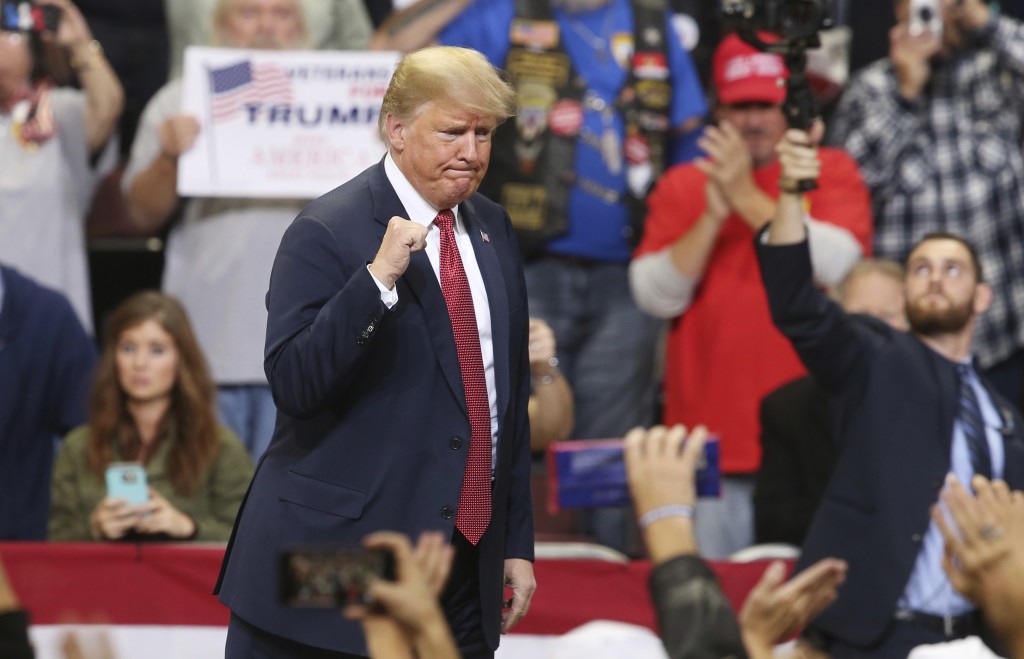 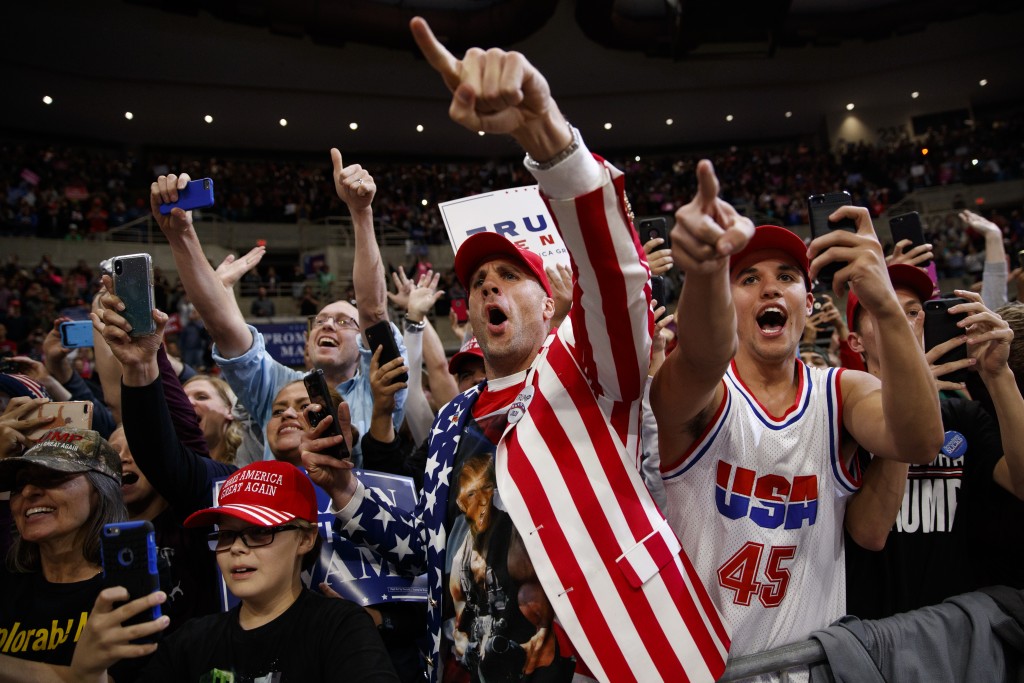 WASHINGTON (AP) — President Donald Trump is battling Democrats for control of Congress. But you might think it's 2016 all over again.

As the 2018 midterms shifted to the final two weeks of campaigning, Trump was staging a large Monday night rally in Houston, Ted Cruz's hometown, to help the Texas senator and 2016 presidential rival fend off a tough challenge from Democratic Rep. Beto O'Rourke.

During the 2016 primaries, Trump mocked Cruz as "Lyin' Ted," insulted his wife's appearance and suggested Cruz's father played a role in the Kennedy assassination. Cruz assailed Trump as a "sniveling coward" and told Trump to leave his wife alone. But campaigns have a way of letting bygones be bygones.

Democrats dispatched former President Barack Obama to Las Vegas to help Nevada Democrats while former Vice President Joe Biden was barnstorming Florida. Vermont Sen. Bernie Sanders, who tried to wrestle the 2016 Democratic nomination from Hillary Clinton, was in Wisconsin, one of the states that propelled Trump to his stunning upset.

And California Sen. Kamala Harris, a potential 2020 presidential candidate, was kicking off a two-day trip to Iowa, her first to the home of the nation's first presidential caucus.

Democrats are trying to flip nearly two dozen House seats to regain control of that chamber. Republicans are trying to maintain a slim Senate majority and defend several governors' mansions.

House Democratic leader Nancy Pelosi says if the election were held today, her party would "handily" win back control of the House. But she's raising the possibility of an unpredictable finish to the midterms, adding, "I can only speak in the present tense because you never know."

Democrats have been wary about potential foreign interference in next month's elections, concerned that Russia might again try to sow discord in the political system. House Democrats are expected to reopen the investigation into Russian interference in the 2016 election if they win the majority.

Pelosi told CNN's Dana Bash at CITIZEN by CNN political forum that Democrats will "own the ground" to produce a large voter turnout, promising lower prescription drug costs and infrastructure spending if Democrats win back the House.

Asked if she believes House Democrats will elect her speaker again if they regain the majority, Pelosi says "it's up to them to make that decision but I feel pretty comfortable where I am on it."

Former presidential candidate Bernie Sanders told college students and other young supporters in Wisconsin that they could "transform" the nation if they show up and vote in the upcoming fall elections.

Sanders headlined an early voting rally at the University of Wisconsin-Milwaukee aimed at defeating Republican Gov. Scott Walker and re-electing Sen. Tammy Baldwin, D-Wis. Organizers said there were more than 1,100 people at the rally.

Wisconsin is one of the campaign's epicenters. Trump is returning to the state Wednesday for a rally with Walker and Leah Vukmir, Baldwin's Republican opponent. Obama is coming to Milwaukee Friday for an early voting event.

Polls show Walker's race against state education chief Tony Evers to be a tossup, while Baldwin has consistently led Vukmir.