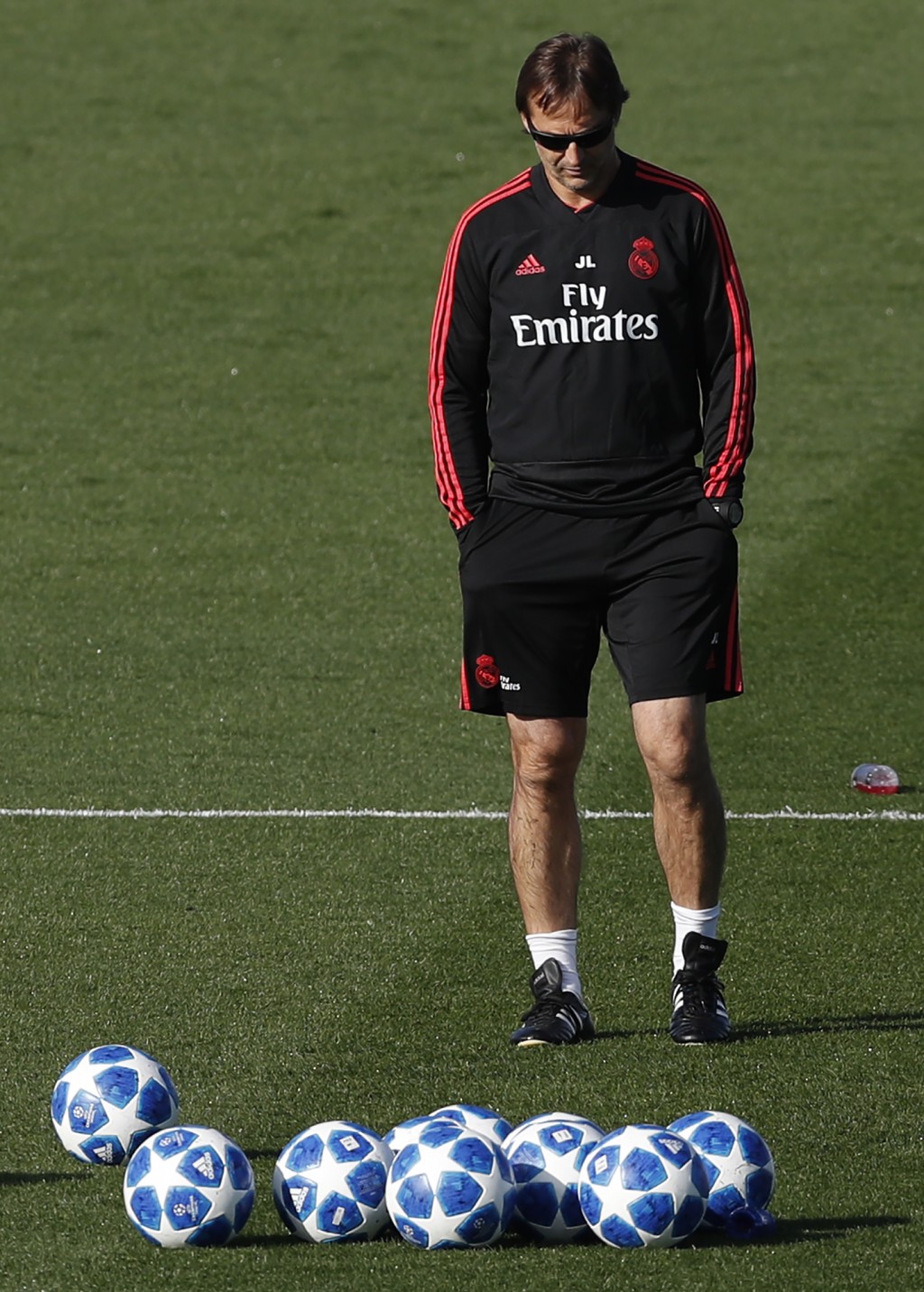 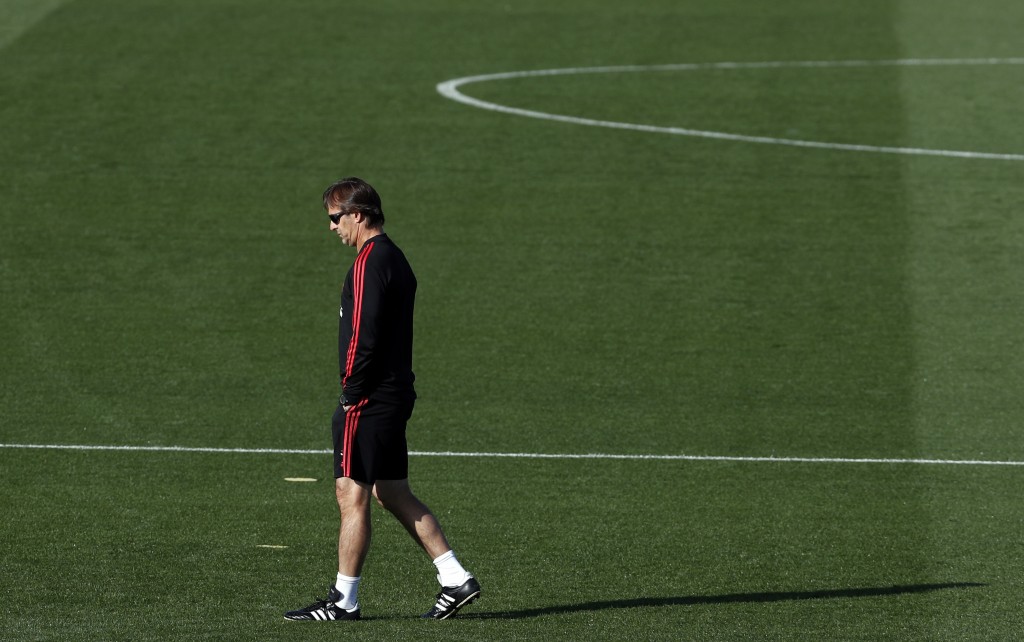 MADRID (AP) — Most Real Madrid fans have lost their patience with Julen Lopetegui, but the coach still has his players behind him.

Lopetegui is under fire with Madrid on a five-game winless streak that included its longest scoring drought ever. Fans loudly jeered the team and coach after Saturday's 2-1 home loss to Levante and, although Lopetegui is only a few months into the job, many already want him out.

"That would be crazy," midfielder Francisco Isco Alarcon said Monday, a day before Madrid hosts Viktoria Plzen in the Champions League. "We have to let him do his job. It's been only two months. In the end, we should be the ones being let go, we are the ones playing. This is on everyone, not only the coach. I'm fully confident that together we can still have a great season."

Captain Sergio Ramos had already come out in support of Lopetegui after the loss to Levante, the team's third straight in all competitions.

"Changing coaches is never good," Ramos said. "Julen has the support of the players and we all have to overcome this together. Obviously this is a very bad streak for Madrid and that can't happen, but we are still very much alive in the league, there's not a huge difference in points to the teams at the top."

Madrid is seventh in the Spanish league with 14 points, four fewer than leader Barcelona after nine matches. In the Champions League, the three-time defending champion is third in Group G with three points, tied with Roma and one point behind leader CSKA Moscow, which beat Madrid 1-0 in the last game. Viktoria Plzen has only one point after two matches.

"I'm not thinking past tomorrow's match," Lopetegui said. "If you are looking for a dejected coach, don't coming look here. This club will always keep fighting."

Even if Madrid gets past Viktoria Plzen, Lopetegui will still have to survive the "clasico" at Barcelona next Sunday. It will be the biggest test since his controversial arrival after being fired from Spain's national team just before the World Cup for not telling federation officials about his deal to coach Madrid.

"I'm not paying attention to what is being said about me, I'm focused on my team and on analyzing our opponents," Lopetegui said. "If you ask me about the future, I can't answer you. What I can confirm is that tomorrow I'll be the coach. We can still reverse this situation, which we know is not an ideal one."

Marcelo's goal against Levante was Madrid's first in 481 minutes, a negative milestone that comes in the first season without Cristiano Ronaldo in nearly a decade. Madrid had already lost 3-0 at Sevilla and 1-0 at Alaves, and its only point in the last five matches came in a 0-0 home draw against Atletico Madrid in the city derby.

"Hopefully it's all in the past and tomorrow will mark a turning point so we can regain the confidence to change this dynamic," Isco said.