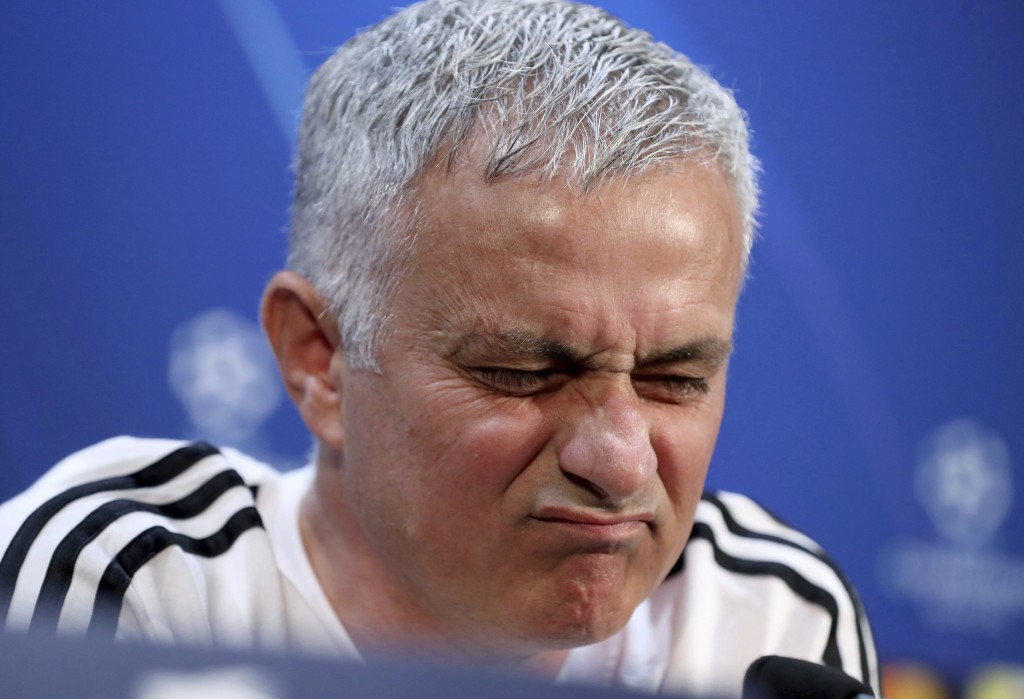 MANCHESTER, England (AP) — The fire is back inside Jose Mourinho.

Two weeks ago, the Manchester United manager was swearing in front of a television camera . Two days ago, he was involved in a touchline fracas at the end of a Premier League game. And on Monday, he was expressing a desire for a long stay at England's biggest club.

"I'm happy to see my contract out to the very last day of that contract," Mourinho said Monday, "and I would like to stay after my contract ends."

That Mourinho felt emboldened to talk about a long-term future at United is a sign he believes his position at Old Trafford is more secure after fevered speculation in recent weeks.

Since the night at the start of this month when headlines emerged in a major British newspaper that Mourinho was about to be fired, United has come from two goals down to beat Newcastle 3-2 and then was only denied a win at Chelsea on Saturday after conceding a goal in the sixth minute of stoppage time.

Mourinho is still under pressure but the crisis appears to have abated — for now. And some of his charisma and confidence is returning.

In Monday's news conference ahead of a Champions League match against Juventus, Mourinho didn't like the questions he was getting so he decided to answer his own.

He proceeded to return to Saturday's melee at Stamford Bridge, which saw Mourinho react to the taunts of one of Chelsea's backroom staff, Marco Ianni, after Chelsea's late goal that secured a 2-2 draw. Mourinho leapt from his seat in the dugout and attempted to confront Ianni, only to be held back by security staff and members of his own coaching team.

On Monday, the English Football Association said Mourinho had been "formally reminded of his responsibilities" in relation to Saturday's incident. Ianni was charged with improper conduct.

And just like that, the agenda had changed. It was typical Mourinho.

Lose to Juventus at Old Trafford on Tuesday, and the pressure could be back on Mourinho as United's chances of advancing from its Champions League would be in the balance.

After beating Young Boys, United drew 0-0 at home against Valencia and is two points behind Juventus in second place. After the back-to-back games against Juventus, United could soon find itself in third place.

Returning to Old Trafford with Juventus is Ronaldo, who played for United from 2003-09 before moving to Real Madrid, where he played under Mourinho.