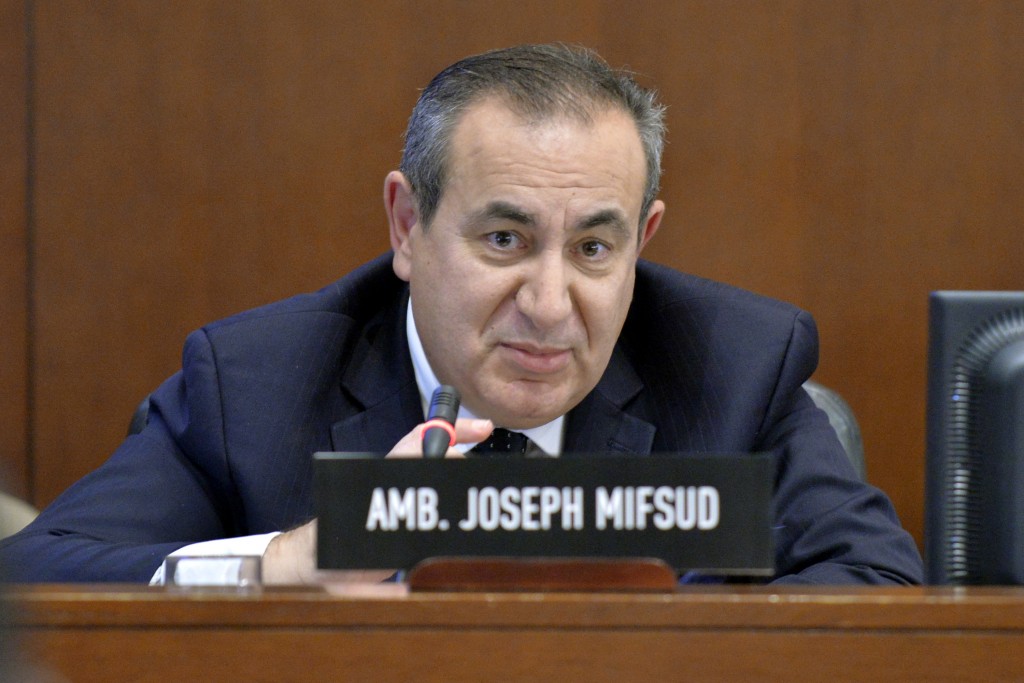 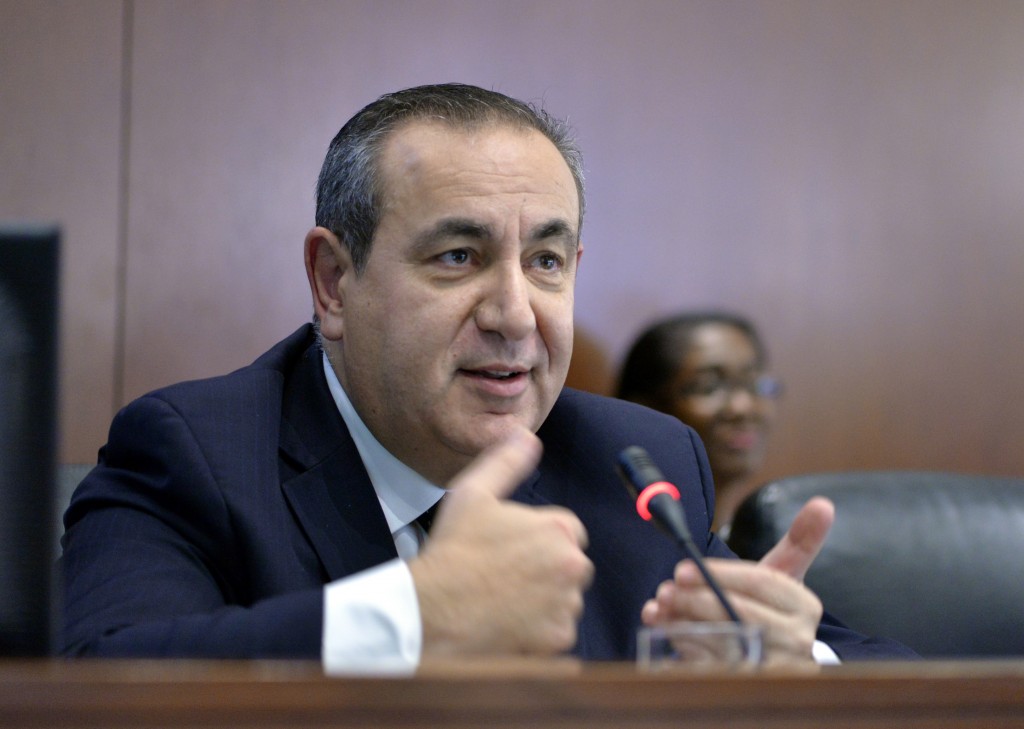 LONDON (AP) — The Maltese academic who allegedly dropped the first hint that Russians would interfere in the 2016 U.S. presidential election has gone missing — and an Associated Press investigation shows that this isn't the first time.

Joseph Mifsud has emerged as one of the more enigmatic players in U.S. special counsel Robert Mueller's investigation into alleged Russian meddling in the U.S. presidential election.

"Joseph has the habit of disappearing," said Abdelhamid ElZoheiry, one of Mifsud's successors at the Euro-Mediterranean University in Slovenia, where the latter had a troubled tenure as president during a between 2008 and 2012.

A U.S. court document made public last year alleged that it was Mifsud who dropped the first hint of the hacking that rocked the presidential campaign when, at a London meeting in April 2016, he told an adviser to Republican presidential candidate Donald Trump that the Kremlin had "thousands of emails" about his Democratic rival, Hillary Clinton.

Mifsud dropped out of sight almost immediately afterward and hasn't been seen publicly for nearly a year. His own lawyer hints that the 58-year-old is being kept quiet by shadowy, unidentified spy agencies. A recent U.S. court filing even suggested that he could be dead.

But the AP has documented at least three previous attempts by Mifsud to drop out of sight when he is caught up in scandals.

The AP investigation doesn't answer the key question of whether he was acting on behalf of the Russian government — wittingly or otherwise — when he allegedly passed the emails tip to the Trump team. But it does suggest a man with a knack for getting into trouble and going to ground.

One of Mifsud's disappearing tricks took place at the Euro-Mediterranean University, which Mifsud abruptly left in 2012 without repaying 30,000 euros (worth $39,900 at the time) of expenses. He became totally unreachable — letters sent to addresses for him in London, Malta and Rome went unanswered, according to university board minutes obtained by the AP. A critical Slovenia government report published in 2013 criticized his management at the university for its lack of transparency and said his tenure had left the institution with "no reputation, either at home or abroad."

Mifsud had disappeared before, in 2006, when administrators at the University of Malta discovered irregularities in the European Unit that he managed, according to two ex-colleagues who spoke on condition of anonymity to discuss confidential university business.

Letters from an auditor brought in to investigate the situation went unanswered and Mifsud didn't return to his job after a year's leave. Eventually, the university lost patience with the missing academic and wrote to him on Nov. 15, 2007, threatening to terminate his post.

The following month Mifsud responded — but just to tell the university he was quitting.

Mifsud went missing once more in Italy, where in 2017 two separate police forces failed to find him in relation to yet another university funding scandal. A court in the Sicilian port city of Palermo last month ordered him to hand back more than 49,000 euros ($56,700) in overpayments and gave his address as "unknown residence."

The AP has found few people ready to speak on Mifsud's behalf. His wife, who declined comment, has filed for divorce, according to court records seen by the AP. A former student in Malta, Matthew Caruana Galizia, said Mifsud came off as "a complete charlatan" when he was lecturing. A former deputy of Mifsud's at the University of Malta, Joseph Grech, called him a "hawwadi," a Maltese word meaning "intriguer."

Mifsud's lawyer, Stephan Roh, disputed the allegations made by Mifsud's former colleagues and students, describing them as either old, unsubstantiated or what he called "defamatory departing music."

"You forget about many positive things about Prof Mifsud," Roh told the AP in an email. "My suspicion is that this may be on purpose."

Roh has assured the AP that Mifsud is alive. His office even sent the AP a photo of Mifsud with a Swiss newspaper dated May 17, 2018. Metadata embedded in the picture, including geographic coordinates and altitude data, suggest it was taken with an iPhone at Roh's office in the Swiss city of Zurich on May 21. Roh would not allow the AP to publish the picture.

Past practice suggests that Mifsud will re-emerge, although he could disappear just as quickly again.

ElZoheiry, the current Euro-Mediterranean University president, said he accidentally ran into his predecessor at a conference in Albania in 2015. Mifsud was friendly, and ElZoheiry said he wanted to bury the hatchet, hoping the Maltese academic might help him resolve some leftover administrative headaches.

"Joseph, let's forget the past," ElZoheiry recalls saying. "I just want to have your point of view on these issues."

They had lunch and Mifsud shared his telephone number, assuring his successor he'd be happy to answer any questions. But when ElZoheiry called a few weeks later, he said "the phone number didn't exist."

The Egyptian academic said he still remembers how serene Mifsud seemed despite the scandals he left in his wake.

"Sometimes I envy the guy," ElZoheiry said. "If I had a small percentage of his trouble, I couldn't sleep at night."

Raphael Satter is reachable at: http://raphaelsatter.com