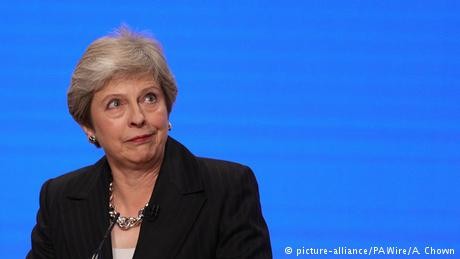 British Prime Minster Theresa May will tell lawmakers on Monday that Brexit negotiations are "95 percent complete" and that "important progress" has made on the UK's withdrawal from the European Union since last month's Salzburg summit.

According to a statement released ahead of her address, May will attempt to highlight how much progress has been made over the last three weeks of Brexit talks. Negotiators, she will tell the British parliament, had reached agreement on issues ranging from Gibraltar to the future security cooperation.

"Taking all of this together, 95 per cent of the Withdrawal Agreement and its protocols are now settled," May will say.

However, the border between Northern Ireland, part of the UK, and the Republic of Ireland, an EU member, remains a crucial sticking point. Both sides want to avoid a hard border, fearing that it could reignite unrest between republicans and unionists. However, London and Brussels have so far been unable to reach a workable solution.

The prime minister is set to once again voice her opposition to the EU's Irish backstop proposal, which would keep Northern Ireland in the European customs union and create a de facto border in the Irish Sea.

Such a move would break up the integrity of the UK, she will say. "I do not believe that any UK Prime Minister could ever accept this. And I certainly will not."

May tries to contain Tory rebellion

Although talks on the Irish backstop have stalled, May will hope nonetheless that her speech reassures both euroskeptics and EU supporters alike.

The pro-Brexit wing of her Conservative Party has been particularly irked by the suggestion that the status-quo transition period could be extended beyond the current December 2021 end date. Euroskeptic lawmakers have accused her of leading the UK towards a deal that would see it become what they describe as a "vassal state."

Monday's edition of the UK's Daily Telegraph newspaper reported that May had struggled to shore up sufficient support from minsters during a conference call on Sunday and is close to facing a confidence vote in parliament.

According to the newspaper, Tory rebels seeking to oust May were just two letters of discontent away from triggering a leadership contest.