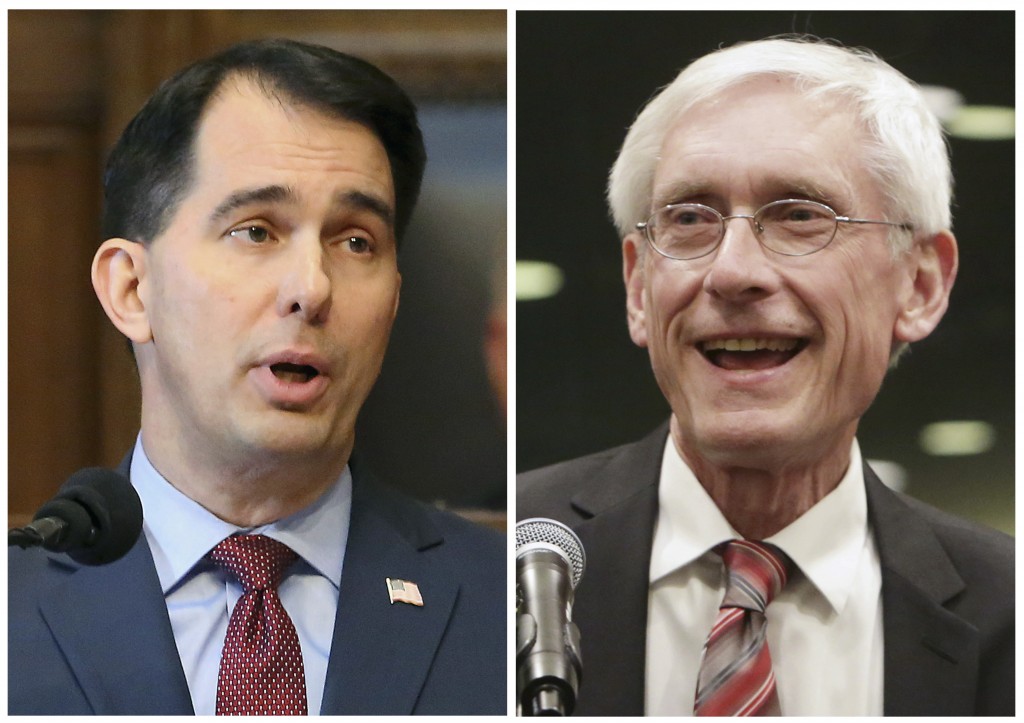 MILWAUKEE (AP) — Wisconsin Gov. Scott Walker has made a career of winning close races, but he's talking a lot these days about losing the one he's in right now.

If Walker loses, it would be one of the bigger upsets of the midterm. He's won election and re-election despite two victories in his state by Barack Obama. He also beat a 2012 recall attempt by Democrats incensed by his attack on public-sector unions.

But Walker's approval rating is below 50 percent and President Donald Trump's is worse. He's struggling even though the state's economy is humming.

Evers is hoping to tap voter unhappiness on major issues like health care, education and roads.