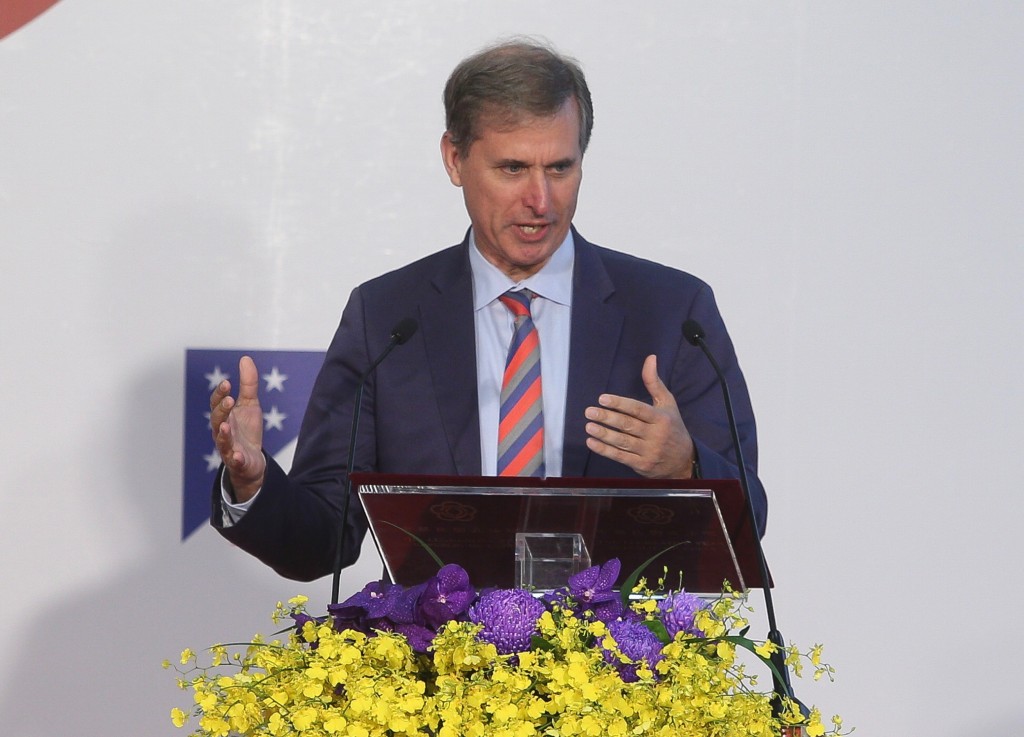 TAIPEI (Taiwan News) — Taiwan teamed up with the United States to hold an international workshop Thursday on promoting media literacy as coordinated attacks of disinformation are gradually seen by democratic countries as a challenge to national security.

“Disinformation is a threat to all democracies,” said Scott Busby, U.S. deputy assistant secretary of state who arrived in Taiwan on Tuesday to open the two-day workshop titled Defending Democracy through Media Literacy, an event as part of a Taiwan-U.S. cooperative program.

“At a time of democratic backsliding and human rights abuses elsewhere in the Indo-Pacific region, Taiwan serves as an invaluable model to others,” said Busby, pointing out in his remarks that several states in the region, including Myanmar, Vietnam, and China, have continued to exploit their power to either spread disinformation for their own benefit or to suppress freedom of speech.

“Effectively countering disinformation is essential to protecting our democracy and upholding our national security,” said Busby, urging democracies like Taiwan and the United States to stand together in promoting a brighter future that is free of repression, censorship, and exploitation.

Busby also called for a well-informed citizenry in addition to efforts made by governments and private companies to tackle the problem of fake or distorted information. “The United States will continue to support efforts to strengthen civil society and promote media literacy in the Indo-Pacific region and across the globe,” added Busby.

As both location and general elections in Taiwan are approaching, there have been growing cases of disinformation spread online targeting the government and politicians. “Taiwan is on the frontline when it comes to coordinated attacks of disinformation, designed to sow discord in society and disrupt our way of life,” said Foreign Minister Joseph Wu (吳釗燮).

“If through media literacy, we are able to build a society that is more educated and better informed, we end up with a democracy that is stronger and more resilient,” said Wu.

Echoing the minister’s statement, Director of the American Institute in Taiwan (AIT) Brent Christensen remarked, “A well-informed citizenry that can effectively distinguish between credible and false reports is a citizenry that is better prepared to vote intelligently and hold their leaders accountable.”

Democratic societies like the United States and Taiwan will respond to the insidious attacks of disinformation with resilience, creativity, and confidence provided by the values and freedom they have enjoyed and upheld, added Christensen.