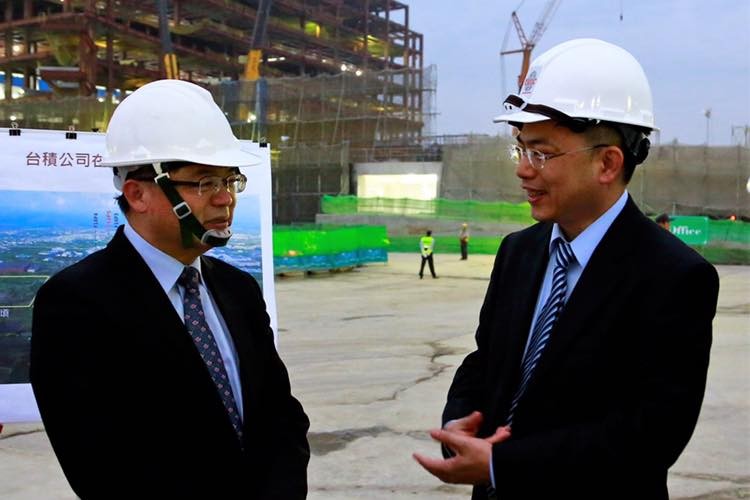 TAIPEI (Taiwan News) – Taiwan Semiconductor Manufacturing Company (TSMC, 台積電) is racing towards its new Tainan factory being operational in 2020, with the site being potentially the fastest construction anywhere in the world, according to Acting Mayor of Tainan, Li Meng-yen (李孟諺).

Li said the site has around 5,000 workers laboring around the clock on the 40 hectare plot, and steel construction is almost complete, in a Facebook post on Oct. 18.

The upcoming factory will produce TSMC’s new 5nm chips, which is expected to be put into production sometime in late-2019, or 2020. In addition to the new 5nm factory, TSMC will build a separate 3nm factory at the same site, with construction on the 3nm factory expected to begin in the coming months.

Machinery will be installed into the 5nm factory in 2019, and production of 5nm chips will begin in 2020, according to Li.

Li claimed problems surrounding land use, water supply, and electricity supply had been taken care of by joint efforts between local and national governments.

The massive Tainan investment by TSMC is one of 45 major investment cases, totaling NT$110.9 billion (approximately US$3.58 billion), currently occurring in the city. These investments will help drive Tainan’s economy and will bring opportunities for the people to stay in the region, reckoned Li.

TSMC is also a leading producer of 7 nm chips, and was recently named the exclusive supplier of Apple’s new A13 chips, used in upcoming iPhone and iPad products.