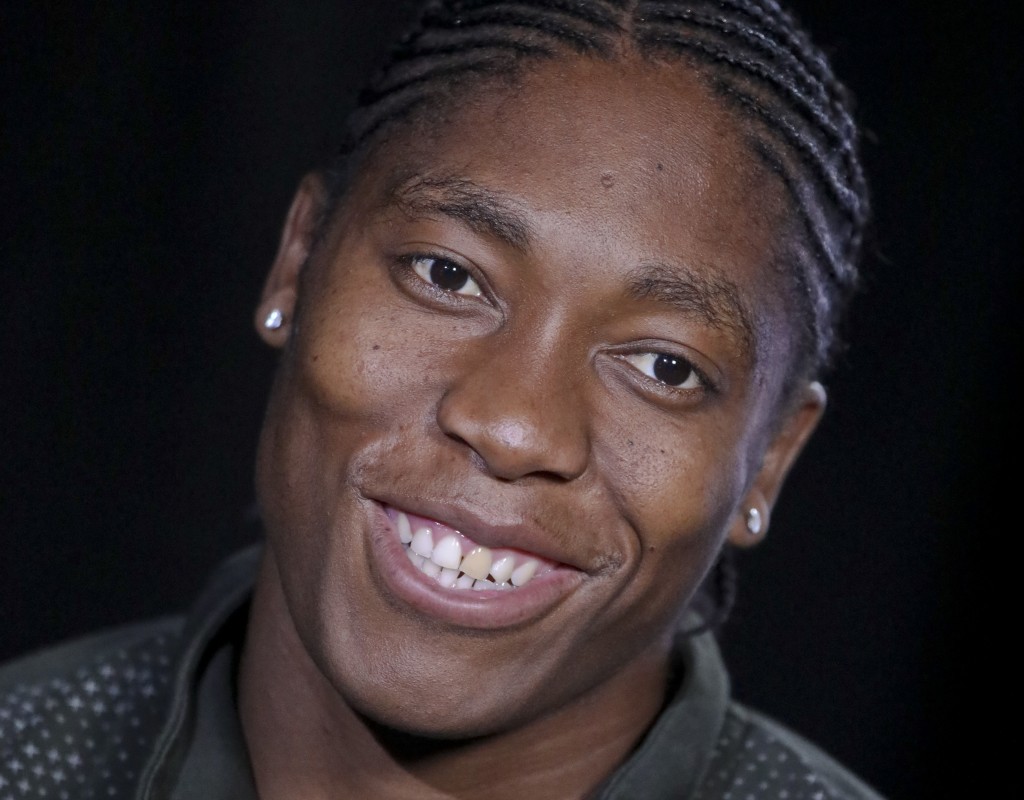 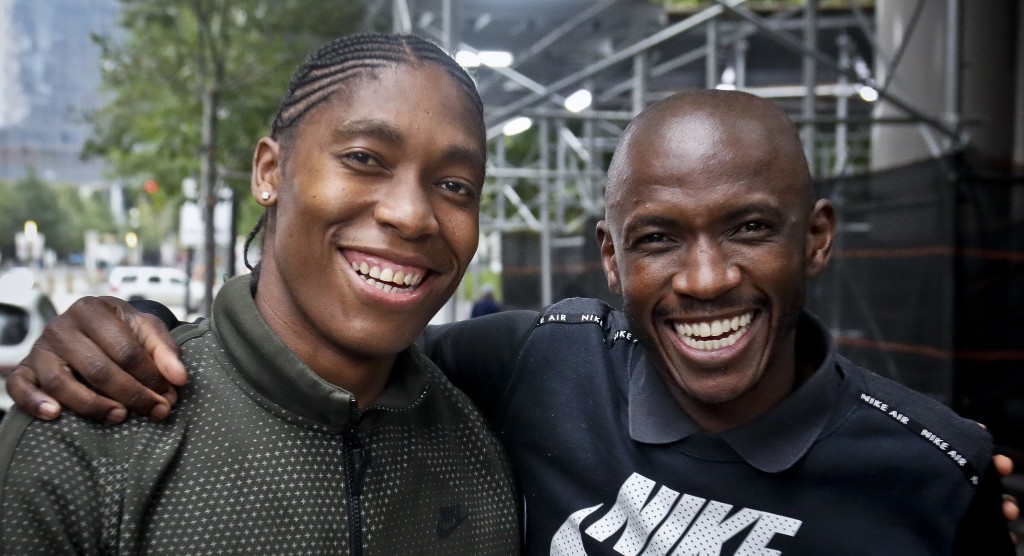 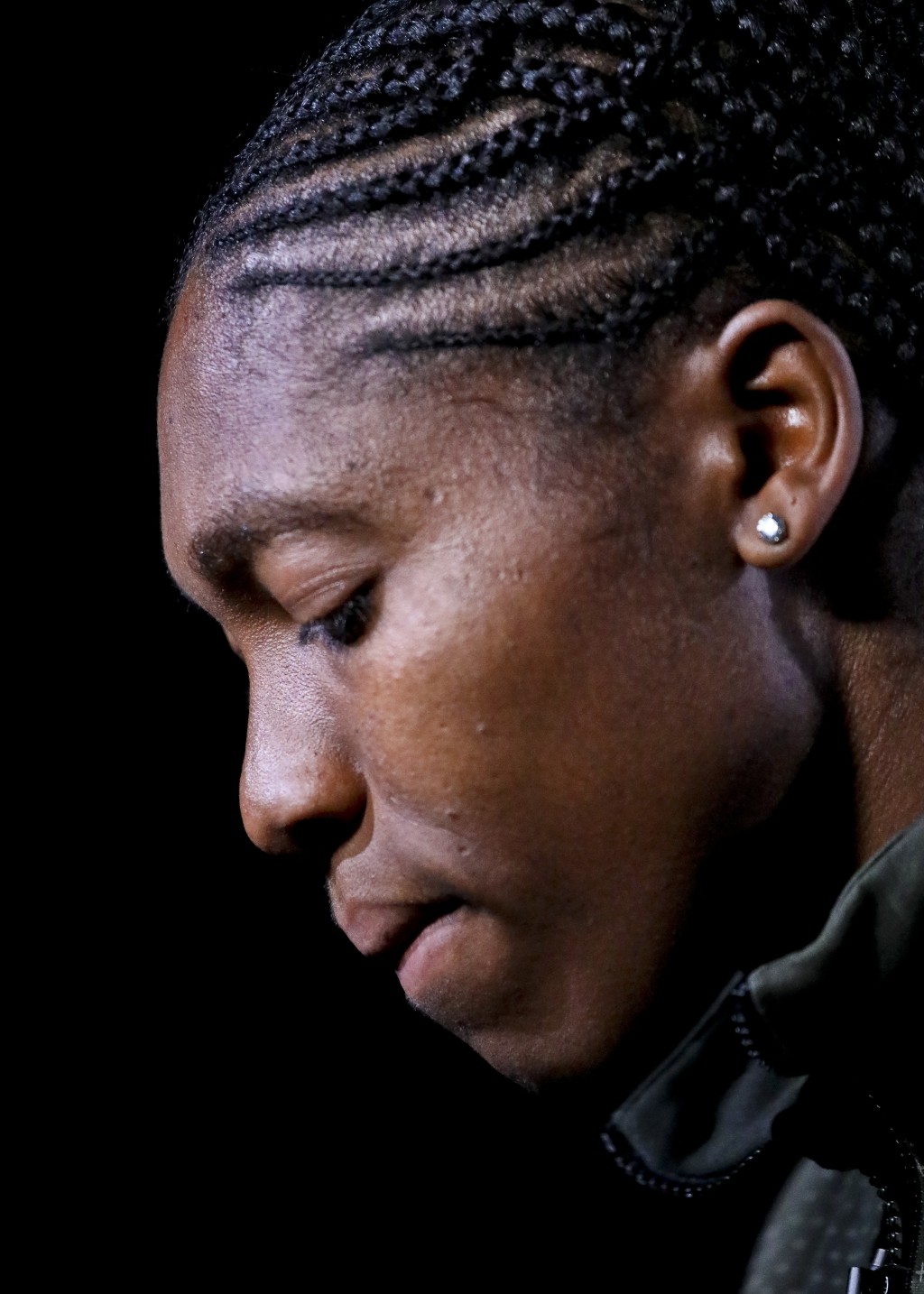 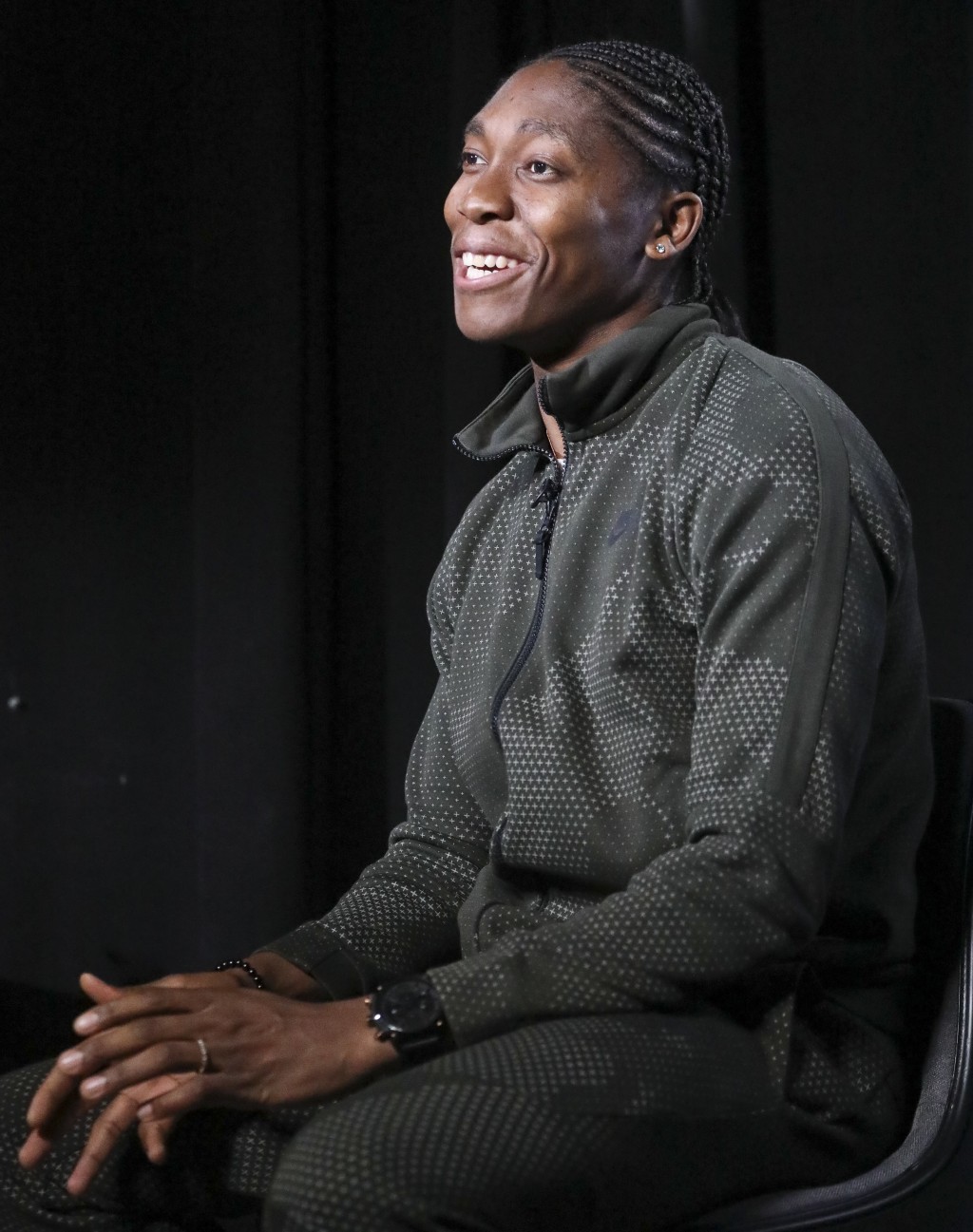 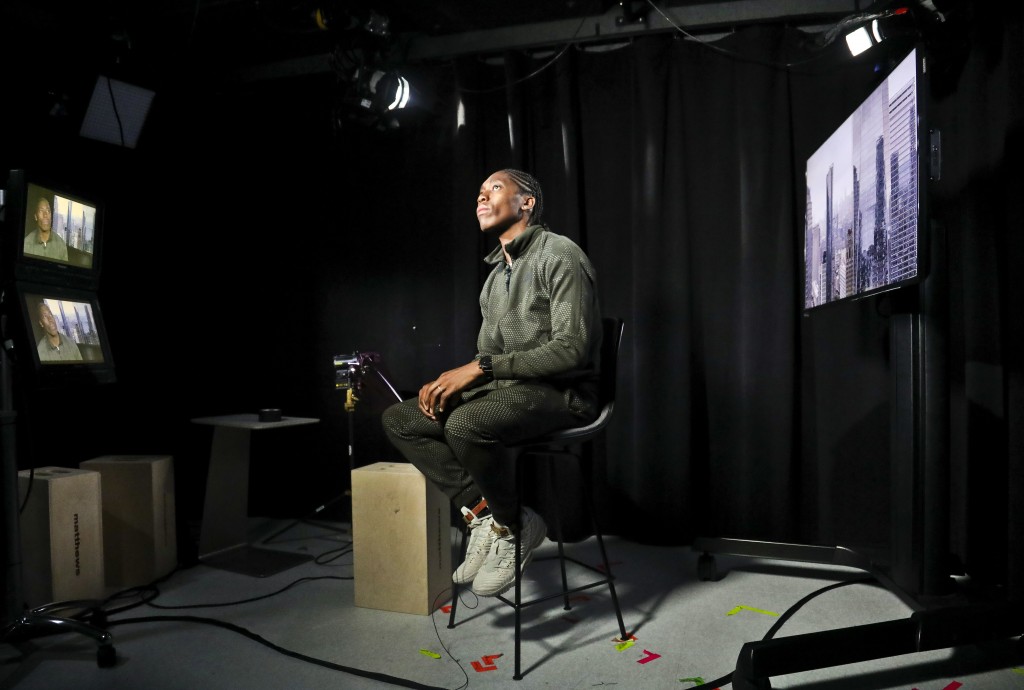 NEW YORK (AP) — South African track star Caster Semenya can add LeBron James to the list of admirers ahead of her showdown with the international track and field governing body.

James watched the world and Olympic 800-meter champion win a race last month in Berlin. She's his fan, and they're both Nike-sponsored athletes.

"You know, in American language they say 'you're dope,'" said a smiling Semenya, who wore James' white and gold Nike shoes with a lion head on the back. "He told me to keep on working hard, I'm a special kid. I was deeply touched."

James is just one of Semenya's global fans, supporting a fight against world track officials that's dragged on nearly a decade. The IAAF wants to limit the eligibility of female middle-distance runners who have naturally high levels of testosterone . Semenya — who has not often spoken openly about challenges — is taking control of her message, joining Nike sponsored-athletes like James, Colin Kaepernick and Simone Biles in a series of ads.

In the video "I was Born to Do This," Semenya asks: "Will it be easier for you if I wasn't so fast? Will it be simpler for you if I stopped winning? Would you be more comfortable if I was less proud?"

Semenya says her audience is not her critics or competitors.

"It's just to inspire the youth, to be honest," she said. "They see light in me. So they can see a better future."

On Wednesday night, Semenya will receive the Wilma Rudolph Courage Award from the Women's Sports Foundation and Billie Jean King. Semenya flew 23 hours from Johannesburg, via Dubai, for her first trip to New York.

"Caster is a woman on a mission," King told The Associated Press.

King and the Women's Sports Foundation are supporting Semenya in her latest fight against the IAAF. Females would be required to take hormones to lower their testosterone to compete in international events and the Olympics.

Semenya and Athletics South Africa are challenging the proposal before the Court of Arbitration for Sport (CAS) in Lausanne, Switzerland. On Tuesday, her hearing got pushed back to February, with the possible start of the IAAF's rule on March 26.

Early in Semenya's career, her improved times and what some competitors considered a masculine appearance drew the attention of the IAAF. Before the 2009 world championships in Berlin, the IAAF made her undergo gender tests and the results were not released. But on the day of the final, it became public she'd been tested. The 18-year-old Semenya won the 800 title despite the distractions.

Then the IAAF stopped Semenya from competing for 11 months while conducting more tests. She was allowed to return in 2010, with no explanation from the governing body.

Semenya says her family deals with the critics based on how she responds.

"You cannot control what other people say. I'm the one who can control that by being me," she said. "By being that kid that they raised. That kid with respect and a sense of humor."

The IAAF wants to lower natural testosterone in female middle-distance runners to a maximum of 5 nanomoles per liter of blood. The governing body argues that naturally high testosterone provides a "competitive advantage." There is no equivalent rule for male athletes.

The previous IAAF maximum of 10 nanos for all females was enacted in 2011 and struck down in 2015 by CAS after Indian sprinter Dutee Chand challenged the rule. The current IAAF attempt seeks to narrow the rule to females who run the 400, 800 and 1,500.

"It is always concerning, as a matter of law, when policies appear to be targeted to limit the participation of a small group of individuals," said Suzanne Goldberg, director of the Center for Gender & Sexuality Law at Columbia University.

Semenya's legal firm Norton Rose Fulbright said in statement in June it is necessary to challenge the IAAF's proposal to "protect the rights of all women." Her lawyers say it violates the IAAF constitution, the Olympic charter and universally recognized human rights.

Growing up playing soccer with the boys in the province of Northern Limpopo, Semenya drew strength from meeting Nelson Mandela on several occasions after winning the 2009 world title.

"The wisdom words he has shared with me — it was about educate yourself to be better," she said. "Education is the key to success. Sports does unite people. It changed other people's lives.

"Treat other people with love and respect. If you can learn that, life is just simple."

Russian runner Mariya Savinova — one of the competitors who publicly criticized Semenya's times and physique — was banned from the sport for doping in 2017. Her 800 gold medal from the 2012 London Olympics was handed to second-place finisher Semenya.

King joined more than 60 athletes who wrote an open letter to the IAAF in July, urging it to rescind the proposed standard. U.S. soccer star Megan Rapinoe called out sports federations for policing female bodies but "never our male counterparts." She pointed to the competitive advantage of the wingspan of Michael Phelps, not to mention the long legs of Usain Bolt.

Competitive advantages may include the age an athlete starts training, the quality of coaches and facilities, nutrition and other factors.

"Singling out women's testosterone levels from all possible factors that influence athletes' success is not a sensible or just answer," Goldberg said.

The 27-year-old Semenya is married to Violet Raseboya, her longtime partner and former runner, who is setting up a foundation to benefit youth in South Africa.

In the meantime, she'll keep training until her future is decided by the court.

"South Africa is a rainbow nation for me," said Semenya, who carried the flag at the opening ceremony of the London Olympics. "I stand for my country, I stand for my people, I stand for people who love and support me. They appreciate me for who I am. It's fantastic."