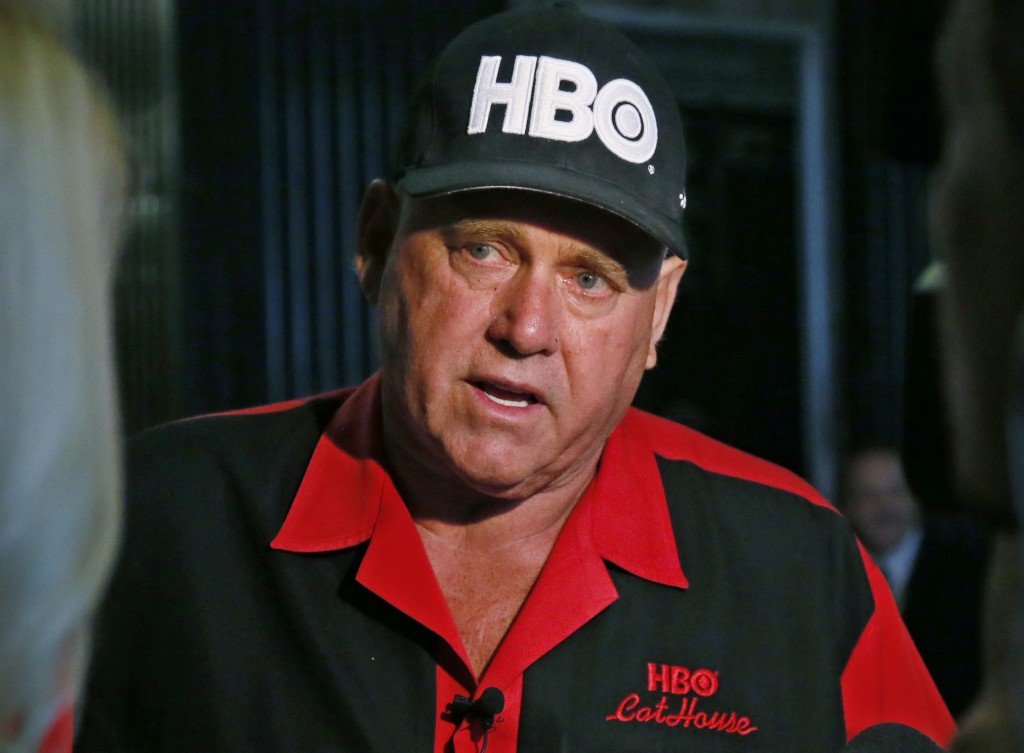 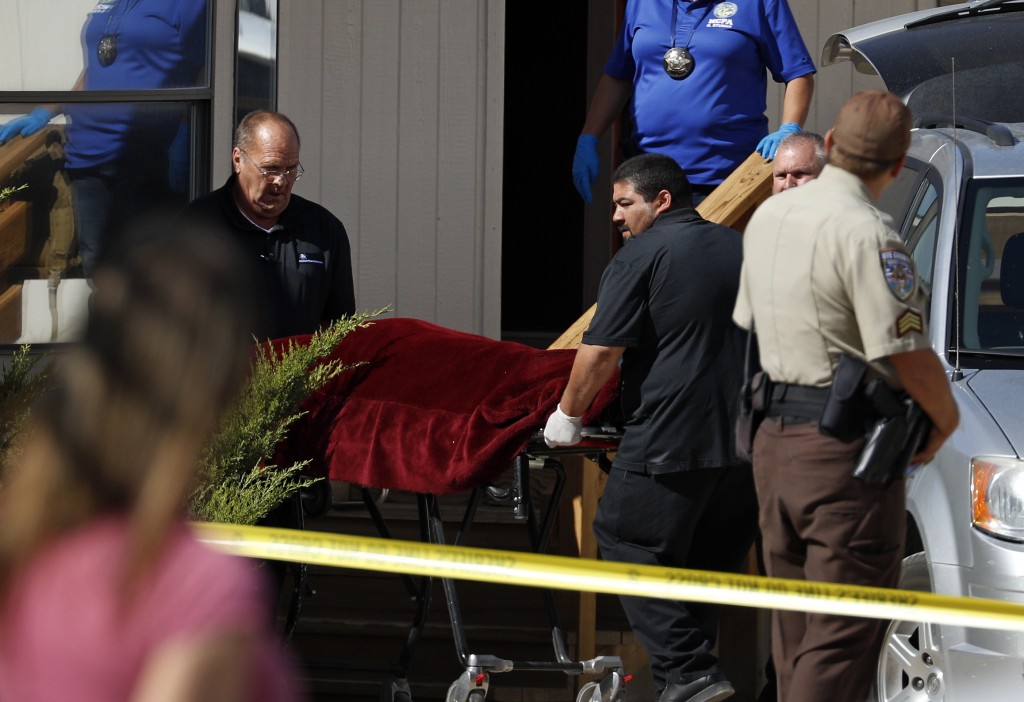 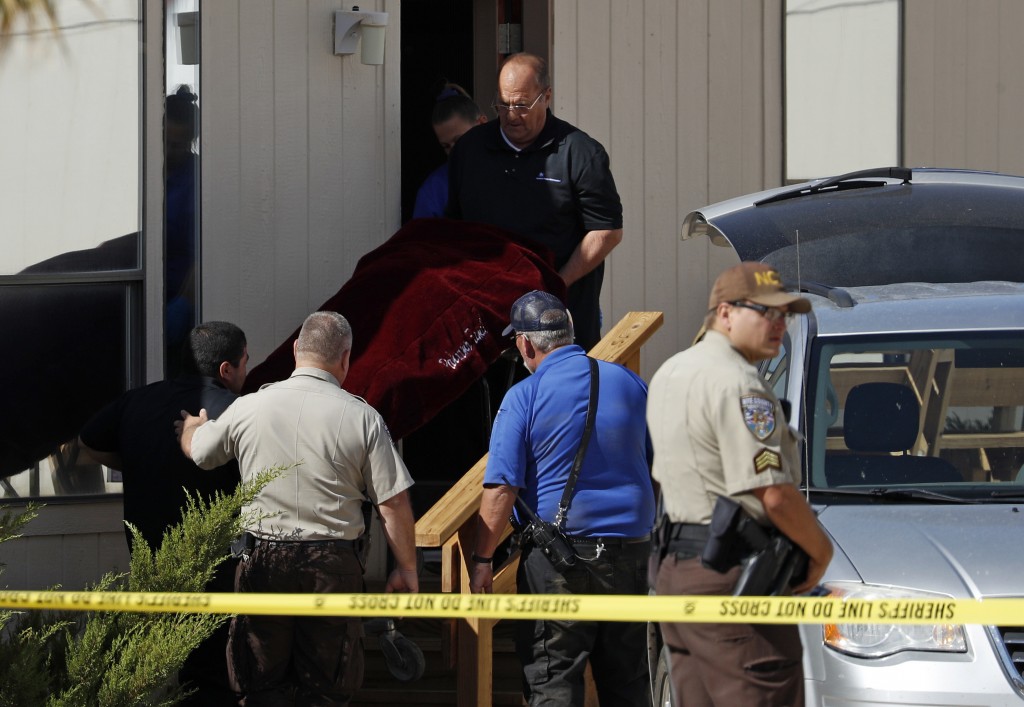 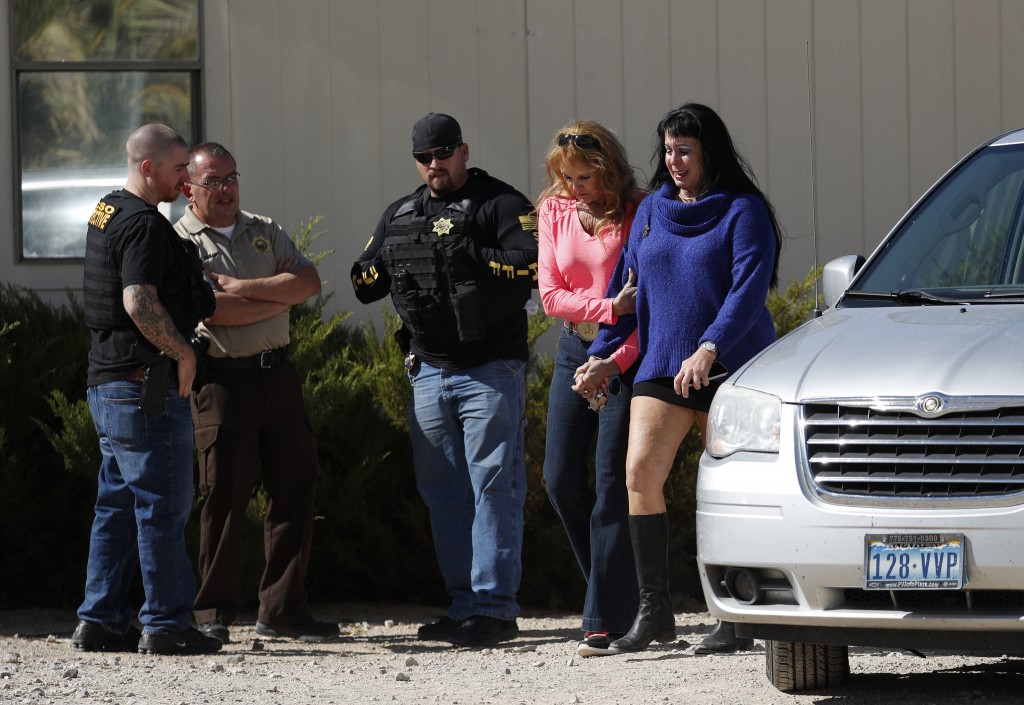 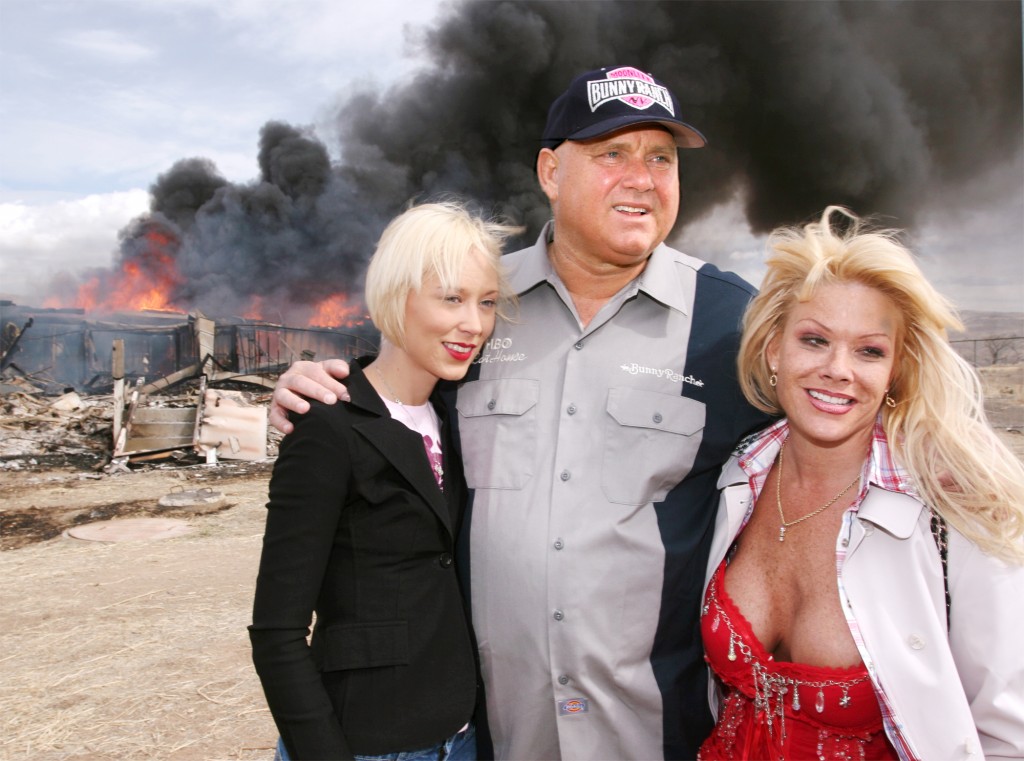 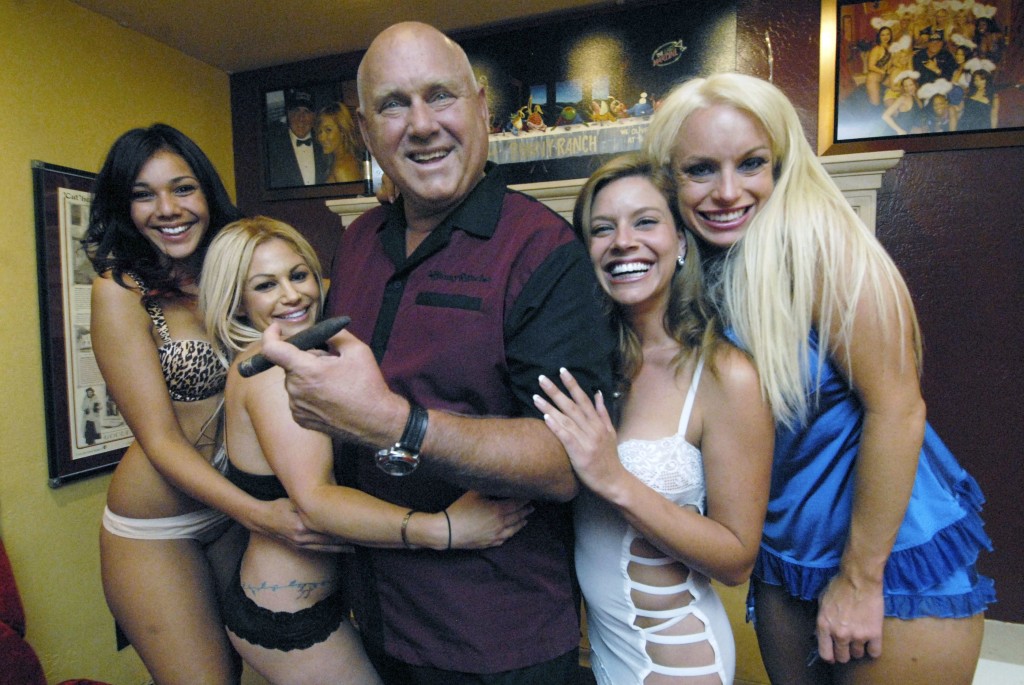 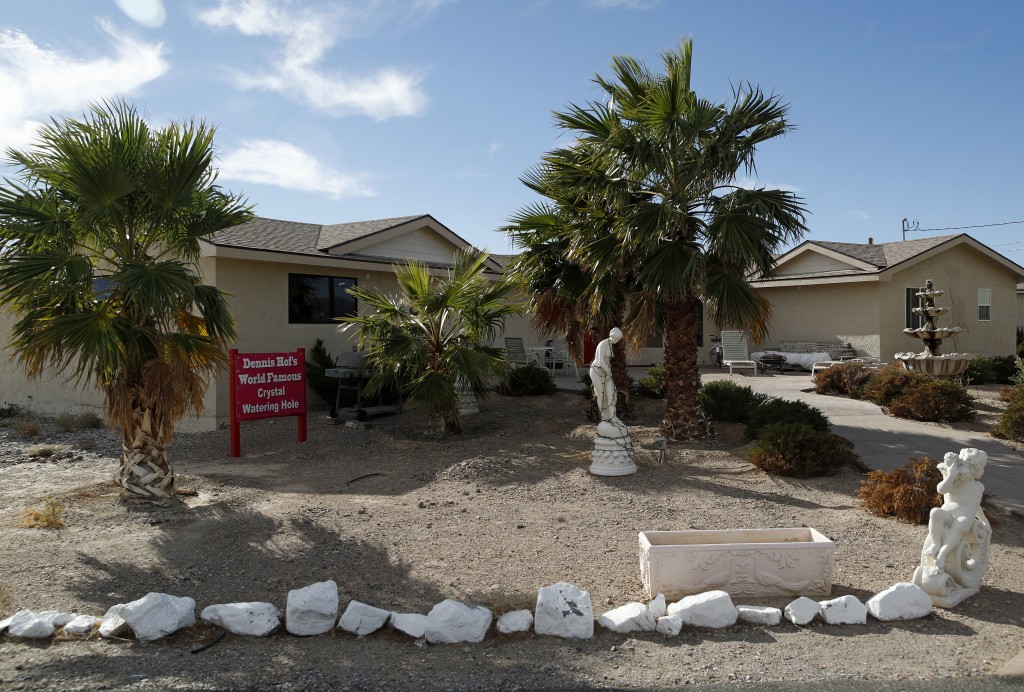 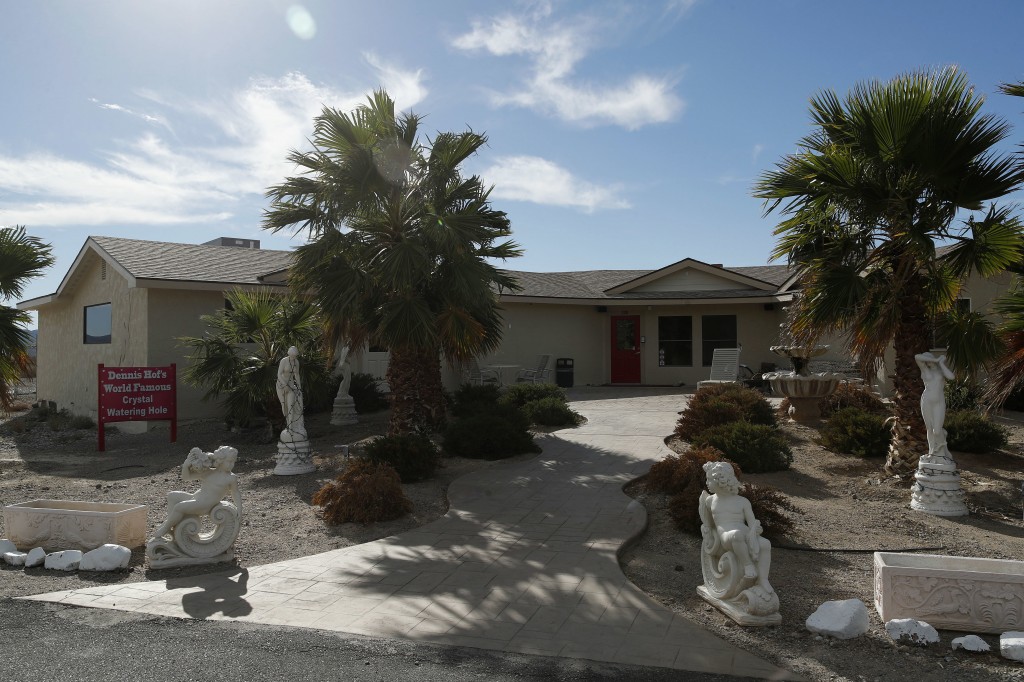 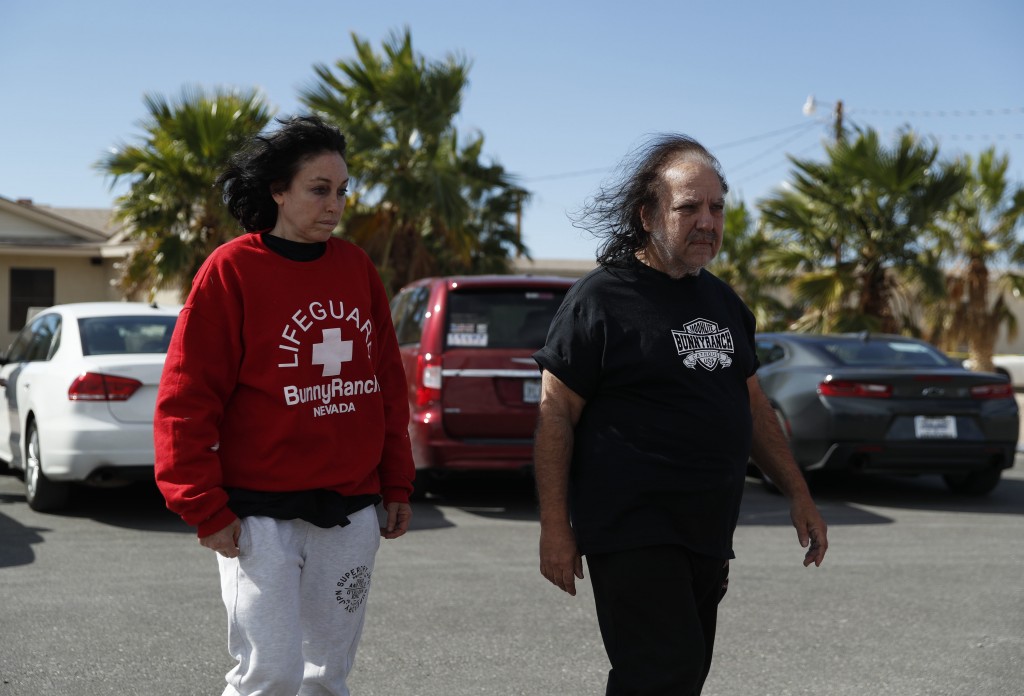 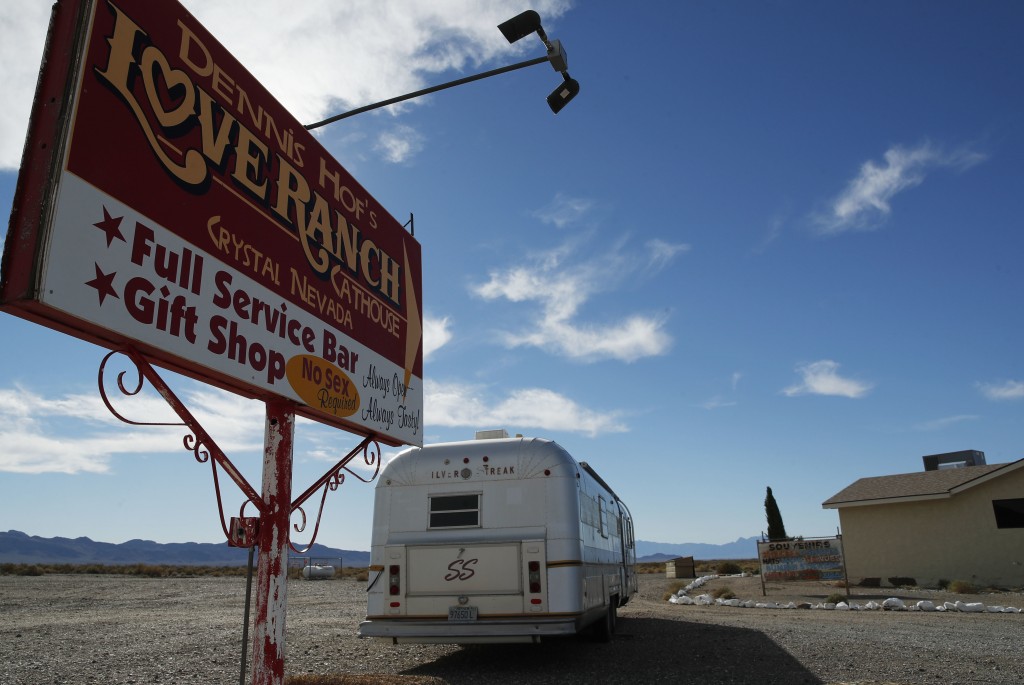 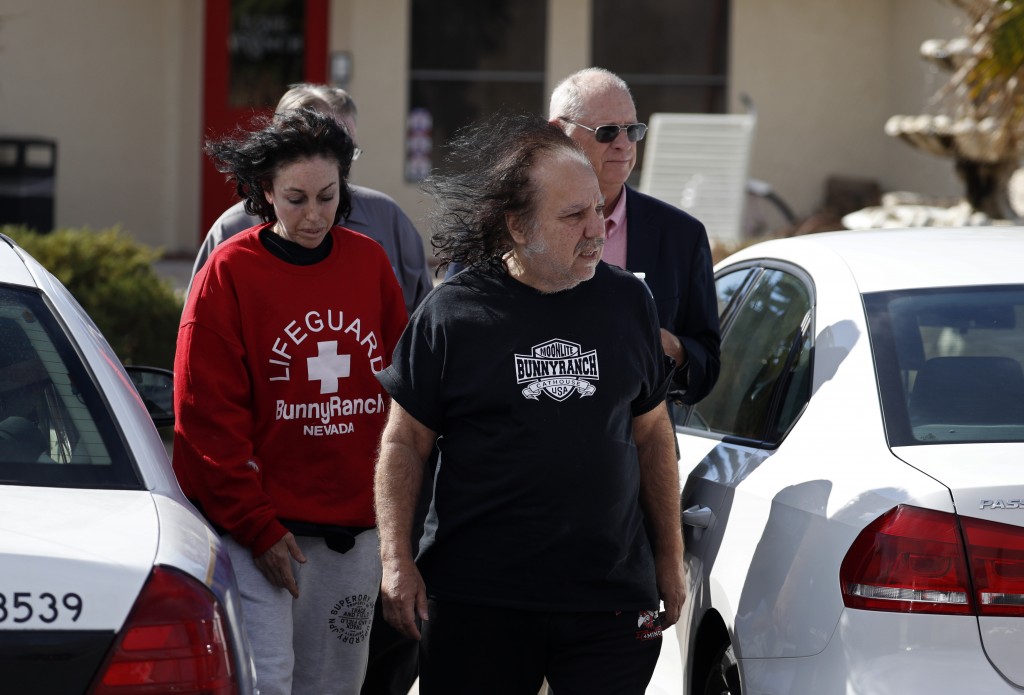 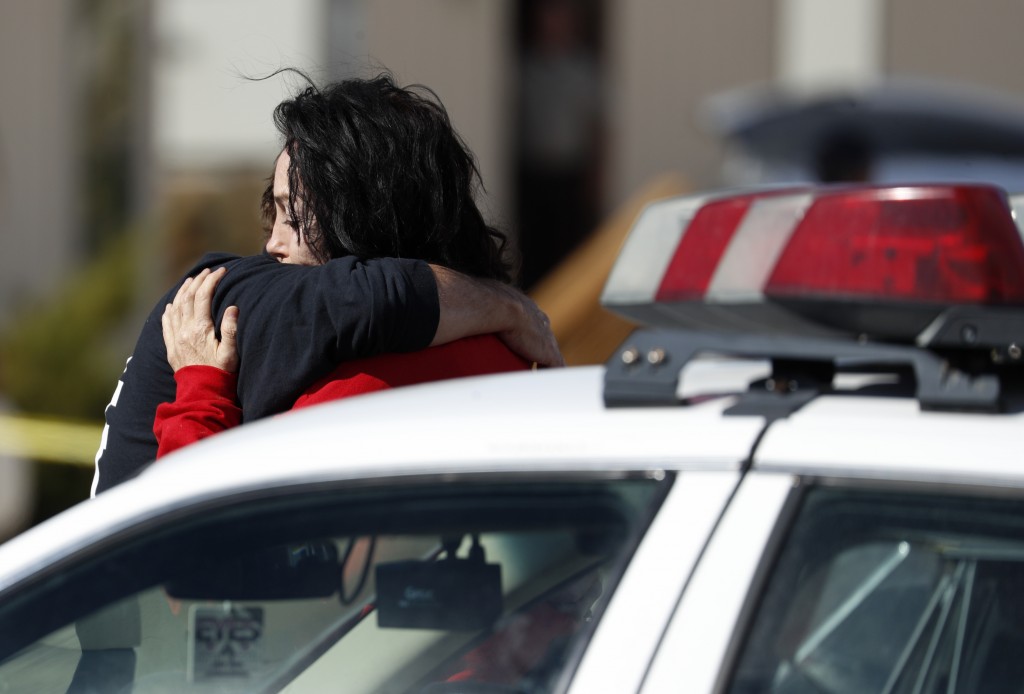 Hof, a Donald Trump-style Republican who won a GOP primary for a seat in the state Legislature this year, spent his last nights in a series of celebrations across Nevada that drew notables from politics and the sex industry — two worlds he managed to bridge.

"Boy, that's shocking," Arpaio, the former six-term sheriff of metropolitan Phoenix, said of Hof's death. He said Hof was in good spirits when Arpaio left the party around 10 p.m.

Hof didn't drink, smoke or use drugs, Hof's campaign consultant Chuck Muth said. Despite the rigorous schedule, Hof seemed in a "perfect mood" and in "perfect health" at the parties.

"He was sitting on a stool talking with people when I left about 10," said Nye County Sheriff Sharon Wehrly, who guessed more than 100 people attended the Pahrump event. "I guess that's partying at 72."

Jeremy, who also attended the Pahrump Nugget party, told The Associated Press that he and Dasha Dare, a prostitute from one of Hof's brothels, found the pimp's body Tuesday morning in Hof's residence at his Love Ranch brothel.

Dare, who Jeremy said spent part of the evening with Hof, did not immediately respond to email and Twitter messages.

Wehrly said there was no preliminary indication of foul play but her office was investigating and an autopsy was scheduled by the Clark County coroner in Las Vegas. Wehrly said results of the medical examination could take six weeks.

Outside the brothel Tuesday, sheriff's employees and several women watched as Hof's body was carried on a stretcher beneath a red shroud past lawn furniture, Grecian-style statutes and signs advertising the bordello as, "Always Open, Always Tasty, No sex required."

Muth said Friday night's celebration in northern Nevada had been a "Save the Brothels" concert raising funds to fight a ballot initiative that would shutter brothels in northern Nevada's Lyon County, where Hof owned four properties.

Hof was the Republican candidate in a heavily GOP state legislative district who brought in popular Trump supporters in his campaign, including Trump adviser Roger Stone and Arpaio, the Arizona sheriff.

Arpaio, known nationally for his positions on illegal immigration, lost a primary bid for the GOP nomination for U.S. Senate from Arizona. He said Hof asked him to speak at his party.

"The thing I liked about him: He was with Trump and was for the Second Amendment and lower taxes," Arpaio said.

Hof owned a handful of brothels in Nevada, the only state that allows them to legally operate.

His Love Ranch brothel is the place where NBA player Lamar Odom was found unconscious in 2015.

The brothel was temporarily shuttered twice this year by regulators who said Hof failed to renew licenses and get proper permits for renovations.

About 20 brothels operate in Nevada, mostly in rural areas.

In addition to his legislative campaign, Hof fought a push to outlaw brothels and had problems with local regulators in the two counties where he ran licensed bordellos.

Hof had also been accused of sexual assault on at least four occasions. The Nevada Department of Public Safety has said it was investigating an allegation made in September but has released few details.

Wayne Thorley, deputy Nevada secretary of state for elections, said Hof's name will remain on the November ballot. Thorley said ballots with Hof's name have already been mailed to voters but signs will be posted at polling places notifying voters of his death.

If Hof wins in the heavily GOP assembly district, officials will nominate another Republican to fill the vacancy, Thorley said.

Hof was running against Democratic Las Vegas educator Lesia Romanov in the race for a sprawling assembly district that touches both California and Utah, covering rural southern Nevada, largest stretches of desert and the Nevada National Security Site where nuclear weapons were tested.

Hof also ran for the state Legislature in 2016 as a Libertarian but lost the race.

He upended Nevada politics this summer when he ousted an incumbent Republican lawmaker in a primary, celebrating at an election night party with Fleiss.

Hof said in interviews that he believed the anti-brothel push and regulatory problems he's faced this year were political retribution.