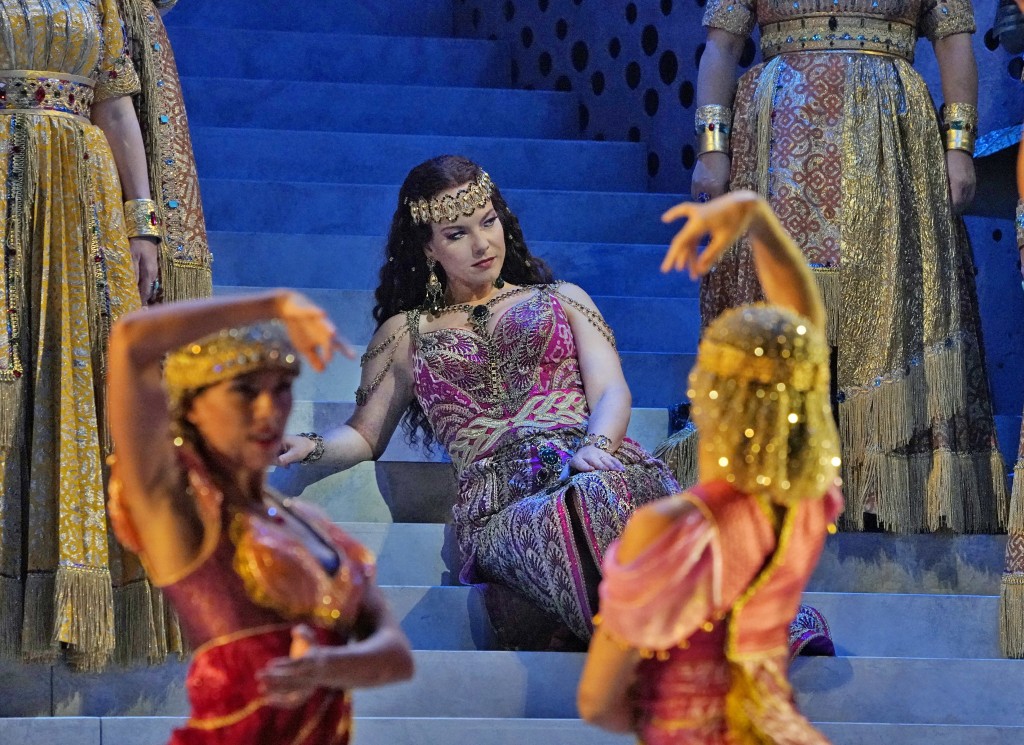 NEW YORK (AP) — Elina Garanca is portraying Dalila at New York's Metropolitan Opera, and even though she lures Samson to his doom, she thinks her character has genuine feelings of love for him.

The mezzo-soprano from Latvia says that before Dalila cuts off the hero's hair, she sings about "how wonderful it would be if ... they could just be two people who connect together."

Her performance in Camille Saint-Saens' opera "Samson et Dalila" can be seen in movie theaters Live in HD on Saturday. Tenor Roberto Alagna co-stars as Samson in a new production by Tony-winning director Darko Tresnjak (Tres-nik).