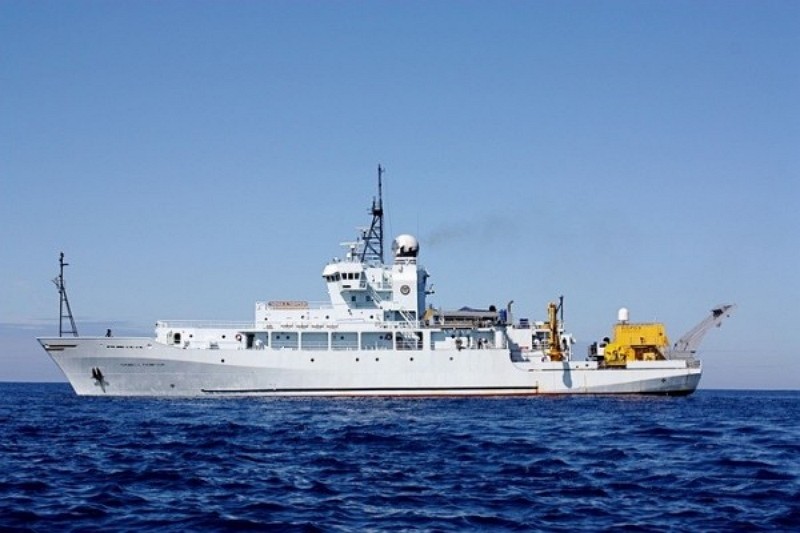 TAIPEI (Taiwan News) – A research vessel owned by the U.S. Navy was seen docking at the No. 9 Pier at the Port of Kaohsiung, sparking speculation about the purpose of its visit to Taiwan, according to a Facebook post by Taiwan’s senior navy commander Lu Li-shih (呂禮詩), former captain of a Jin Jiang-class patrol vessel.

The research ship, Thomas G. Thompson (T-AGOR-23), operated under the U.S. Office of Naval Research, is purportedly visiting Taiwan on a scientific research mission and for academic exchanges, reported Liberty Times on Oct. 16. The Ministry of National Defense has also issued a statement saying the ship is in Taiwan for scientific purposes only.

The U.S. Navy, in collaboration with the Philippines, has launched a project to monitor and investigate the boreal summer intraseasonal tropical oscillation (BSISO) occurring during Northern Hemisphere summer monsoon, according to an article published by the Institute of Oceanography of National Taiwan University on Nov. 6, 2017, wrote the report.

Department of Atmospheric Sciences of National Taiwan University was invited to participate in the project by conducting joint atmospheric and oceanic monitoring on seas northwest of the coast of the Philippines’ Luzon Island.

About 30 scientists from Taiwan, the U.S., and the Philippines converged in a meeting at the Scripps Institution of Oceanography, San Diego last October to discuss details about how the joint effort will be implemented this year, Liberty Times wrote.

Personnel from Taiwan and the U.S. also met to set the dates during which the Thomas G. Thompson will dock at Port of Kaohsiung and then set sail for the South China Sea for this year's oceanographic research.