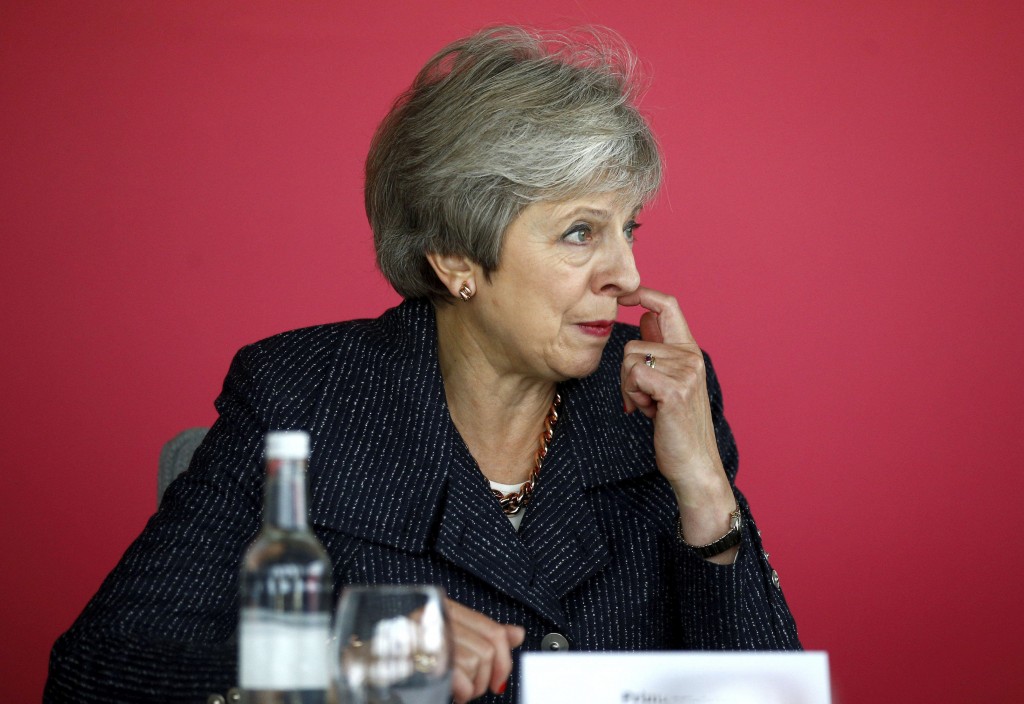 LONDON (AP) — The British government will have to spend an extra 19 billion pounds ($25 billion) a year on public services by the year 2022-23 if it's to deliver on Prime Minister Theresa May's promise to end austerity, a well-respected think-tank said Tuesday.

In an analysis of Britain's public finances, the Institute for Fiscal Studies said May's ambition looks incompatible with another major aspiration — to balance the books by the mid-2020s — without substantial tax rises or much stronger economic growth.

"This is going to be the toughest of circles to square," said Paul Johnson, the IFS's director.

Given that the British economy is being hobbled by uncertainty surrounding Brexit, Treasury chief Philip Hammond is not expected to announce any radical changes to spending in his annual budget statement on Oct. 29. More detail is only expected next year, when Hammond carries out a broader review of spending and it becomes clearer what Britain's exit from the EU on March 29 will mean economically.

"The decision over the spending review envelope will probably be the biggest non-Brexit related decision this Chancellor will make," Johnson said.

The government has promised increases in health, defense and aid spending over coming years. Just keeping spending constant on other public services after accounting for inflation — a limited definition of what ending austerity means — would require an additional 19 billion pounds, according to IFS's analysis.

Britain has lived under public spending cuts since 2010, when the then coalition government dominated by the Conservatives said its priority was bringing the budget under control. While spending on health and schools was protected, other spending was slashed. May told her Conservative Party faithful this month that people should know "their hard work has paid off" and that the "the end (to austerity) is in sight."

Opponents say the cuts were too harsh and counter-productive as it meant economic growth — and therefore tax receipts — was lower, too. Many say the 2016 vote to leave the European Union was partly a revolt against austerity, particularly in the north of England, where manufacturing has fallen into decline.

Austerity is likely to be one of the main issues marking the next general election, which has to take place by the middle of 2022. Labour Party leader Jeremy Corbyn has made it clear that easing austerity will be his party's goal, an approach that has led to accusations he will undo improvements to public finances.

Over the past few years the budget has in fact gotten closer to being balanced, and government borrowing is back to pre-crisis levels at just over 2 percent of GDP. Total debt, though, is much higher, at around 85 percent of GDP, having risen over the last decade by more than any since World War II, according to the IFS.

The IFS's so-called Green Budget report was produced in association with Citi and The Institute of Chartered Accountants in England and Wales.