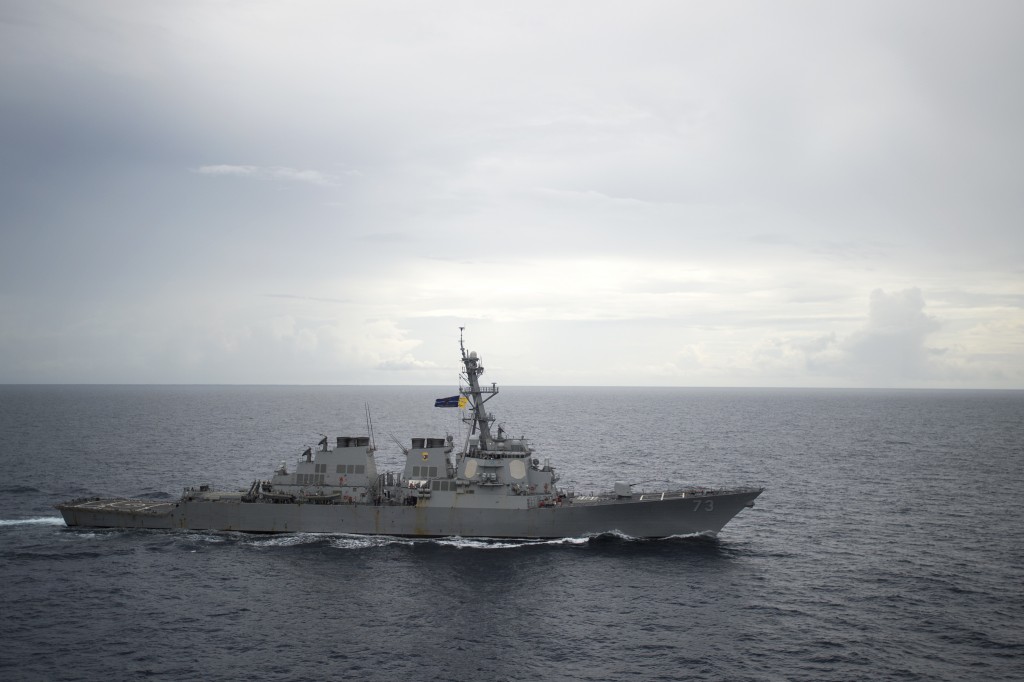 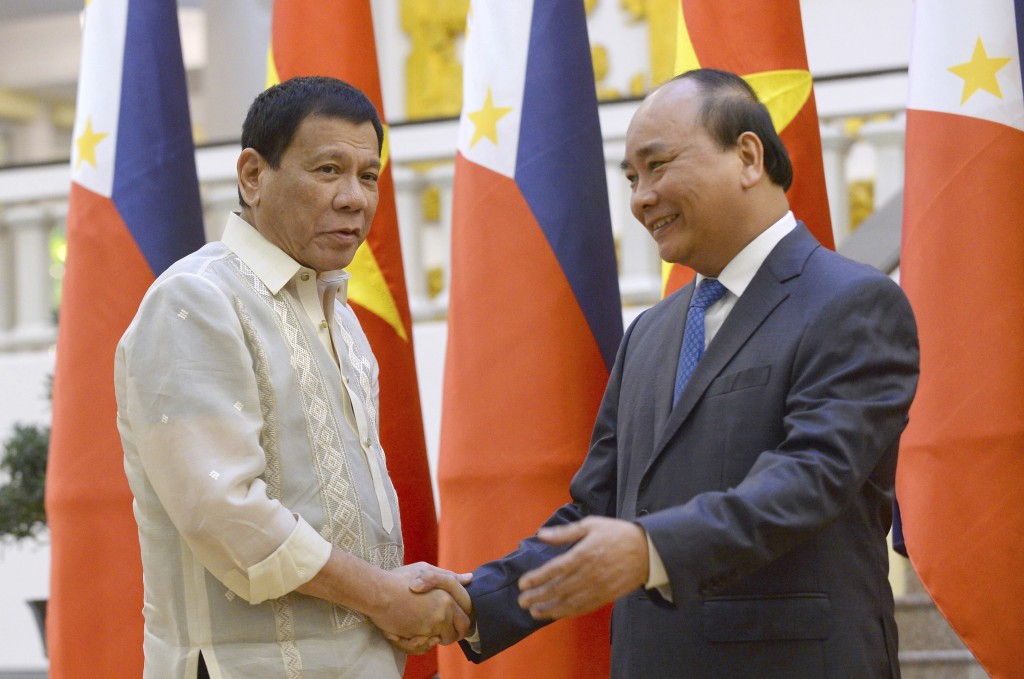 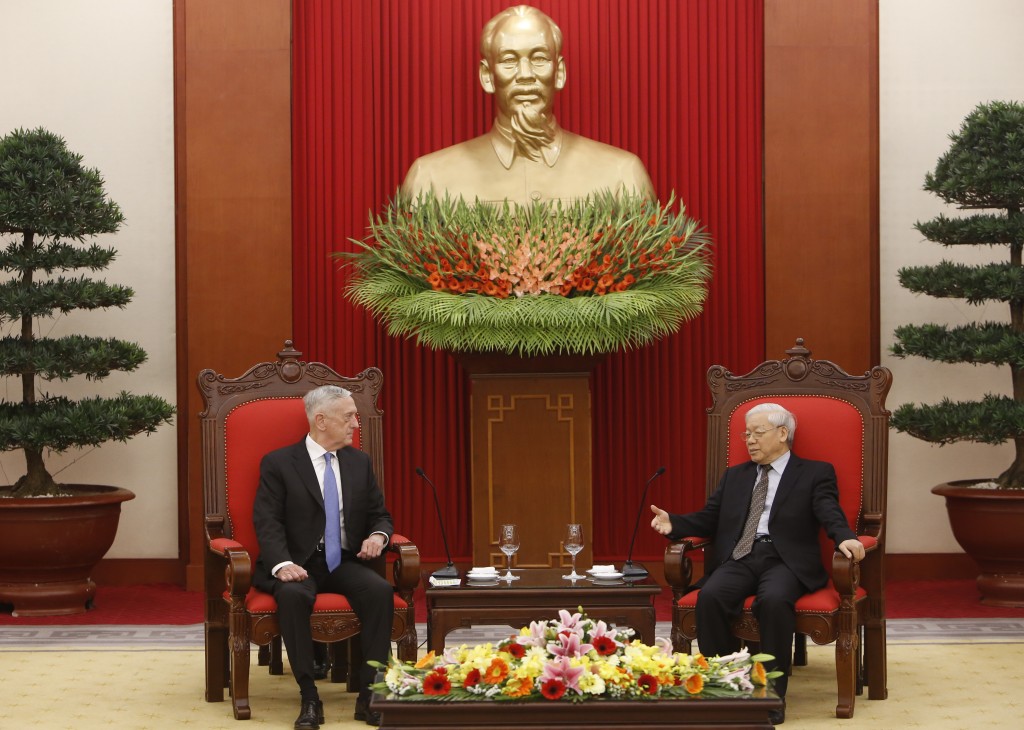 China's ambassador to the United States has defended the Chinese navy's action in a close encounter with a U.S. destroyer in the South China Sea, saying America's warships are "on the offensive" near Chinese territory.

The U.S. Pacific Fleet said a Chinese destroyer came aggressively close to a U.S. Navy ship in the incident late last month, forcing it to maneuver to prevent a collision.

U.S. Pacific Fleet Spokesman Lt. Cmdr. Tim Gorman said the Chinese warship approached the USS Decatur in an "unsafe and unprofessional maneuver" near Gaven Reefs in the South China Sea. The reefs lie about 1,000 kilometers (620 miles) south of China's southernmost province of Hainan in the Spratly Island group and are also claimed by Vietnam, the Philippines and Taiwan.

Gorman said the Chinese destroyer approached within 45 yards (41 meters) of the Decatur's bow, forcing it to maneuver. China said the Luoyang, a Chinese missile destroyer, was immediately deployed to identify the U.S. warship and drive it away.

China claims most of the strategic waterway and has built islands on reefs and equipped them with military facilities such as airstrips, radar domes and missile systems.

U.S. Defense Secretary Jim Mattis is planning to make his second visit of the year to Vietnam, signaling how vigorously the Trump administration is trying to counter China's military assertiveness in the South China Sea by building up relations with smaller nations in the region.

The visit beginning Tuesday also shows the distance U.S.-Vietnamese relations have advanced since the tumultuous years of the Vietnam War.

Mattis, a retired general who entered the Marine Corps during the Vietnam War but did not serve there, visited Hanoi in January.

Three months later, an U.S. Navy aircraft carrier, the USS Carl Vinson, made a port call at Da Nang. It was the first such visit since the war and a reminder to China that the U.S. is intent on strengthening partnerships in the region as a counterweight to China's growing military might.

The Trump administration has sharply criticized China for deploying surface-to-air missiles and other weapons on some of its island outposts. In June, Mattis said the placement of these weapons is "tied directly to military use for the purposes of intimidation and coercion."

The Mattis trip originally was to include a visit to Beijing, but that stop was canceled amid rising tensions over trade and defense issues. China recently rejected a request for a Hong Kong port visit by an American warship, and over the summer Mattis disinvited China from a major maritime exercise in the Pacific. China in September withdrew its navy chief from a Pentagon visit and demanded that Washington cancel an arms sale to Taiwan.

The Philippine president and Vietnam's prime minister have discussed delineating their countries' maritime boundaries in the South China Sea, in what Beijing will likely perceive as another challenge to its claim to virtually the entire strategic waterway.

President Rodrigo Duterte said Friday that he told Prime Minister Nguyen Xuan Phuc in a meeting in Indonesia that such boundary talks may take longer because the Philippines is still establishing its continental shelf limit — the country's outermost boundary.

Vietnam claims features that fall inside the Philippines' declared exclusive economic zone, the stretch of waters in which a coastal state enjoys internationally recognized rights to exclusively fish and extract oil and gas in the seabed.

Efforts by the two Southeast Asian nations to define their maritime boundaries are significant because ASEAN and China are negotiating a regional code to prevent clashes arising from overlapping claims. China, however, has not clearly defined its sweeping claims.