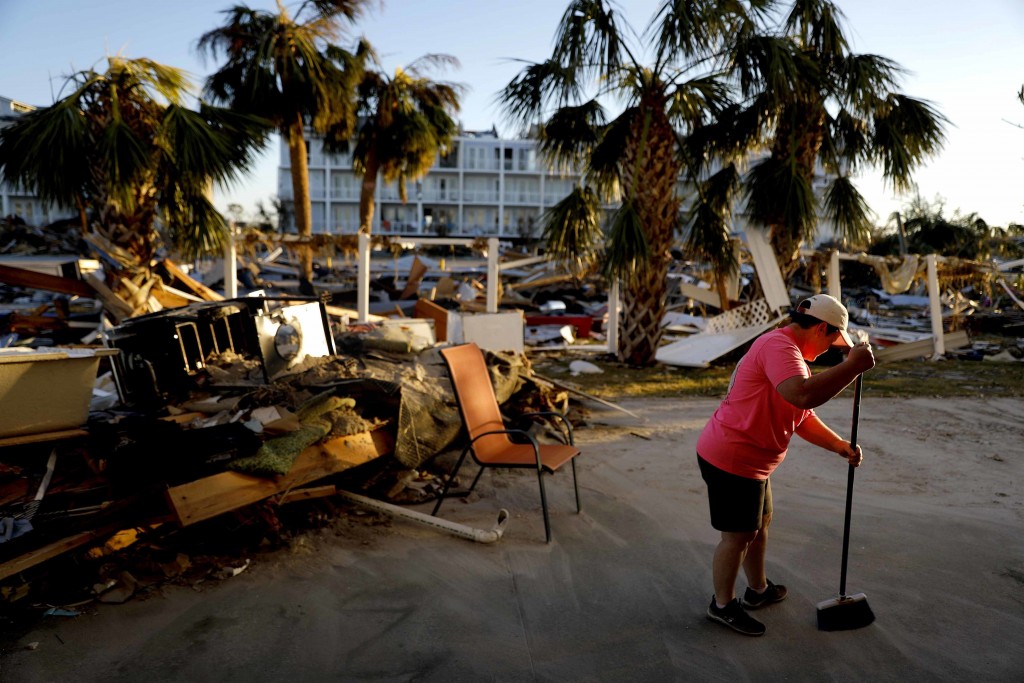 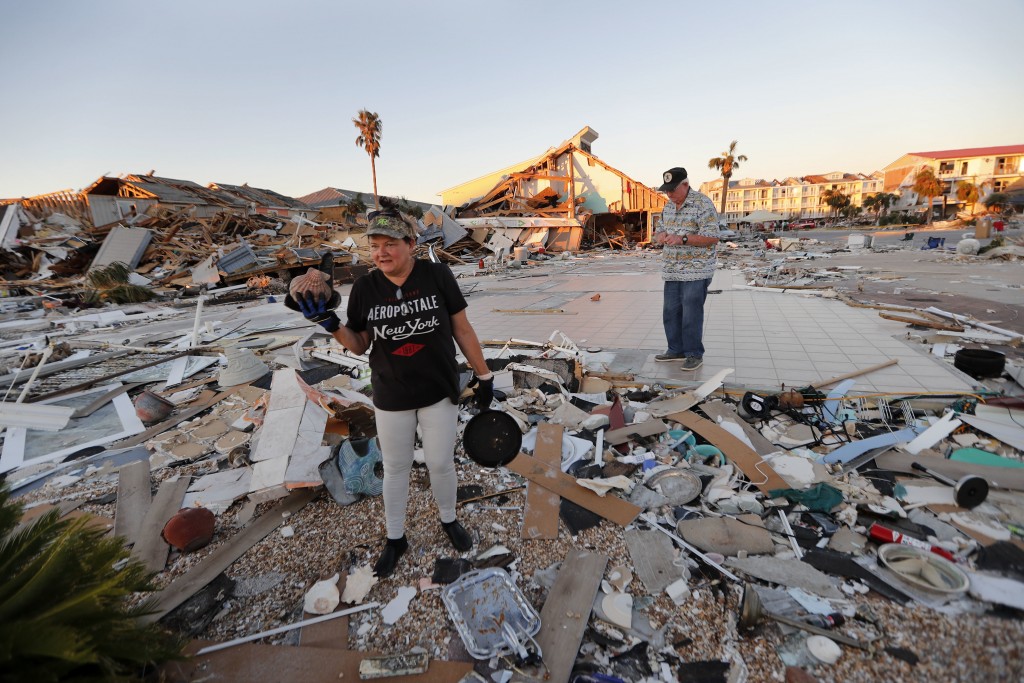 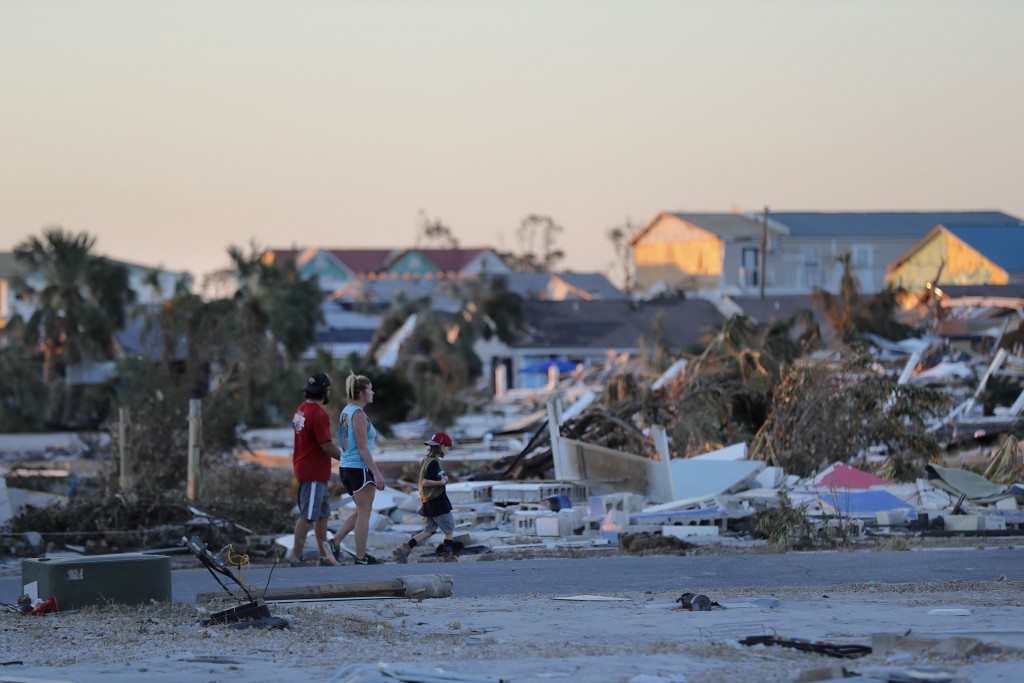 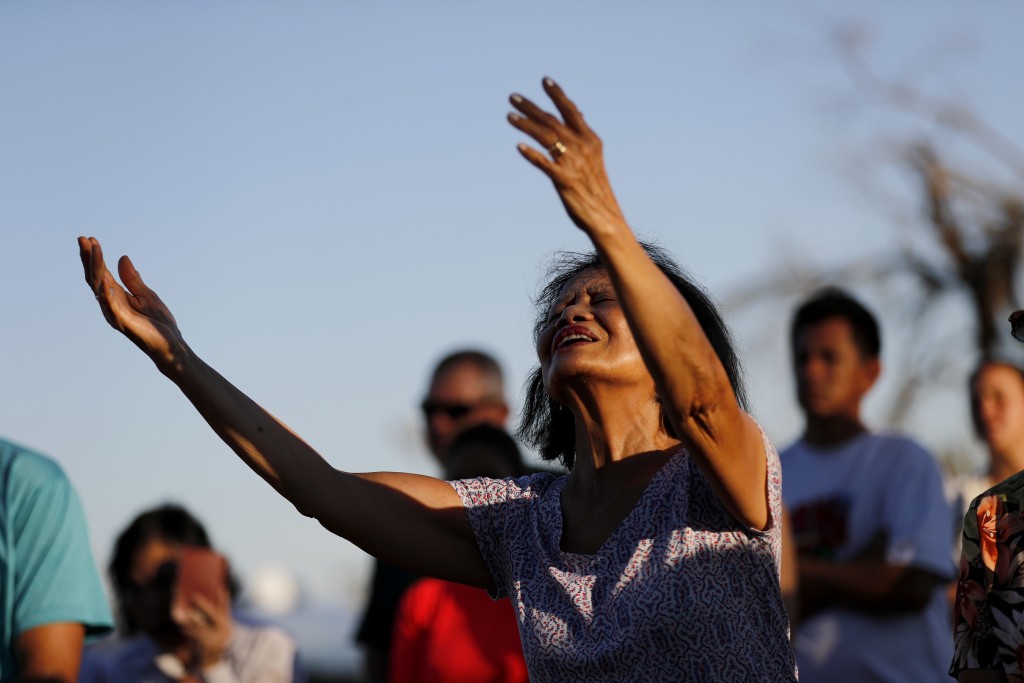 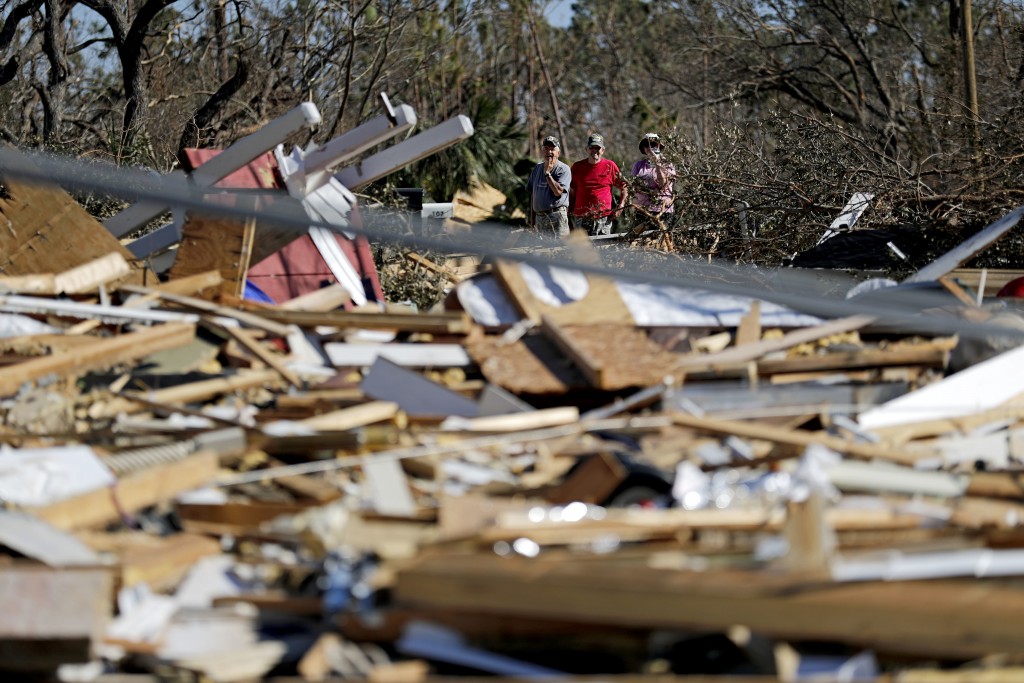 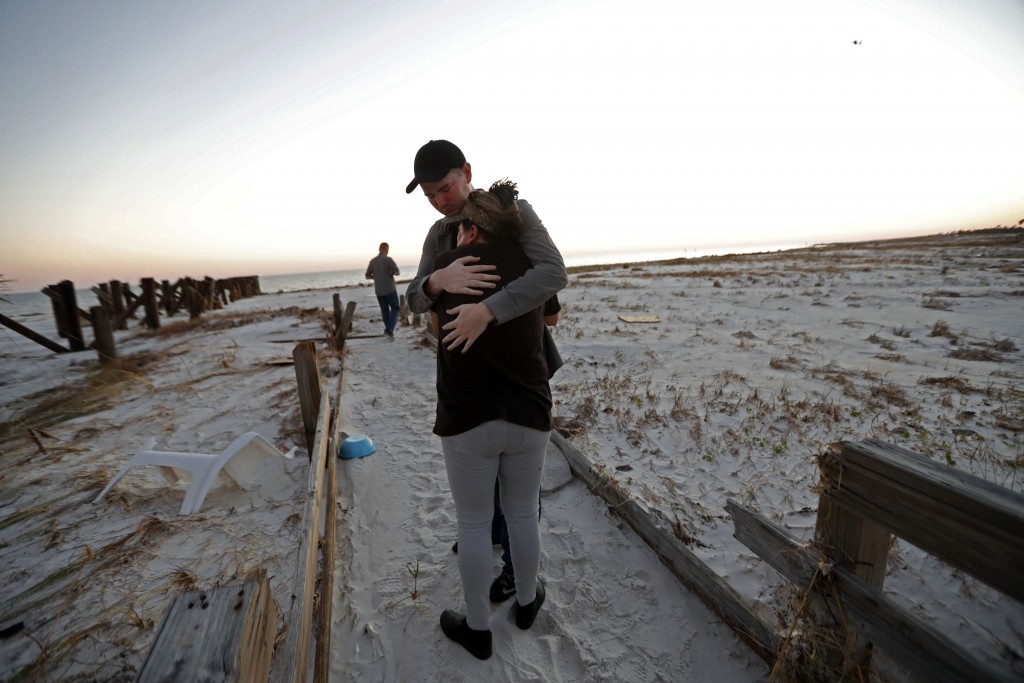 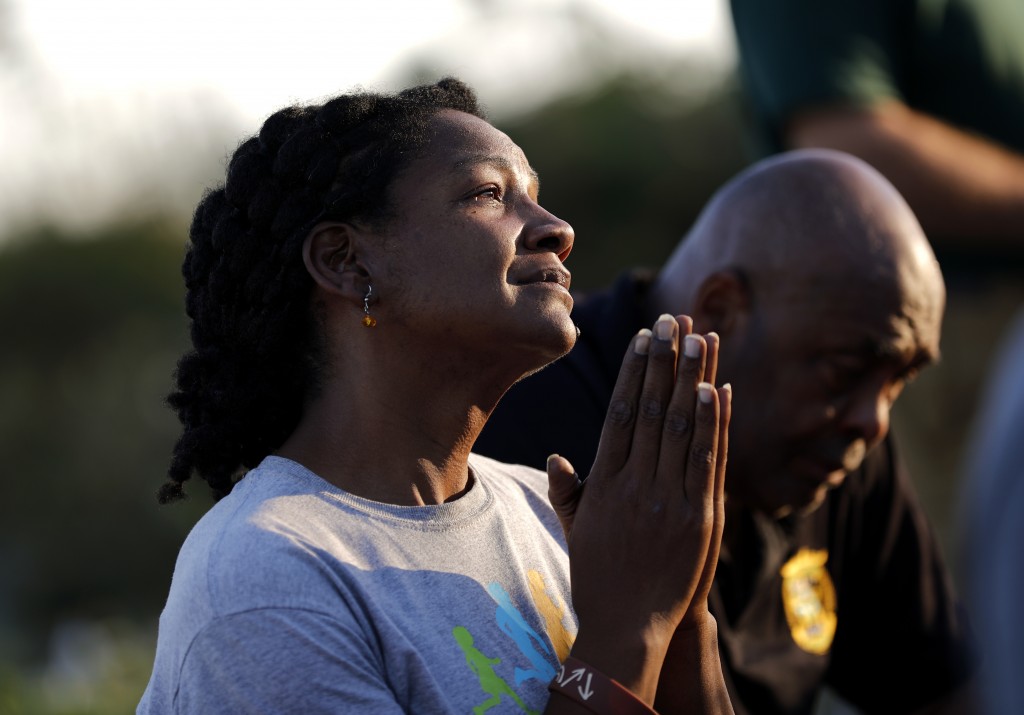 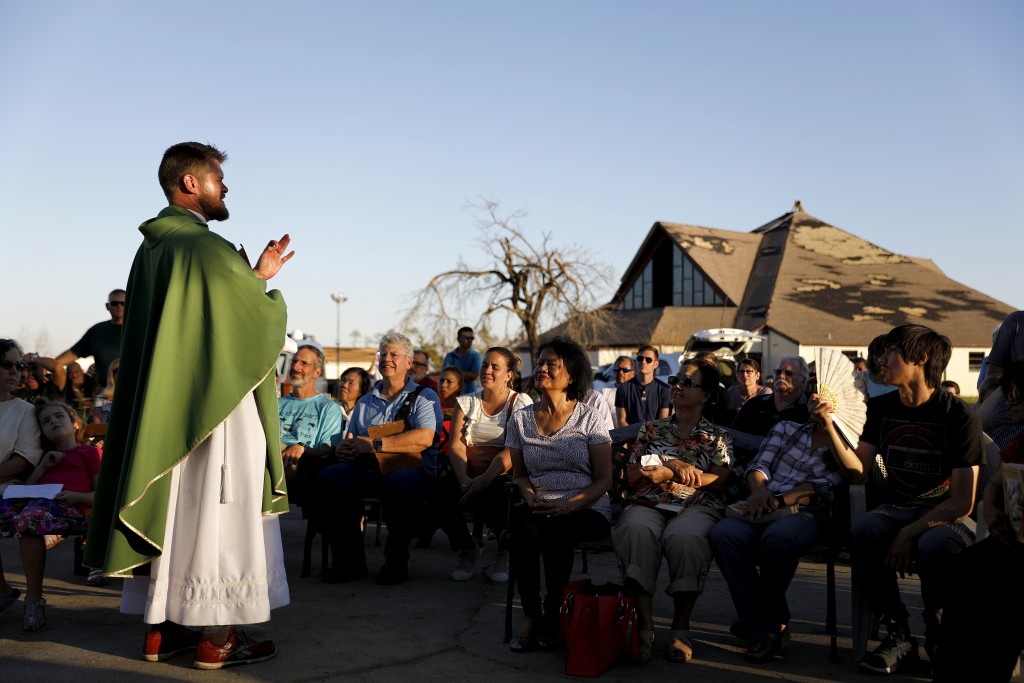 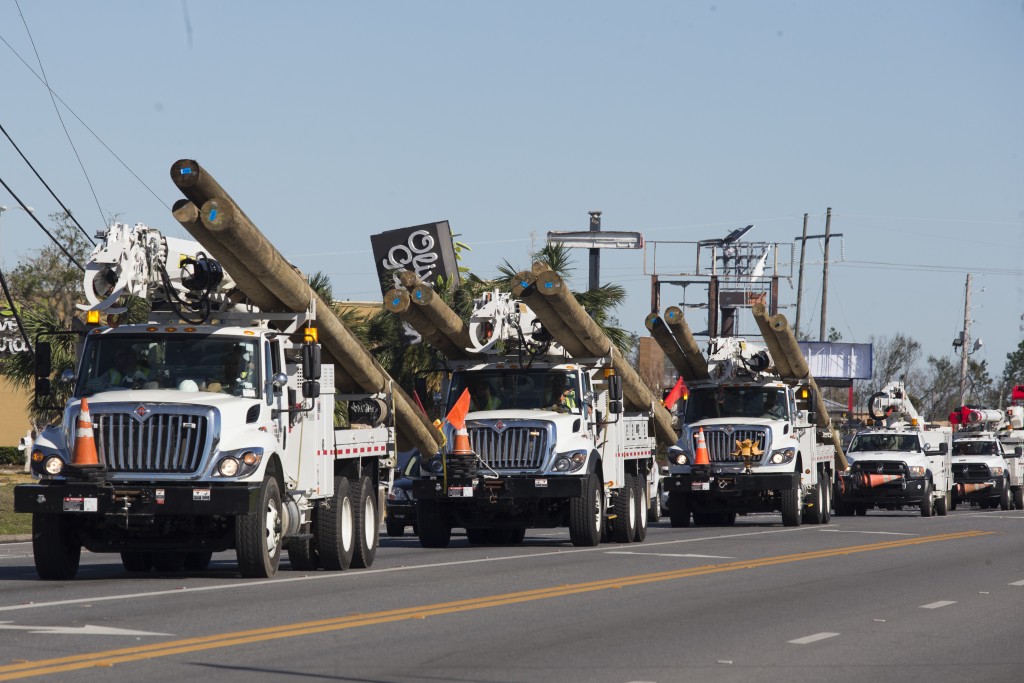 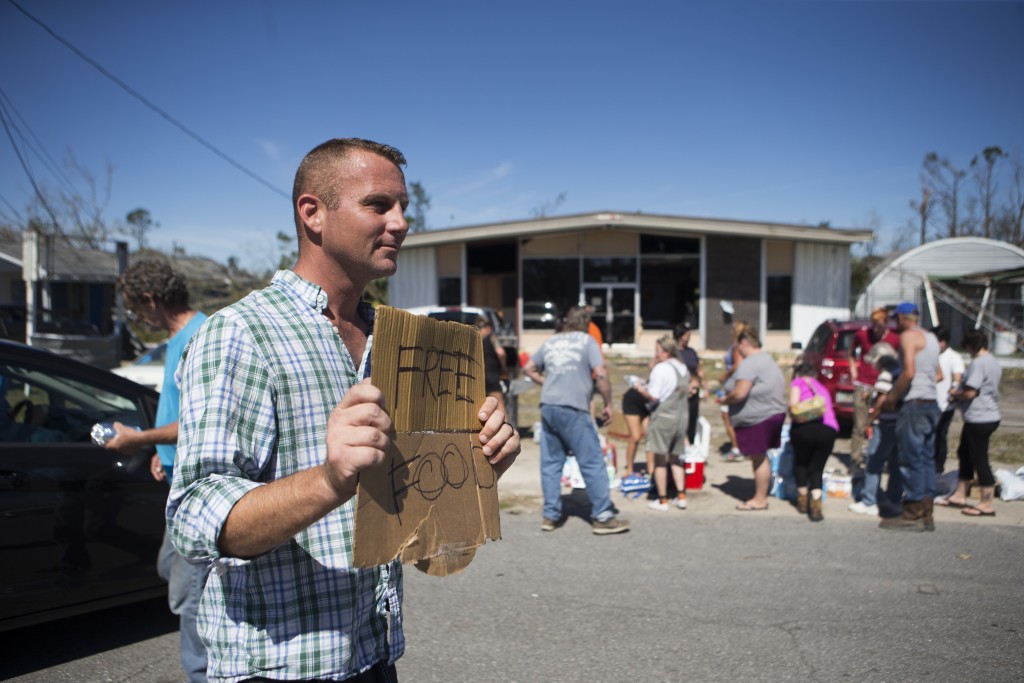 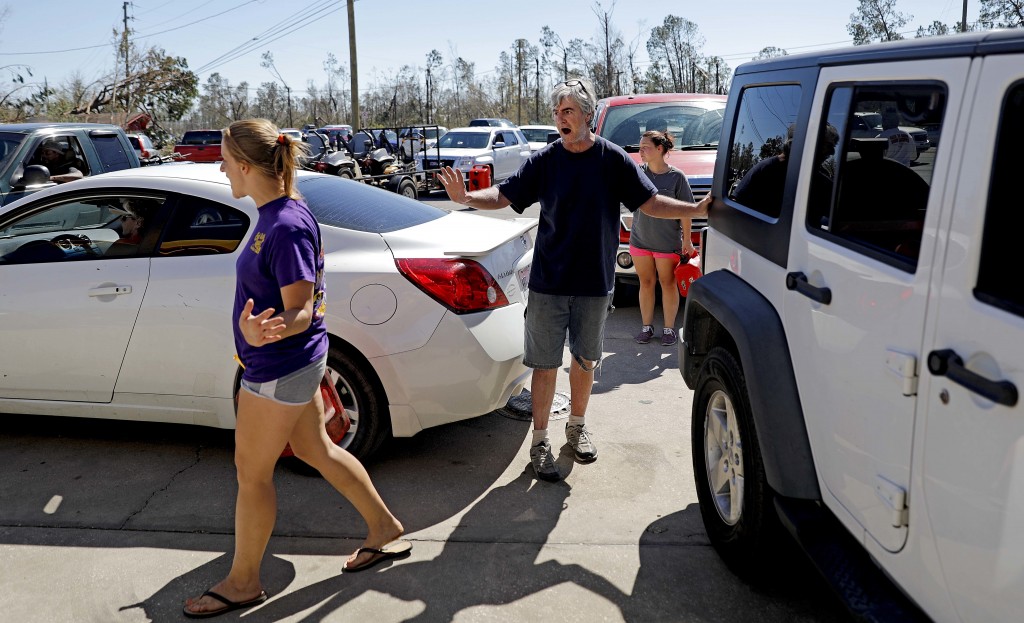 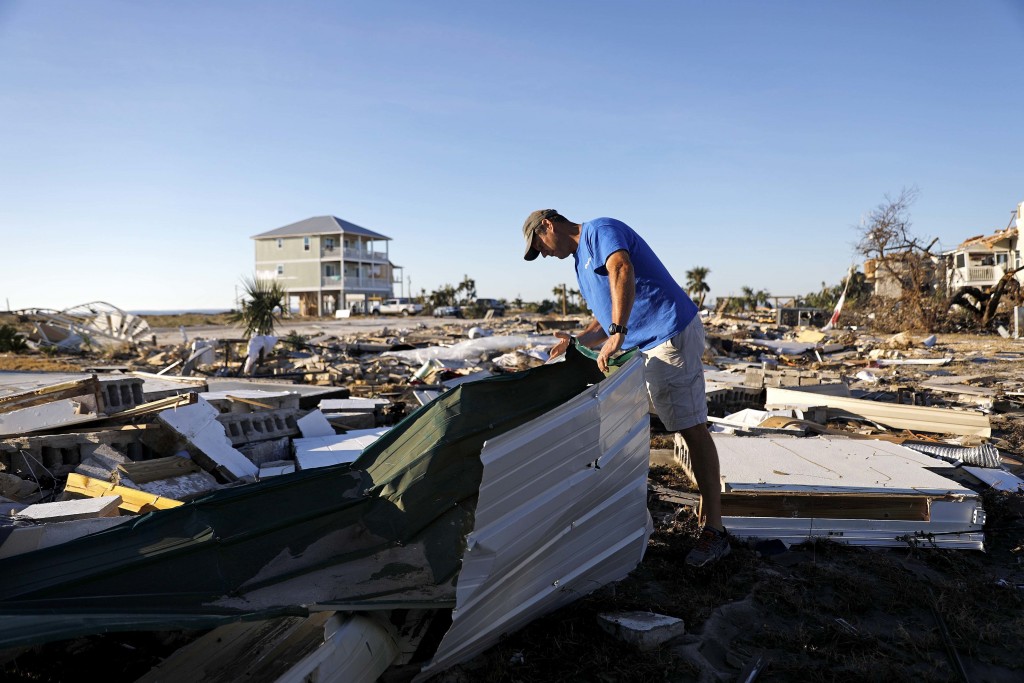 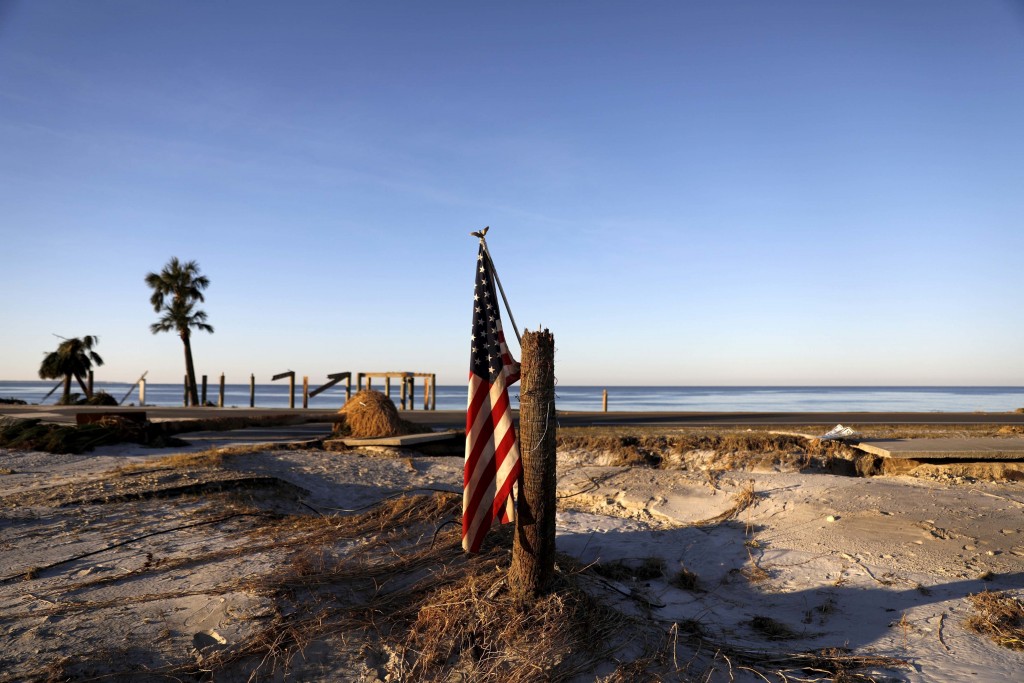 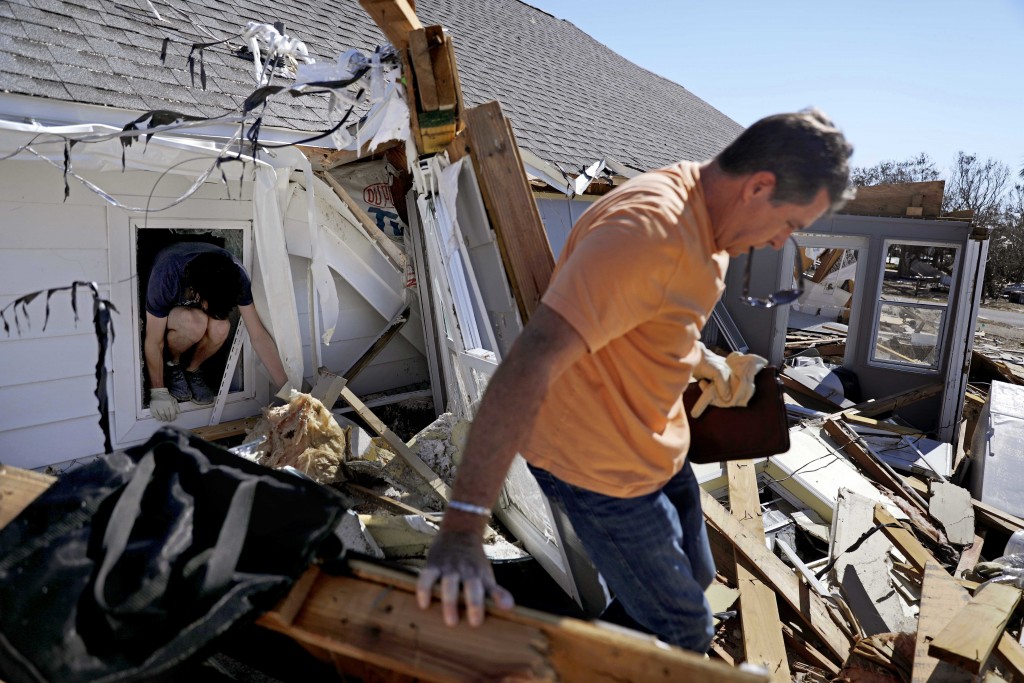 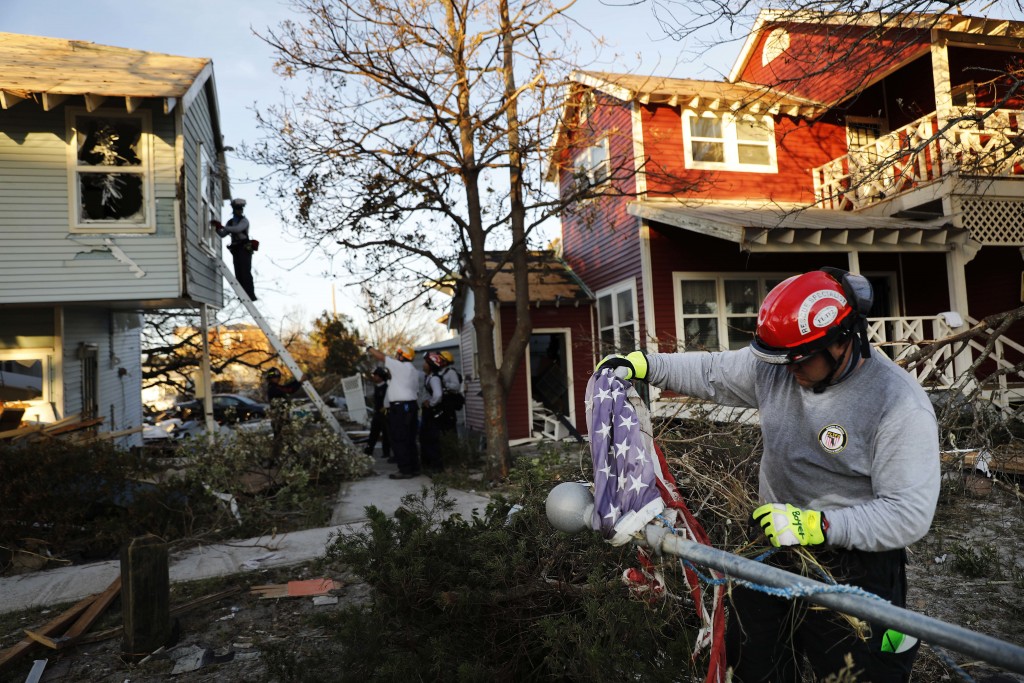 MEXICO BEACH, Fla. (AP) — Search and rescue personnel are continuing to comb through the ruins of a small Florida Panhandle community destroyed by Hurricane Michael, which has left hundreds thousands without power and without easy access to supplies.

So far, one body has been found in Mexico Beach, but authorities say there is little doubt the death toll will rise.

Crews with dogs went door-to-door Saturday in Mexico Beach, pushing aside debris to get inside badly damaged structures in a second wave of searches following what they described as an initial, "hasty" search of the area. About 1,700 search and rescue personnel have checked 25,000 homes, Florida Gov. Rick Scott said.

Michael made landfall Wednesday as a Category 4 hurricane with 155 mph winds (249 kph) and heavy storm surge. The tally of lives lost across the South stood at 15, including the victim found in the rubble of Mexico Beach, where about 1,000 people live.

"Everything is time consuming," said Capt. Ignatius Carroll, of the South Florida Urban Search and Rescue task force. "You don't want to put a rush on a thorough rescue."

More roads were passable along the storm-ravaged coast as crews cleared downed trees and power lines, but traffic lights remained out and there were long lines at the few open gas stations.

About 4,000 members of Florida's national guard have been called up to deal with the storm, including 500 added on Saturday. Nearly 2,000 law-enforcement officials have been sent into the Panhandle.

Schools will stay closed indefinitely, a hospital halted operations and sent 200 patients to hospitals elsewhere in Florida and in Alabama, and more than 253,000 customers in the Panhandle remain without power.

"Everybody just needs to help each other right now," Scott said after meeting with emergency responders in the Panama City area.

"You feel sorry for people," Scott said. "They might have lost their house. They worry about their kids getting into school. You know, people don't sit and have a whole bunch of extra money in the bank just waiting for a disaster."

Some residents were packing up and getting as far away as they could.

Jeff and Katrina Pearsey, with a ruined rental home in the Panama City area and no indication of when they could again earn a living, said they were heading to Bangor, Maine, where Katrina once worked as a nurse. Several trees came down on their property, including one that smashed through the roof.

Michael was one of the most powerful hurricanes to ever make landfall in the U.S. While most residents fled ahead of the storm's arrival, others stayed to face the hurricane. Some barely escaped with their lives as homes were pushed off their foundations and whole neighborhoods became submerged.

Hector Morales, a 57-year-old restaurant cook, never even thought of evacuating. His mobile home wasn't on the beach but when it suddenly began floating during the hurricane, he jumped out and swam to a fishing boat and clambered aboard.

"I lost everything," Morales said. "But I made it."

How many others were not so fortunate was still not clear. By one count, state officials said, 285 people in Mexico Beach defied mandatory evacuation orders and stayed behind. It's unclear how many people stayed behind in nearby communities.

One who did, Albert Blackwell, was preparing on Saturday to cover holes in the roof of his apartment and take a chain saw to trees that fell and broke his windows just outside Panama City.

"I'm the idiot that rode it out here in this place," said Blackwell, 65, sweat dripping from his face. He doesn't plan to leave; he wants to protect his home from looters.

Emergency officials said they've received thousands of calls asking about missing people, but with cellphone service out across a wide area, they found it impossible to know who among those unaccounted for were safe but just unable to dial out to friends or family.

Federal Emergency Management Agency chief Brock Long said he expected the death toll to rise. Searchers were trying to determine if the person found dead in Mexico Beach had been alone or was part of a family.

Authorities have set up distribution centers to dole out food and water to victims. They've also set up a triage tent to treat residents stepping on nails and cutting themselves on debris.

President Donald Trump announced plans to visit Florida and hard-hit Georgia early next week but didn't say what day he would arrive. On Saturday he approved federal disaster aid relief for four Alabama counties affected by the storm.

"We are with you!" he tweeted.

For the latest on Hurricane Michael, visit https://www.apnews.com/tag/Hurricanes