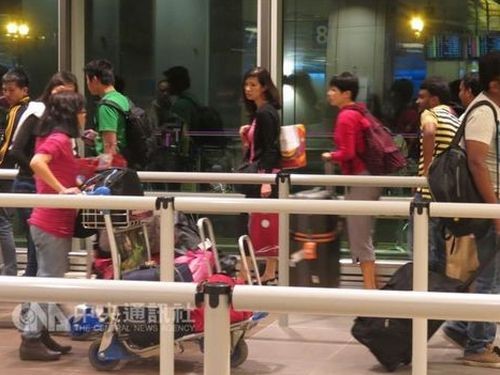 Taipei, Oct. 13 (CNA) The travel volume between Taiwan's offshore Kinmen County and China via the three mini-links in the first nine months of this year grew by 10.87 percent year-on-year, according to National Immigration Agency (NIA).

The NIA statistics showed that the number of passengers traveling from China's Fujian Province to Kinmen and vice versa between January and September totaled 1,385,617, up from 1,249,764 registered in the same period of 2017.

During the nine-month period, Kinmen's visitor arrivals from China totaled 280,898, an increase of 17.66 percent from the same period of last year, when the figure was 238,737, the data indicated.

Interior Minister Hsu Kuo-yung, who was in Kinmen Saturday, said that the figures sent a good signal on the future development of relations between the two sides of Taiwan Strait, although the tension in cross-strait ties continues to exist.

Hsu expressed hope that the two sides of the strait will better understand mutually through increasing exchange of visits by their peoples, which, he said, could lead to dialogues between the governments of the two sides.

The mini-three links -- direct trade, postal and transport links -- were launched Jan. 1, 2001 between Kinmen and Fujian Province in China and were later expanded to include Matsu Islands.