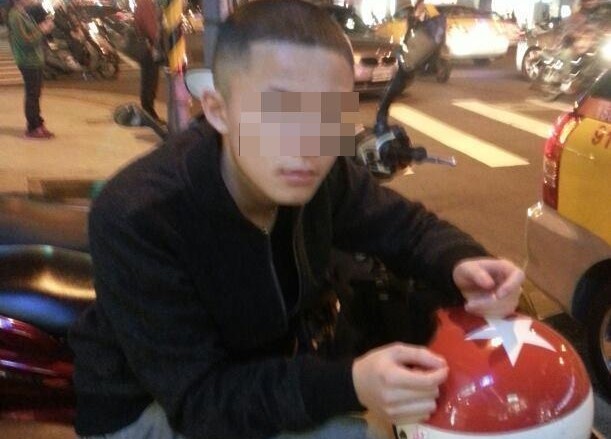 TAIPEI (Taiwan News) -- A day after an unlicensed driver smashed his car into a sidewalk, killing three people and declaring he was a member of the Zhongshan Alliance (中山聯盟), the gang itself is furious at his behavior and has announced it is has put out a death order on him.

After losing control of his car while racing and careening into a sidewalk, where he killed three people in Taipei last night, 21-year-old Hsieh Ya-hsuan (謝亞軒), showed no remorse when taken in for questioning by police, called himself "a bad boy" and "a member of the Zhongshan Alliance [中山聯盟]." However, despite his lengthy criminal record, police this morning denied that Hsieh was a known member of the gang, reported Apple Daily.

Today, in response to his arrogant behavior and his claims of being part of their gang, a person purporting to represent the Zhongshan Alliance posted a message on Facebook saying, "You [Hsieh Ya-hsuan] are done for! The Zhongshan Alliance is looking for you." After apparently being insulted by having their name associated with the reckless driver, members of the gang want to exact their own brand of vigilante justice.

It is currently not known why Hsieh, a former night club promoter, would claim membership in the Taiwanese triad. Police are not sure if it is a bluff or an attempt to mislead them, in either case they are continuing their investigation into the incident.

Once word spread that the mob is looking to snuff out Hsieh, Netizens had sharp words of criticism for the joyrider:

"No gang would let this guy become a member."

"Which big brother's minion is this, quickly clean up your doorway."

"Start talking smack again! Go ahead an provoke the triad."

Though such a case would normally be considered manslaughter, because he was driving without a license and killed three people, prosecutors are charging him with murder. Prosecutors are charging his friend surnamed Huang (黃), who also drove without a license, and the two men who lent them vehicles, surnamed Chao (趙) and Lu (呂), as accomplices to the murder.