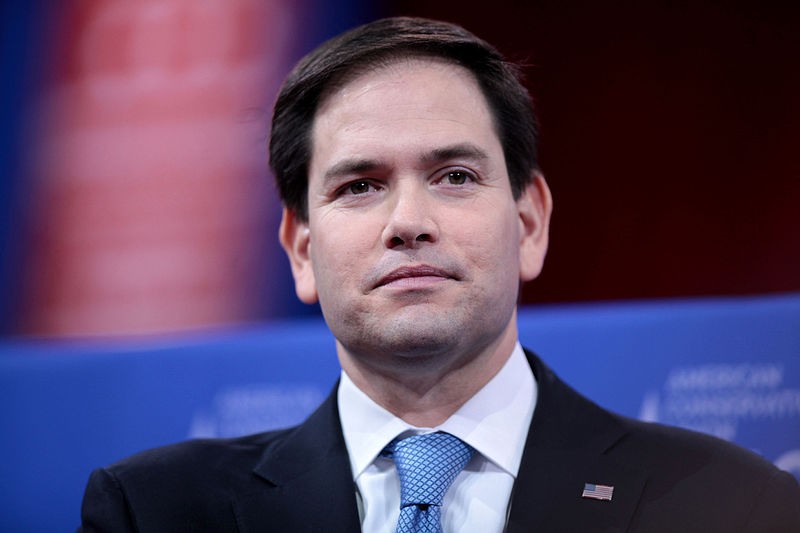 The report also details China's leadership has upped its supervision over government, business, and society by using technological advances to increase surveillance and control over its people.

On Tuesday, Beijing published revised legislation to retroactively justify the detention of over 1 million Uighurs and other Muslim minorities in “education and training centers”. Reports suggest Muslims are forced to disavow their beliefs and profess loyalty to the Communist Party at the internment camps.

Rubio expressed that every day, China increases its tight hold over its citizens, using new developments in technology as tools for oppression. He also noted that the state continues to become more mercantilist in its trade and economic policy, ignoring international norms and encouraging the spread of authoritarian politics around the world.

China’s oppression of its Uighur minority has received increased international attention, with numerous reports exposing conditions inside its re-education centers. The large-scale detention of Muslim minorities, including Kazakhs and Uighurs, as well as enforced restriction on religious and cultural activities within China’s Xinjiang province, is now well-documented.

With regards to government, business, and society, the report indicates Beijing is further integrating the Communist Party into key government organs. The National Bureau of Religious Affairs, which supervises developments in religious activity throughout the country, has now been subsumed by the United Front Work Department. This proves, the commentary points out, that the CCP believes controlling religion is key to sustaining its power.

The report also notes that the CCP has expanded control over media outlets including China Central Television, China National Radio, and China Radio International, with particular mention of the channel’s hugely popular show, "Voice of China."

Through cooperation with domestic corporations such as Alibaba and Tencent, China is collecting data for its social credit system, ensuring citizens are comprehensively monitored at all times. Collaborating with Skynet, the government has installed over 27 million monitors throughout the country, including in some of its most rural areas.

The report implores the U.S. Congress and executive branch to express concern over Chinese political prisoners, and to integrate human rights and the rule of law into U.S.-China relations. It suggests the U.S. should act to ensure freedom of press, and to stop the CCP imposing its beliefs on social media and the academic world.