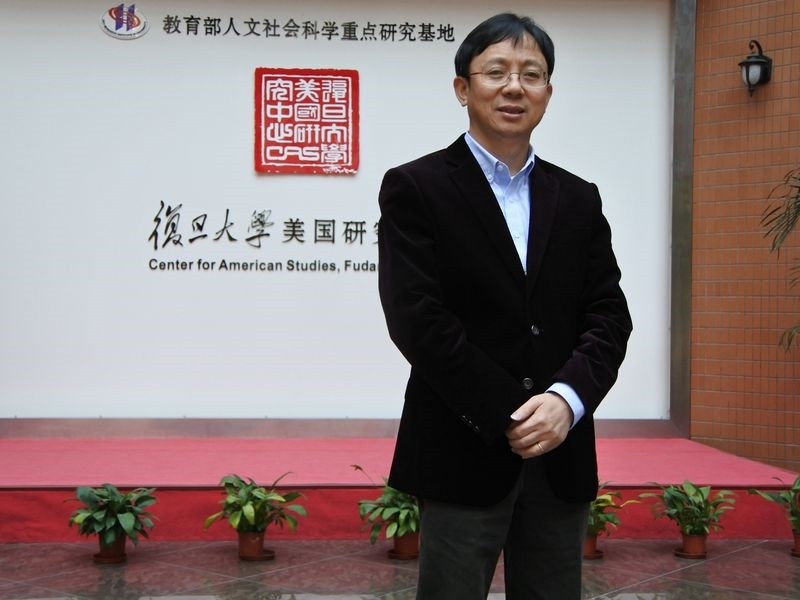 TAIPEI (Taiwan News) — U.S.-China relations have hit an unprecedented low, with both sides continuing to gear up for what appears to be a prolonged trade war with no clear end in sight.

Director of Fudan University’s Center for American Studies, Wu Hsin-po (吳心伯), believes the scope of the conflict has already extended beyond trade and economics to foreign relations, security, and society. A period of protracted warfare between the two countries appears to be on the horizon.

Wu has been analyzing the situation closely since U.S. Vice-president Mike Pence’s speech at think tank The Hudson Institute on Oct. 4, in which he accused China of using “debt diplomacy” to expand influence across the globe.

In an interview with Central News Agency (CNA) yesterday, Wu suggested there are three key points that ought to be observed in order to ascertain in which direction U.S.-China relations are headed.

Firstly, he noted that Pence maintained an overall negative tone towards China in his Oct. 4 speech, focusing heavily on how the U.S. has begun to implement its new National Security Strategy, as outlined by Donald Trump in December last year. Secondly, friction between the U.S. and China has begun to extend to areas beyond trade and economics. Finally, Wu explained, the level animosity between the two countries has increased exponentially over the past few months and is likely to therefore continue growing.

The academic was keen to point out, however, that the relationship has not yet escalated to a Cold-War-like level. Unlike with the Soviet Union, the U.S. is still maintaining trade relations with China. The current conflict also lacks the extreme level of ideological confrontation present during the Cold War.

Wu revealed that after a recent visit to the U.S., he sensed both political parties were competing to demonstrate who could put up the fiercest fight against China.

He expressed that in dealing with U.S. antagonism, China ought to ask two important questions: Does Trump sincerely want to negotiate? And, has the U.S. reached a consensus about how to proceed with things? With the American economy still stable, Wu believes Trump is confident in continuing to apply pressure on China.

Wu suggested China has already begun to adjust its economic and trade policy. The country is investing less in the U.S., encouraging more domestic investment and investment in the One Belt One Road infrastructure, as well as encouraging more independent technological development to decrease U.S. holdings of Chinese debt.

The academic believes China may also intensify conflict with the U.S. in the South China Sea. In September, a U.S. missile destroyer was forced to change course after coming within 41 meters of a Chinese naval warship. The possibility of maritime conflict should not be excluded, Wu argued, as China’s interpretation of U.S. Freedom of Navigation exercises must be understood within the context of overall U.S.-China relations.

As for Taiwan, despite Pence lauding the country for its freedom and democracy, and criticizing China for threatening its stability, Wu said China’s actions hinge on developments in cross-strait relations, which are always difficult to predict. China may begin to use Taiwan in order to flex its muscles against the U.S.

With regards to long-term developments in Chinese foreign policy, state media’s recent focus on potential reform could be a sign that China will open up more following the trade war. Wu believes that decreased dealings with the U.S. could provide serious motivation for China to think about changing its current economic policy.