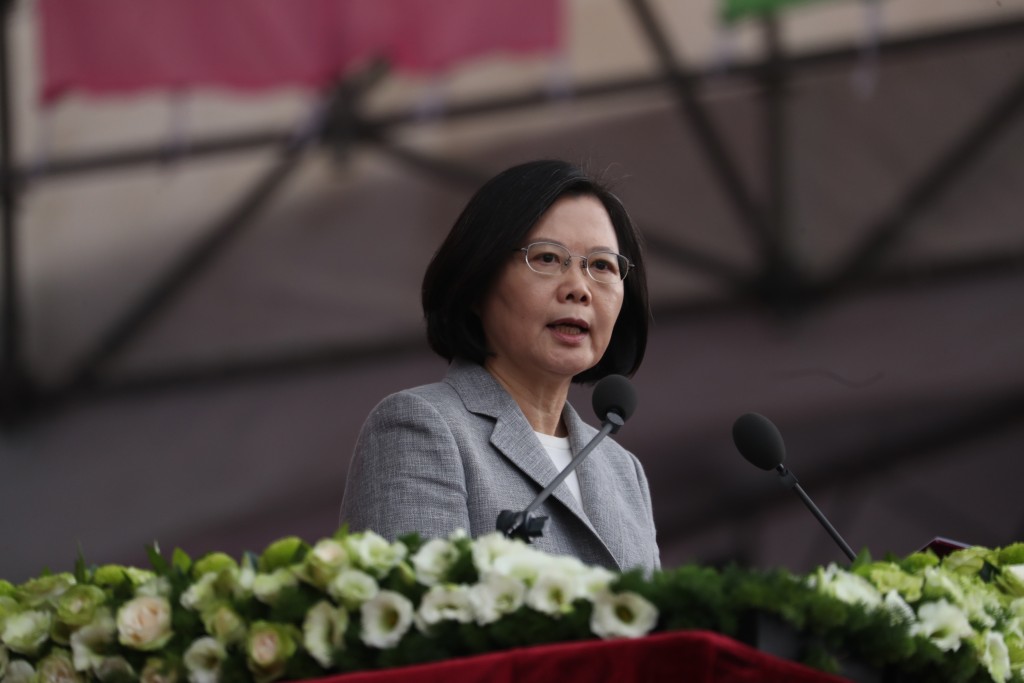 Taiwan celebrated its 107th birthday with a festive ceremony in front of the Presidential Office building on Wednesday morning. 56 foreign delegations with a total of 416 guests took part in the celebration, including President of Paraguay Mario Abdo Benítez, Prime Minister of Saint Lucia Allen Chastanet, and parliamentary delegations from the United States, Europe, and Japan.

During her remarks, the president said in spite of China’s continual pressure and intimidation that have “harmed cross-strait relations” and “challenged the status quo of peace and stability in the Taiwan Strait,” her administration will stick to the policy that is neither to provoke nor to give in.

President Tsai said Taiwan will continue to show the world its strength and resilience in the face of suppression, and make itself indispensable and irreplaceable to the world by building a stronger nation while strengthening national security, economic policy, and the social safety net.

The president said the government’s current priority is to formulate an overall strategy to bolster national security which is challenged not only by traditional defense and military threats, but also by diplomatic pressure, social infiltration, and economic volatility.

The president pointed out that Taiwan needs to strengthen value-based diplomatic links and establish its irreplaceable strategic importance. “Our strategic choice is clear, and that is to staunchly defend freedom, democracy, and the market economy.”

President Tsai reasoned that since Taiwan upholds its values and beliefs, it has garnered the support of like-minded countries and organizations, such as the United States, Japan, and the European Parliament.

Echoing her earlier open attacks on malicious disinformation and fake news that have threatened national security, the president vowed to prevent foreign powers from infiltrating and subverting Taiwanese society.

“We are determined to defend the values of Taiwan’s diverse democracy. But if another country takes advantage of our society’s freedom to infiltrate society and create chaos, we absolutely will not sit by idly, and will take any and all preventive measures necessary,” said the president.

The president added that the government will strengthen cross-border collaboration to prevent disinformation, including sharing experiences or setting up monitoring mechanisms with other governments.

Lastly, the president said her administration will moderately modify its economic and trade strategy in align with global economic and market changes.

To address the US-China trade dispute and the changing global economic and trade order, the president laid out three approaches that she believes would keep Taiwan a major player in regional development and global supply chains.

Apart from forging collaborative ties with advanced industrial entities like the United States, Europe, and Japan, the president emphasized that the country needs also to seek diversified cooperation with New Southbound Policy-target countries and other emerging markets to bolster economic development.

In addition, the president underlined the importance of working with its diplomatic allies to solve such challenges as climate change, and to find new opportunities for sustainable economic development.