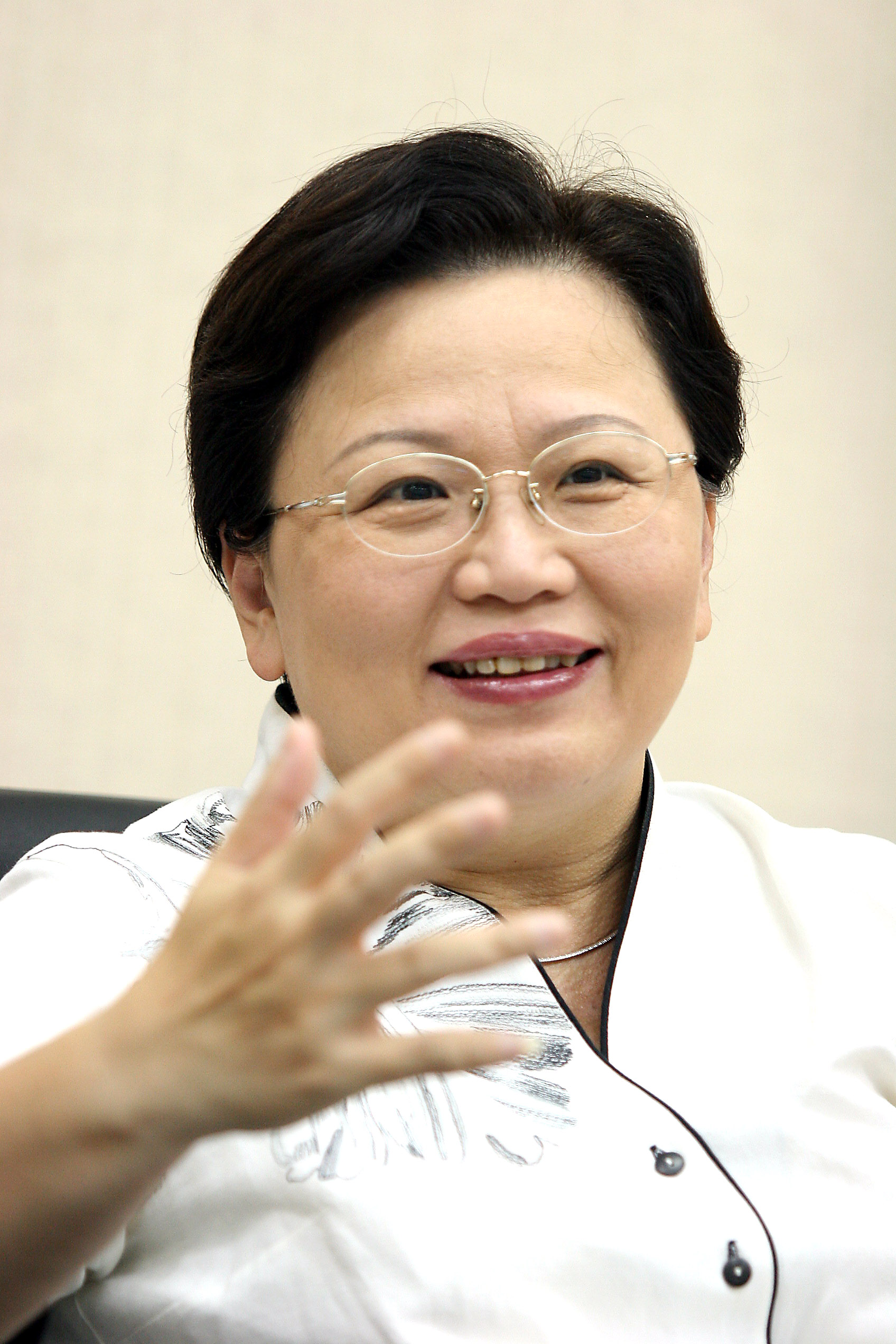 The former minister of transportation and communications was questioned yesterday over allegedly accepting bribes in connection with the reconstruction of the Taipei Main Railway Station's underground shopping street during her tenure as head of the ministry.
Prosecutors suggested that Kuo Yao-chi (郭瑤琪) allegedly took bribes in the beginning of July from National Policy Adviser Lee Ching-po, the owner of the Nan Ren Hu group, to help him join the bidding for the BOT reconstruction project related to the underground street construction.
Vice Transportation Minister Ho Nuan-hsuen, alleged buyers Lee Ching-po and his son Lee Tsung-hsien as well as several employees of the Nan Ren Hu group - which offers travel and catering services - were subpoenaed to testify in the corruption case.
The Tainan District Prosecutors Office and the Taipei District Prosecutors Office are cooperating in the high-profile probe and instructed more than 50 investigators to raid six locations in Taipei, Taichung, Kaohsiung and Pingtung to collect related evidence, including bank account passbooks.
Lee Ching-po and his son were questioned in Tainan City while Kuo and Ho were subpoenaed in Taipei.
Tainan Prosecutors Office spokeswoman Jenny Kuo (郭珍妮) said prosecutors accidentally discoved that Lee Ching-po and his son might have offered bribes to Kuo while investigating another construction project corruption case.
Prosecutors found that the father-son team wanted to bid on the reconstruction of the G2, G1, and U1 underground floors at the Taipei Main Railway Station and may have handed money to Kuo to get her help. Ultimately, however, Lee Ching-po decided not to participate for unknown reasons.
Kuo tendered her resignation and left the post of transportation minister in August over controversy regarding the electronic toll collection system.