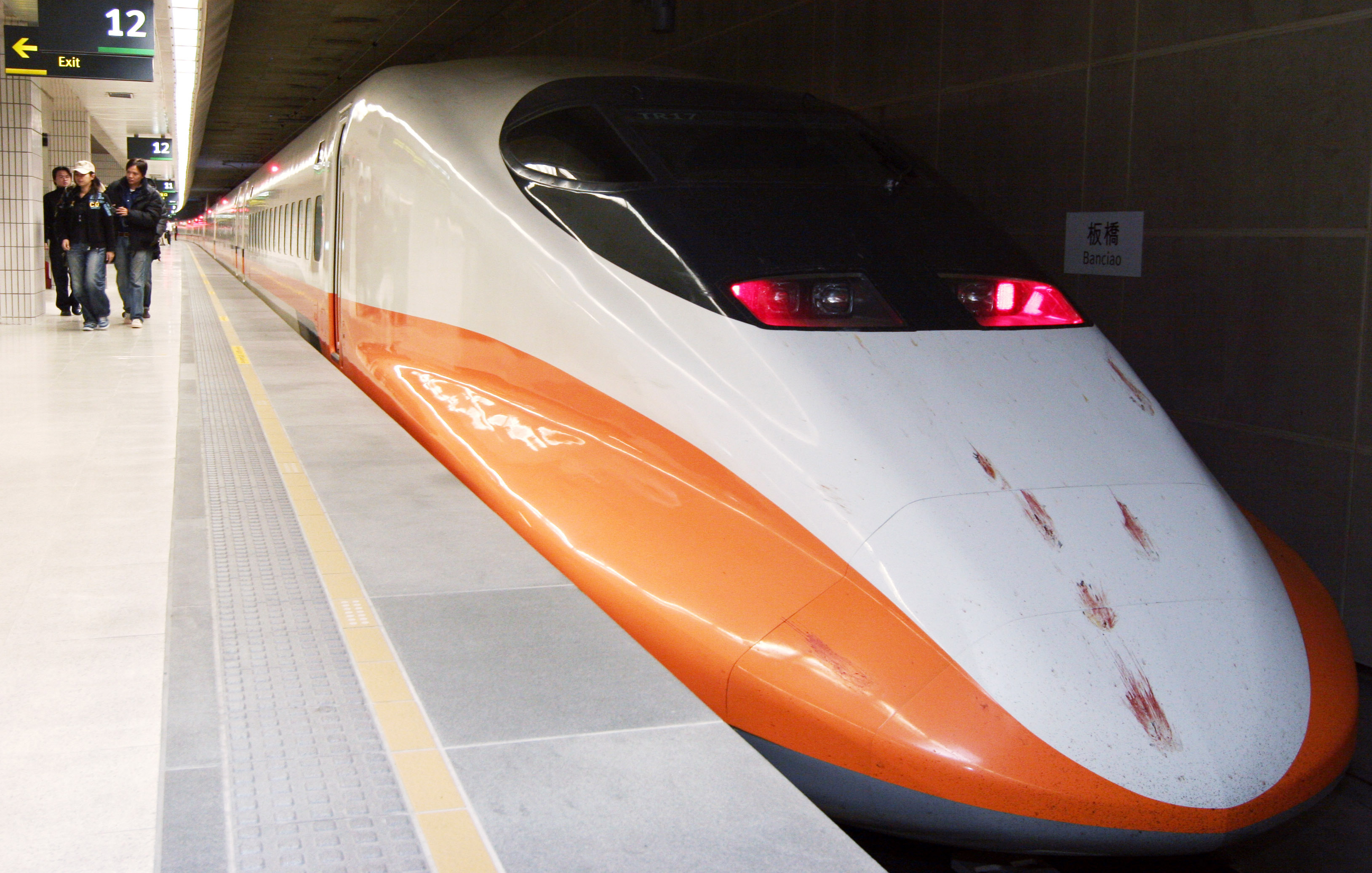 With opposition lawmakers still skeptical over the safety of Taiwan's high-speed railway, the Ministry of Transportation and Communications said yesterday it would make public within a week how 33 flaws highlighted in a report on the system had been corrected.
The legislators had criticized the agency for giving the system the green light despite the long list of problems outlined by an independent panel of local experts commissioned by the ministry to evaluate the project's safety.
At the same time, the Taiwan High Speed Rail Corp disclosed that even though fares for the high-speed rail line had yet to be determined, passengers were likely to get a nearly 50-percent discount on fares during the line's trial operations period.
President Chen Shui-bian (陳水扁) called on people to have confidence in the quality of the system but reminded officials and railway workers to operate the bullet train cautiously.
Challenge to Chen
Chen's appeal did little to quell the concerns of the Kuomintang legislative caucus. Some lawmakers urged the president to move to Kaohsiung as he promised and then commute to Taipei on the train every day to prove it was safe.
The KMT legislative caucus challenged Vice Transportation Minister Ho Nuan-hsuen to explain the ministry's controversial decision to approve the launching of high-speed rail operations.
He announced that a report on how the flaws were corrected would soon be made public. But Kuomintang lawmaker Lai Shyh-bao (賴士葆) said it was ridiculous for the ministry not to allow the ministerial evaluation panel, which detected the 33 deficiencies, to check whether they had been resolved before giving a green light to the system.
"How could professors (the inspection task force) who prepared the test questions not be allowed to see students' (the THSRC's) answers to the questions (corrections for the defects in the train systems)?" Lai asked Ho.
The KMT legislative caucus also asked Transportation Minister Tsai Duei to resign for ignoring the inspection team's professional opinion.
Lai speculated the hasty decision was made to boost the prospects of Premier Su Tseng-chang (蘇貞昌) to be the Democratic Progressive Party's nominee for the 2008 presidential election.
In response, Ho reiterated that the 33 flaws had been corrected and pledged that the ministry's report confirming the line's safety would be sent to the evaluation panel's 15 members as well as be made public.
Ho asserted that if the rail line was not safe, Lloyd's Registrar of Shipping, which has monitored the project's safety since its inception six years ago, would not have given the railway system its stamp of approval.
Ho also put his own job on the line.
"I will take full responsibility for the decision to issue an operating permit to the high-speed railway," the vice transportation minister said.
The vice minister further noted that his agency formally issued the operating permit to the Taiwan High Speed Rail Company on Monday afternoon but said it was still hoping to negotiate fares downward before finalizing the fare structure.
At present, tickets from Banciao to Zuoying or from Banciao to Taichung are NT$1,460 and NT$670 respectively for economy class, and NT$2,390 and NT$1,210 for business class travelers.
Fares not yet set
The Transportation Ministry stressed that the high-speed rail could not serve passengers until published fares were determined.
In the face of a proposed boycott of the bullet train by the Consumers' Foundation over safety concerns, the high speed rail company will offer preferential fares during the start-up period to attract customers.
"In principle, the fares will probably be about half of published ticket prices during trial operations," THSRC head Ou Chin-der (歐晉德) disclosed, adding that the preferential prices should be available for at least one week.
DPP lawmaker Wei Ming-ku suggested, however, that people should be allowed to travel for free during the trial period and also argued that compensation for victims of accidents on the bullet train should be based on airline compensation awards rather than the amounts offered for general railroad incidents.
Victims of airline accidents get at least NT$3 million while those in railroad accidents are compensated half of that on average.
High-speed rail service reportedly will be launched on January 1 for THSRC employees and on January 3 for passengers.
DPP Deputy Secretary-General Tsai Huang-liang (蔡煌瑯) expressed the hope that opposition parties would support the opening of the bullet train to passengers, stressing that they should cooperate with the DPP to strictly monitor official projects rather than tarnish their image.