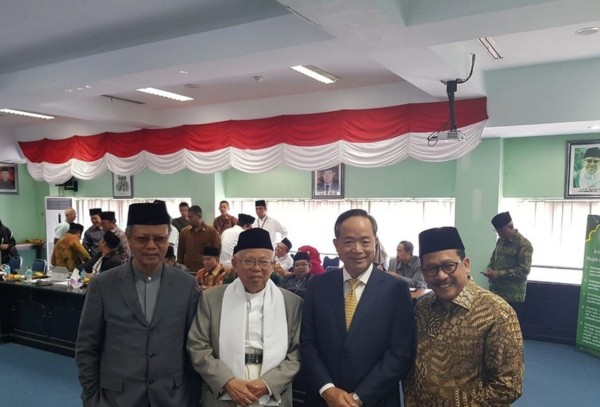 TAIPEI (Taiwan News) - John Chen (陳忠), the representative of the Taipei Economic and Trade Office (TETO) in Indonesia, has just handed US$500,000 (NT$15,488,000) to Indonesia's government as a donation for the tsunami and earthquake disasters that hit Sulawesi on Sept. 28.

In his speech, Chen personally conveyed the condolences of Taiwan's president Tsai Ing-wen over the disasters that happened in Indonesia's Central Sulawesi, Palu and Donggala regions.

He also mentioned that the earthquake in Indonesia's Central Sulawesi caused a tsunami and soil liquefaction, which resulted in a huge loss of life as well as property loss. The Taiwanese government and citizens have felt a deep sense of grief over this disaster and chosen to donate US$500,000, in hopes that it will help in the region's recovery, as well as provide some relief for the victims.

Chen noted that in the wake of the earthquake that struck Indonesia's Lombok in July this year, Taiwan also showed compassion and donated US$250,000 (NT$7,745,000). The earthquake that hit Central Sulawesi was even more serious. Thus, in addition to the funds, Taiwan has also provided some needed materials and supplies to the stricken region.