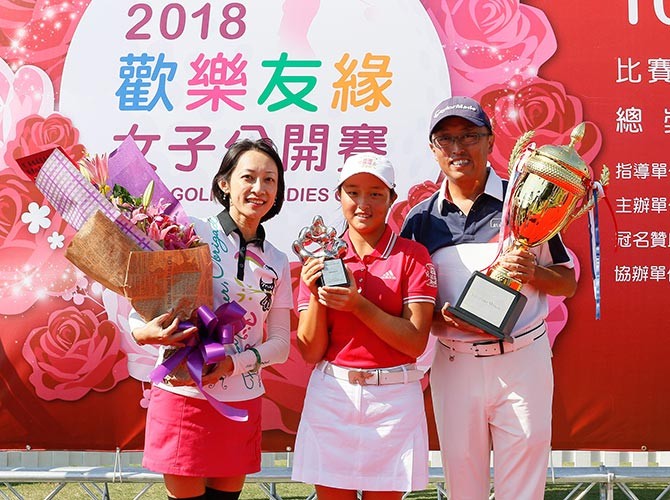 So far this year three amateurs have overshadowed the professionals on the TLPGA tour.

Wu’s victory came on the heel of another amateur Lu Hsin-yu, who outperformed tour professionals at Kenda Tire TLPGA Open in late September. Hou Yu-chiang, another amateur, stole the show at southern Taiwan in May by winning at TLPGA Ladies Open – Nan Pao.

Starting the final round with a 5-stroke lead, Wu shot a one-under-par, 71, on Friday. Wu was being chased by Taiwanese professional golfer Babe Liu (劉依貞), who birdied eight holes on the final day to post that day’s lowest score, 64, tying her own personal best record, according to media reports.

Liu, who is 25 years old, birdied the 16th hole to narrow the gap to one stroke. However, Wu was able to contain the pressure and held off Liu at the last three holes to win by one stroke.

Wu told media that, as Liu was closing on her down the stretch, she was telling herself to hold up to avoid a play-off. Wu did just that as she didn’t drop any shot in the last three holes to post a seven-under aggregate of 209.

As a winner of the Party Golfer Ladies Open, Wu is automatically qualified for the Swinging Skirts LPGA Taiwan Championship at the end of October.