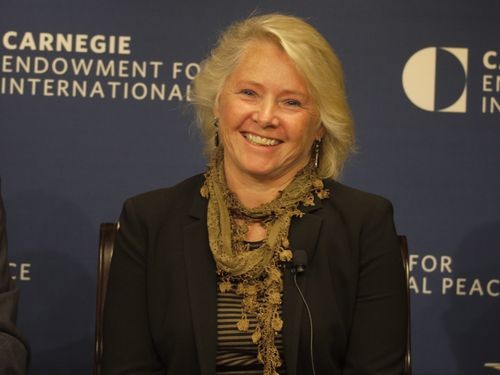 Though admitting relations between the U.S. and China have deteriorated, the former official expressed Taiwan’s China policy has remained consistent and urged Taiwan to keep on the same track.

Thornton remarked, “I think President Tsai has really been very mature in her approach to cross-strait relations. I think basically keeping things steady as she goes, not overreacting to things and trying to keep communications going across the strait is very important.”

The former official commented that it is hard to say whether the Trump administration is changing its China policy.

Vice President Mike Pence condemned Beijing on Thursday for threatening stability across the Taiwan Strait, and accused China of using “economic aggression” to achieve its goals internationally, and “debt diplomacy” to expand its influence.

Thornton said, however: “Most of the things have been going on for decades. Nothing is really new there.”

In order to ascertain whether the Trump administration’s policy towards China has changed, it is necessary to observe what it will do next, she also commented.

In his speech at the Hudson Institute, Pence raised questions about the possibility of change by using the word “respect” when referring to the U.S.’s commitment to the One China Policy:

“While our administration will continue to respect our One China policy, as reflected in the Three Joint Communiques and the Taiwan Relations Act, America will always believe that Taiwan’s embrace of democracy shows a better path for all the Chinese people”.

Thornton believed this did not indicate change, however, but a “reaffirmation” and continuation of current U.S. China policy.

In other news, the former official told press of plans to visit Taiwan in December of this year and said she was very much looking forward to it.