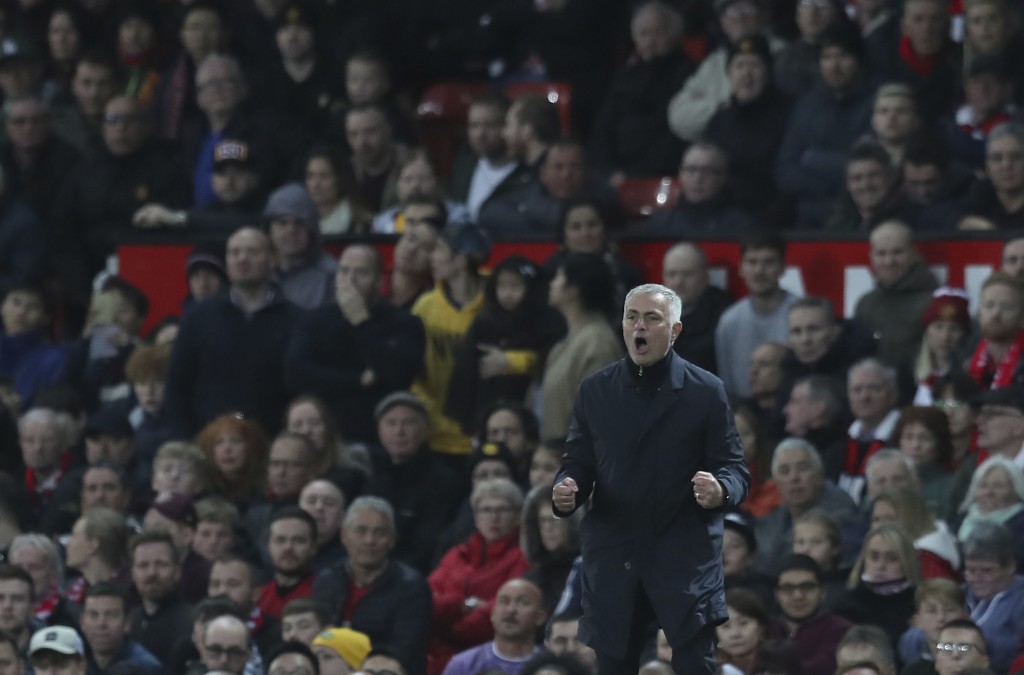 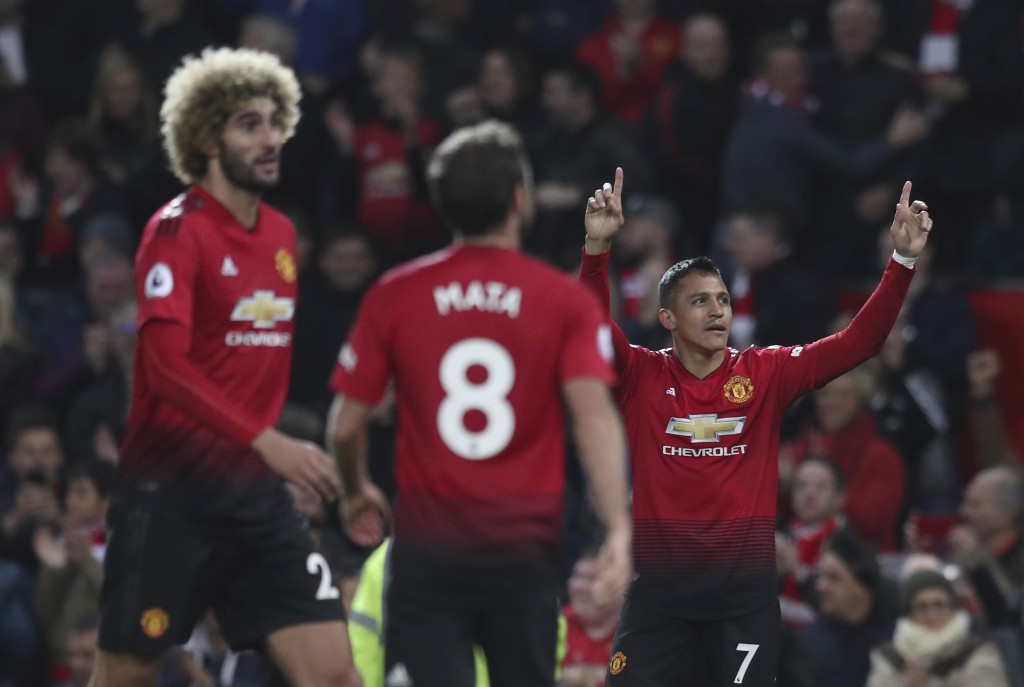 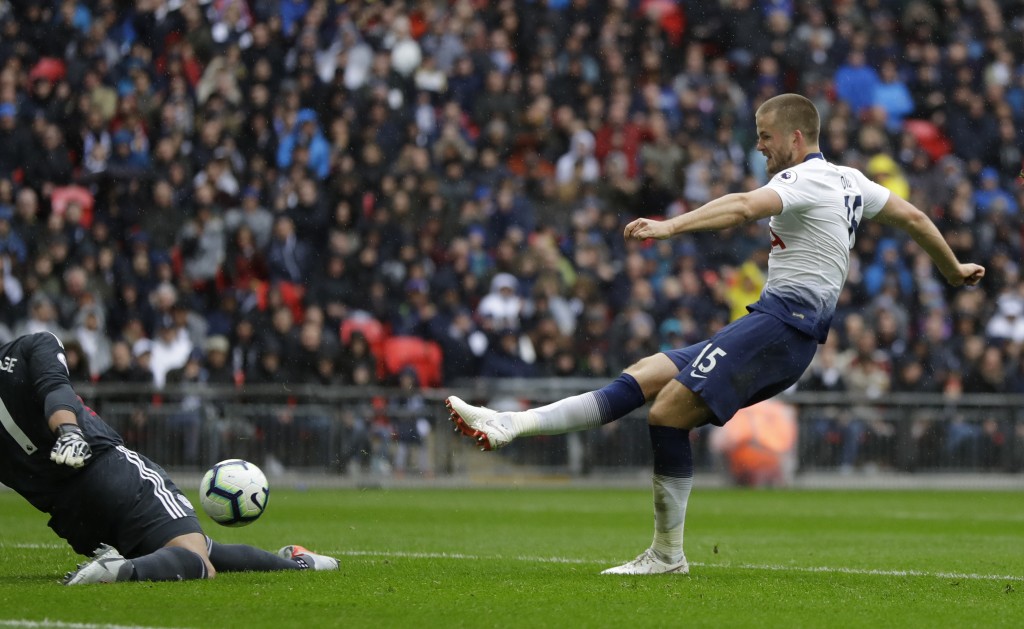 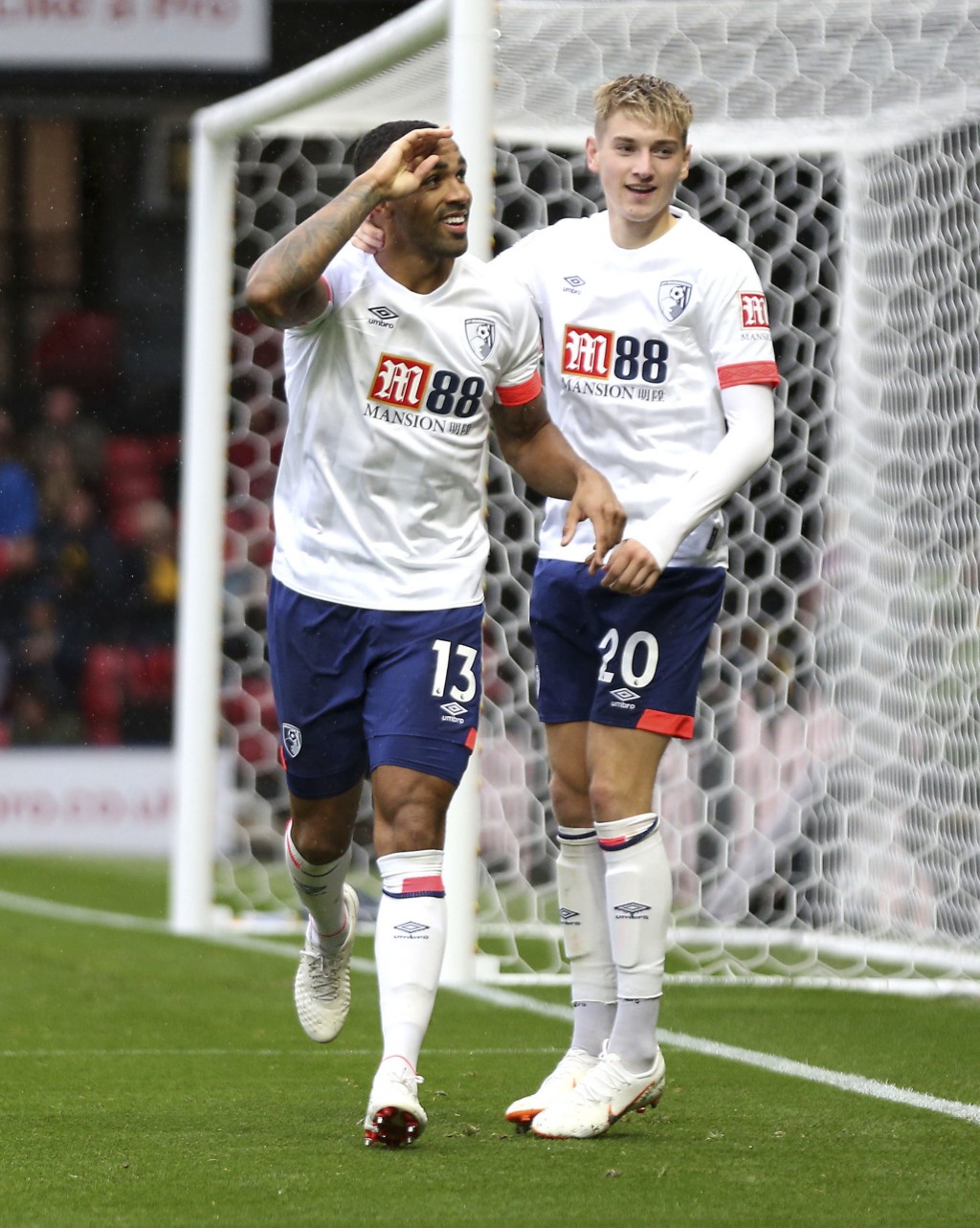 LONDON (AP) — Just when Jose Mourinho needed it most, Manchester United dug deep to pull off a gutsy victory for its under-fire manager.

Mourinho, under mounting scrutiny over his position because of poor results and frequent criticism of his players, was a picture of abject misery on the touchline as United went 2-0 down against Newcastle after only 10 minutes of their English Premier League match at Old Trafford on Saturday.

An animated Mourinho reacted with fury, screaming at his players and gesticulating wildly.

In a five-minute span in the second half, United equalized. The winner came in the 90th minute, when substitute Alexis Sanchez headed home and a much-relieved United ended a run of four matches without a win in all competitions.

Bournemouth won at Watford 4-0, Wolverhampton won at Crystal Palace 1-0, and Huddersfield moved off the bottom of the standings by drawing at Burnley 1-1.

Newcastle, winless in seven previous league outings, could scarcely believe its luck at Old Trafford as wing back Kenedy, a former player of Mourinho's during his second spell at Chelsea, sprinted through the middle of the defense to open the scoring.

Then, in the 10th minute, there was a stunned silence among the United home fans when United's sleepy defense allowed Yoshinori Muto to turn easily in the penalty area and beat goalkeeper David de Gea with a low shot.

An embarrassed Eric Bailly took on the role of United fall guy when Mourinho hauled off the Ivory Coast center half after only 19 minutes and replaced him with Spain midfielder Juan Mata.

Mata, though, pulled a goal back when he curled in a free kick in the 70th and, five minutes later, Anthony Martial cut inside after swapping passes with Paul Pogba to equalize with a venomous low shot.

Iceland playmaker Gylfi Sigurdsson produced a contender for goal of the season for Everton. Sigurdsson collected Idrissa Gueye's pass before a quick turn away from Leicester's James Maddison allowed him to take a touch and unleash a bullet from 25 yards into the top corner of the net.

Everton's cause was helped when Leicester captain Wes Morgan was sent off.

England midfielder Dier struck his first club goal in 18 months as Tottenham made it three victories in as many league matches.

Cardiff was reduced to 10 when Joe Ralls was sent off in the 58th minute at Wembley Stadium.

Norway striker Joshua King scored two goals and set up another to inspire Bournemouth at Watford, another team to play with 10 after Christian Kabasele was sent off in the 33rd minute.

Huddersfield rallied to draw with Burnley for only its third point.