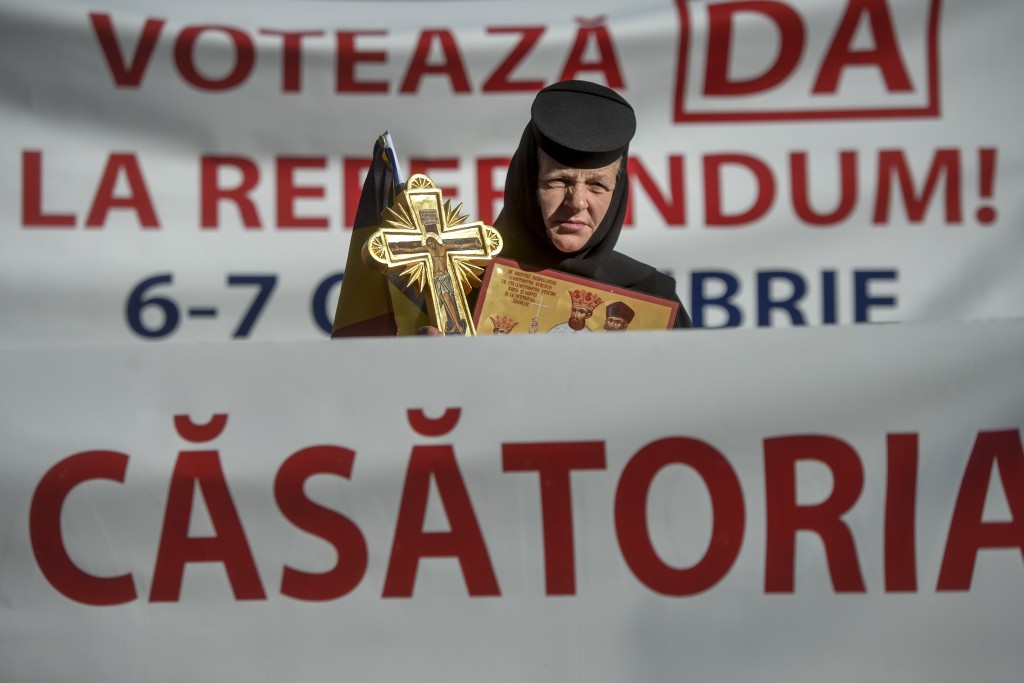 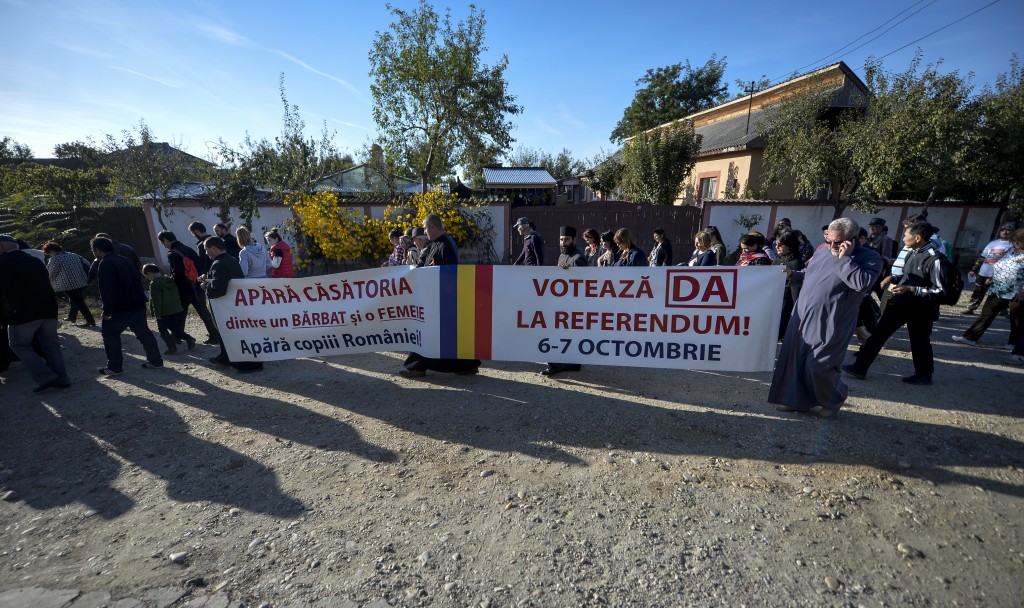 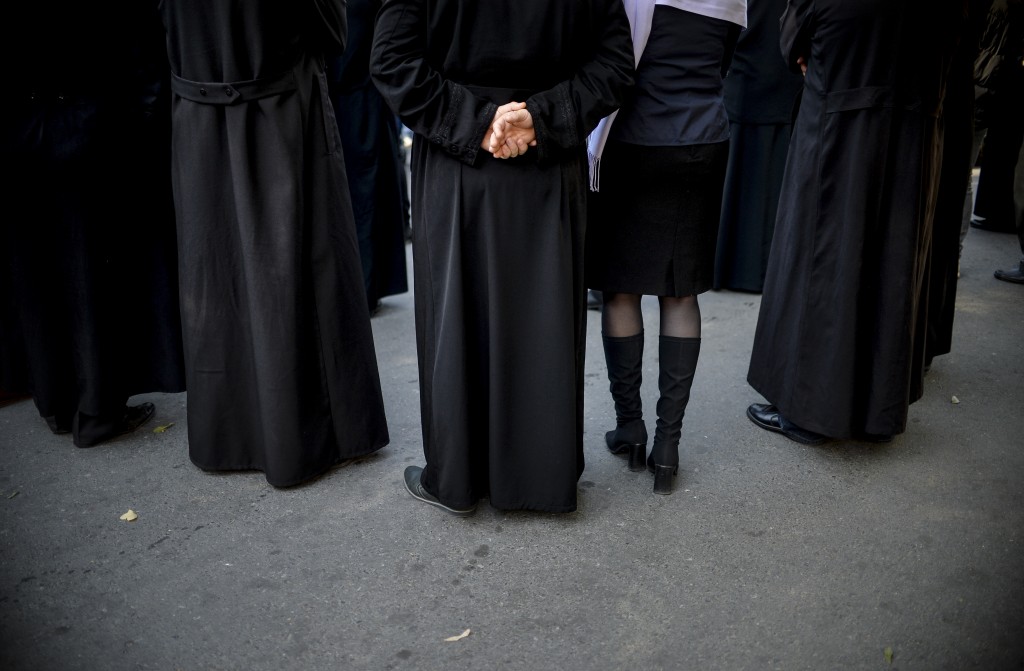 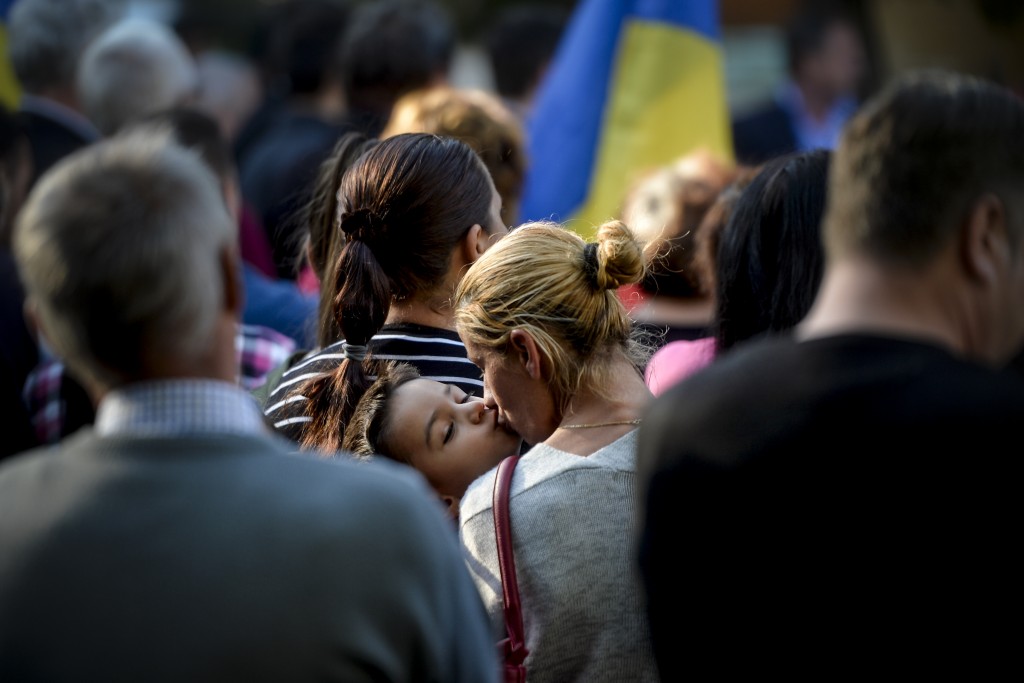 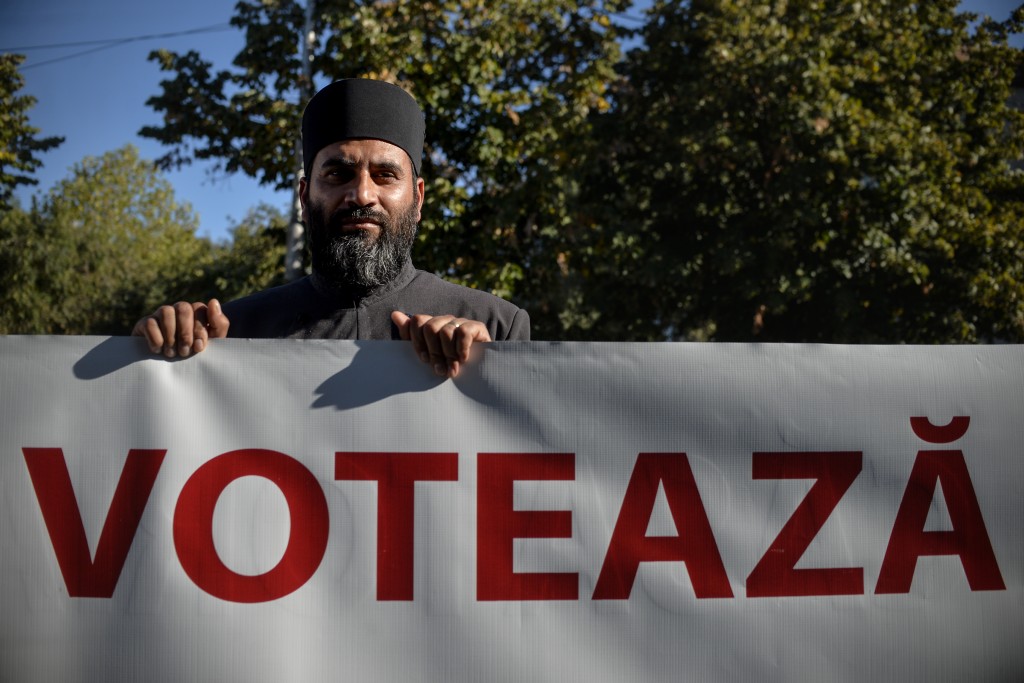 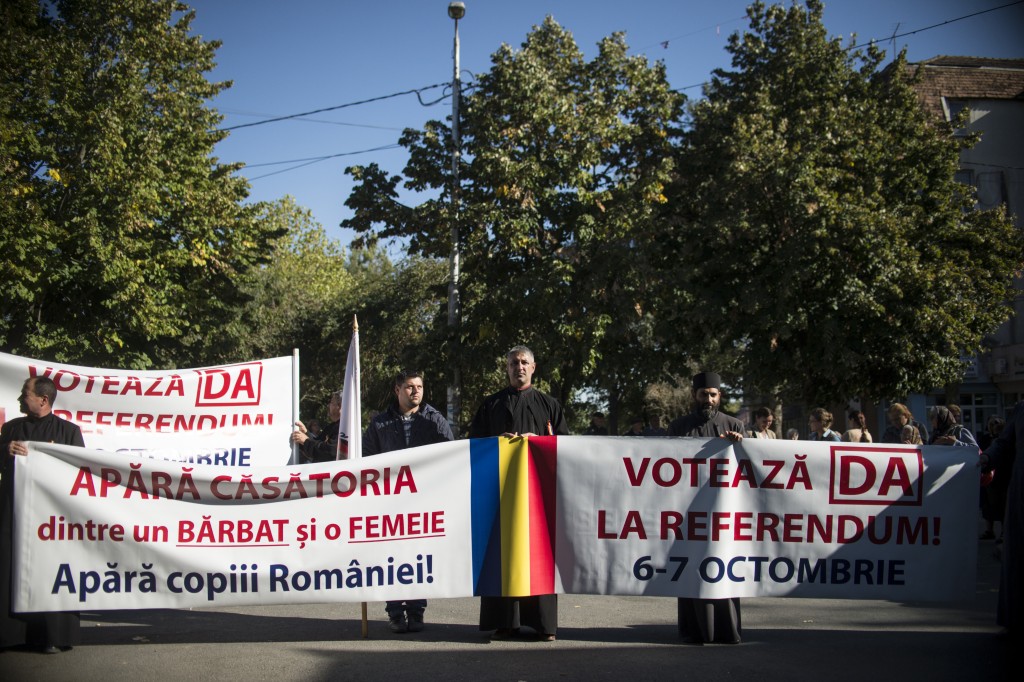 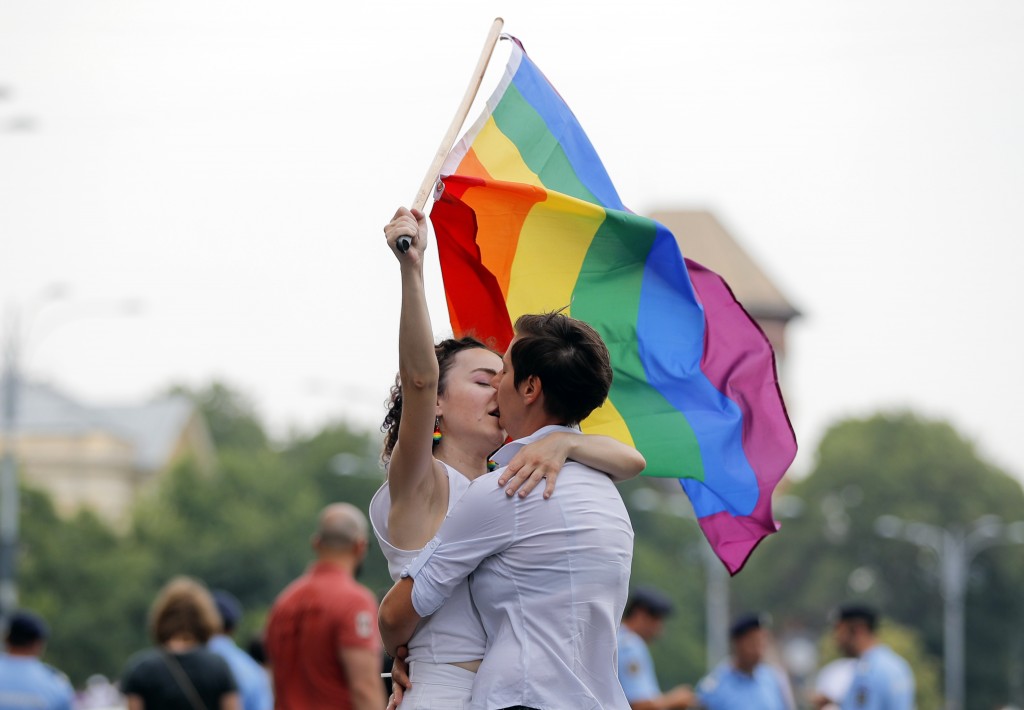 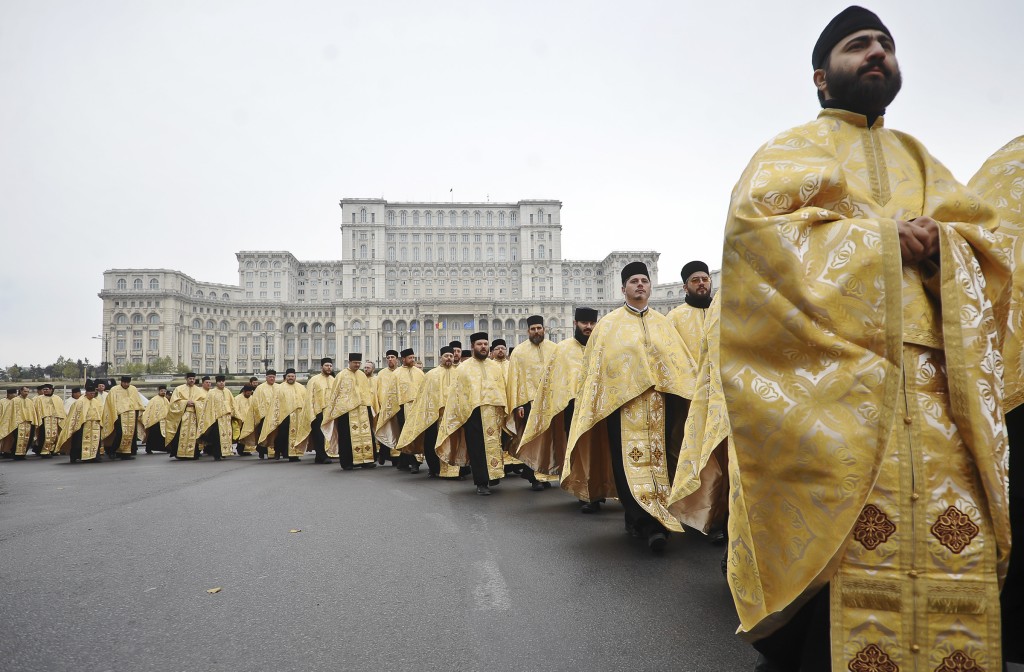 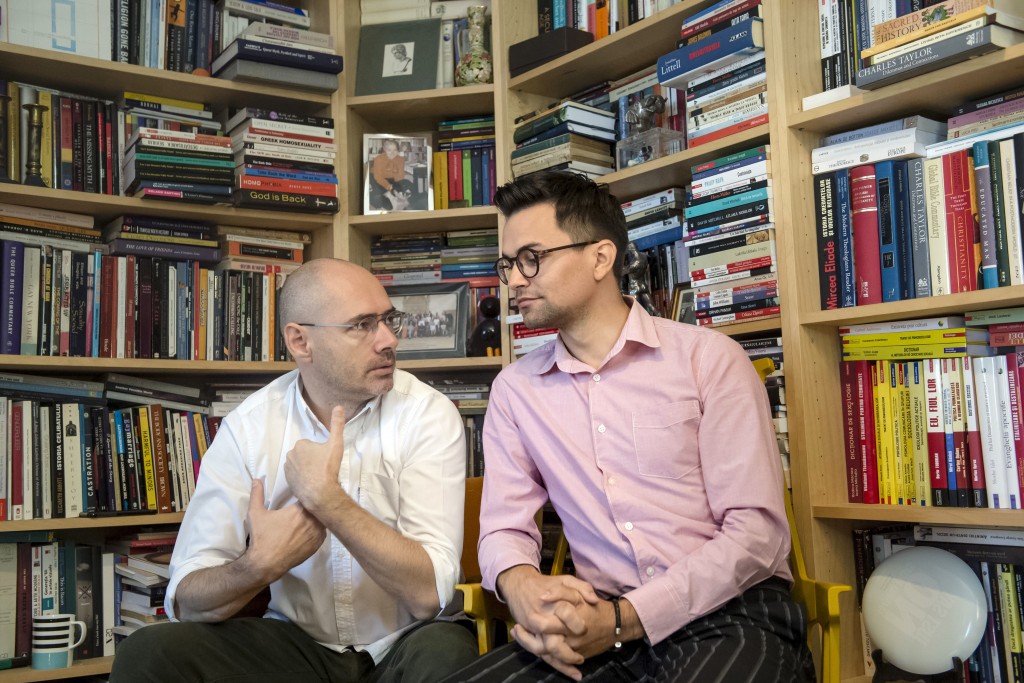 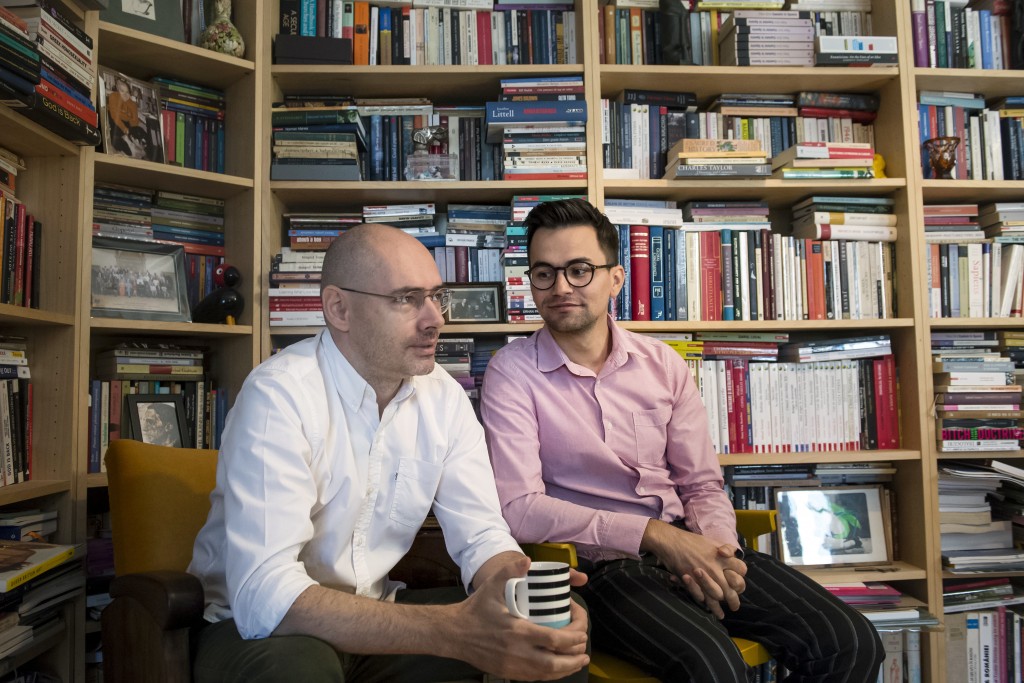 BUCHAREST, Romania (AP) — Florin Buhuceanu and his partner are boycotting a referendum this weekend that would revise the definition of family in the Constitution of Romania, an amendment intended to prevent same-sex marriages from being legalized that could also have consequences for households led by single parents and grandparents.

A conservative group initiated the referendum, and the influential Romanian Orthodox Church is backing it. It would revise the constitution to make marriage "a union between a man and a woman" instead of "a union between spouses." The proposed change would prevent any attempt to legalize same-sex marriage through legislation.

The two-day vote, which starts Saturday morning and ends Sunday evening, requires a 30 percent turnout of registered voters to be valid.

Both opponents and supporters seem to agree that not a lot will change for LGBT people if voters approve the amendment, in practical and legal terms at least. Gay couples are not permitted to wed in the eastern European country now since Romanian law already limits marriage to a union between a man and a woman.

WHAT ARE ROMANIANS VOTING ON?

Critics have said the amendment is redundant since Romanian civil law already bans same-sex marriages. They say the new constitutional language is a mean-spirited attempt to make same-sex couples and other untraditional families feel like second-class citizens, and to deny them the social recognition and legal protection of marriage.

WHY IS IT HAPPENING?

The Coalition for Family submitted a petition with 3 million signatures proposing for the constitution to be amended. The group said it was concerned young Romanians were learning about so-called 'non-traditional' family arrangements in school.

Coalition for Family spokesman Mihai Gheorghiu said the group's goal is to promote what it considers to be "the natural family."

"A mother and a father and the existence of a child are not prejudices," Gheorghiu said. "They are fundamental elements of our understanding and our society today."

The leader of Romania's ruling Social Democratic Party, Liviu Dragnea, said he would vote to support the revised language. Dragnea, who has been convicted of vote-rigging and abuse of power in office, said the referendum was necessary because some Romanians were alarmed about false reports that men could marry animals in other countries.

The 'yes' campaign has played on the generally unpopular idea that as the constitution now reads, same-sex couples could one day be able to adopt children. A Social Democratic mayor put up a sign in Bucharest urging a "yes" vote "out of respect for our grandparents, out of concern for our children."

The Romanian Orthodox Church has urged priests to get the voters out. The church can't sanction marriages legally — only the state can do that— but has broad influence.

Supporters of LGBT rights organized a boycott of the referendum. Some voters said they planned to skip it, either because of apathy or because they view the balloting as an attempt by the left-wing government to distract citizens.

The Evangelical Church of Augustan Confession, a German-speaking Protestant group, said the vote was unnecessary because marriage was already limited to a man and a woman in civil law.

WHAT WILL THE OUTCOME MEAN?

Gay rights groups say a 'yes' result could encourage homophobia, by further promoting the view that only opposite-sex marriages were legitimate.

So as not to be out of line with other European countries, the vast majority of which have legalized same-sex marriages, Romanian politicians have said they would pass a law offering some sort of recognition to same-sex civil partnerships.

WHAT IS THE STATE OF LGBT RIGHTS in ROMANIA

Buhuceanu, a gay rights activist and Victor Ciobotaru, a gender and political studies student, are a rare example of an openly gay couple in Romania.

The socially conservative East European nation does not have civil unions or recognize same-sex marriages from other countries.

Gay people don't have inheritance or other rights if their partners die. They are not acknowledged in Romania as next of kin if a partner is hospitalized or in another critical situation, even if the couple was in a legal civil partnership or marriage elsewhere .

Other couples "don't want to go public so as not to have problems with their family," Buhceanu said in an interview Friday. He called Romania "a country with one of the highest rates of homophobia" in Europe.