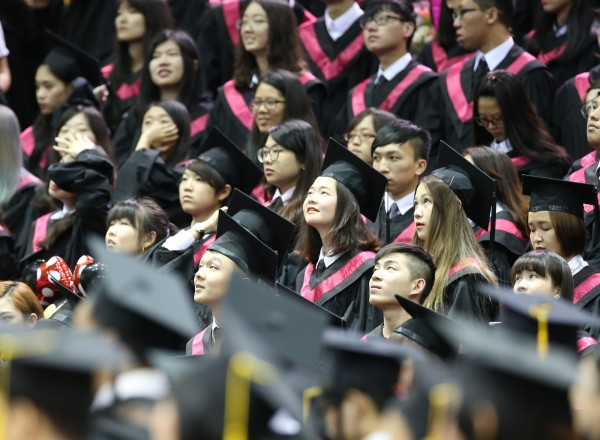 Taipei, Oct. 5 (CNA) - From prayer rooms that cater to Muslims to the diversity of food available at school cafeterias, university campuses in Taiwan have in recent years been stepping up efforts to accommodate the increasing number of Southeast Asian students pursuing higher education in the country.

The enrollment of students from Southeast Asian countries and India in colleges and universities in Taiwan has tripled over the last decade, said Bi Tzu-an (畢祖安), who heads the Ministry of Education's Department of International and Cross-strait Education Affairs.

Just 10 years ago, Indian and Southeast Asian students who took up university and post-graduate studies in Taiwan stood at roughly 8,000, according to the education ministry.

In 2016, students from Association of Southeast Asian Nations (ASEAN) member countries taking up tertiary education in Taiwan accounted for 28,000, a figure that had risen to 38,000 the following year, ministry statistics show.

The rising trend is expected to continue, Bi said, noting that Taiwan aims to increase student numbers from ASEAN countries to 58,000 by 2019.

Based on the latest government policy on higher education, Taiwan has been focusing on not only nurturing local talent, but also on forging ties with neighboring countries and attracting more students as part of its "New Southbound Policy," an initiative aimed at strengthening relations with ASEAN countries and South Asian nations, as well as Australia and New Zealand.

People there choose to study in Taiwan because of their knowledge of mandarin Chinese, which is the main language spoken in Taiwan, Chen noted.

As for the Vietnamese, Liu Kuo-wei (劉國偉), vice president for international affairs at Ming Chuan University, said students there also come to experience the local culture, and then return home after their studies to pursue career opportunities with Vietnam-based Taiwanese firms.

Meanwhile, the demographic of Indian students in Taiwan has also been on the rise in recent years, as Taiwan is making efforts to increase its interaction with the South Asian nation.

National Tsing Hua University, for example, has in recent years been ramping up efforts to attract students from India after President Tsai Ing-wen (蔡英文) named the country key in her administration's New Southbound Policy.

In April last year, the Hsinchu-based school established its Center for India Studies (CIS) to undertake Indian-focused research, the first of its kind in Taiwan.

CIS Director Wang Wei-chung (王偉中) said that Indians studying at the school accounted for only 40 people 10 years ago, a number that has surpassed 200 during the current school year.

But why choose Tsing Hua?

Wang says they come to study there in part due to the cost, as it is far cheaper compared to the United States, which has traditionally been a major education destination for Indians.

Coupled with CIS' vigorous promotional efforts, more and more Indians are getting to know about the school, Wang said.

What's more, the Association of Indian Universities (AIU) has also been working since 2010 to promote higher education exchanges between Taiwan and India, which has helped promote the country's visibility among students there, according to Wang.