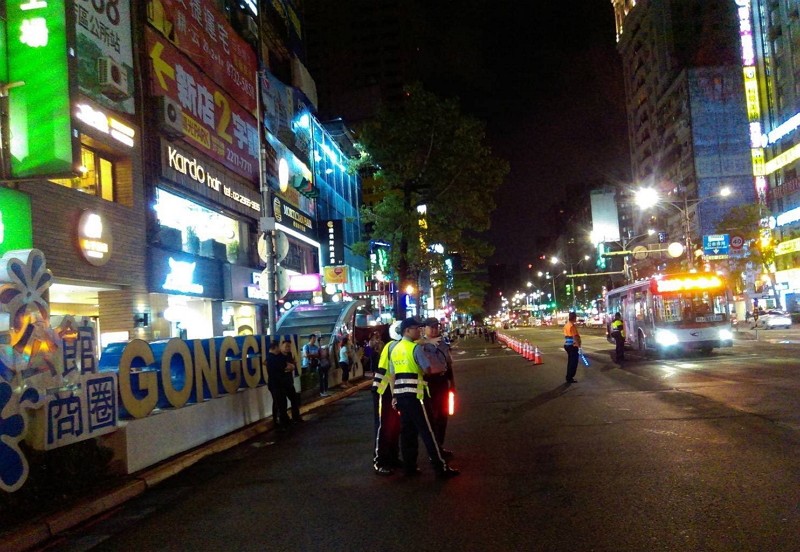 Now in its third year, the Nuit Blanche all- night arts festival in Taipei will take place from this Saturday evening to Sunday morning, with police imposing traffic controls on the road selected to serve as the event's venue.

The 2018 Nuit Blanche, organized by the Department of Cultural Affairs, will feature at least 28 exhibitions and art shows, as well as 22 art installations along Zhongshan North Road Sections 1-3, according to the organizer.

The annual carnival-like festival will be held from 6 p.m. Saturday to 6 a.m. Sunday, with the main activity spots in the plaza in front of the Taipei Fine Arts Museum, the Flora Expo Park, Zhongshan North Road Section 3, the Nanxi commercial circle, and the Museum of Contemporary Art, the Taipei City Police Department said Wednesday.

The traffic controls will be imposed on Zhongshan North Road Section 3 from 4 p.m. Saturday, and on nearby Chang'an West Road starting from 3:30 p.m., the department said, advising motorists to avoid these areas.

Nuit Blanche originated in Paris and takes place on the first Saturday night of October, with the core concepts of urban innovation and public space design.

In 2016, Taipei joined other international cities to host the very first Nuit Blanche in Taiwan, which was enthusiastically received by the public, attracting over 200,000 people, according to the organizer.