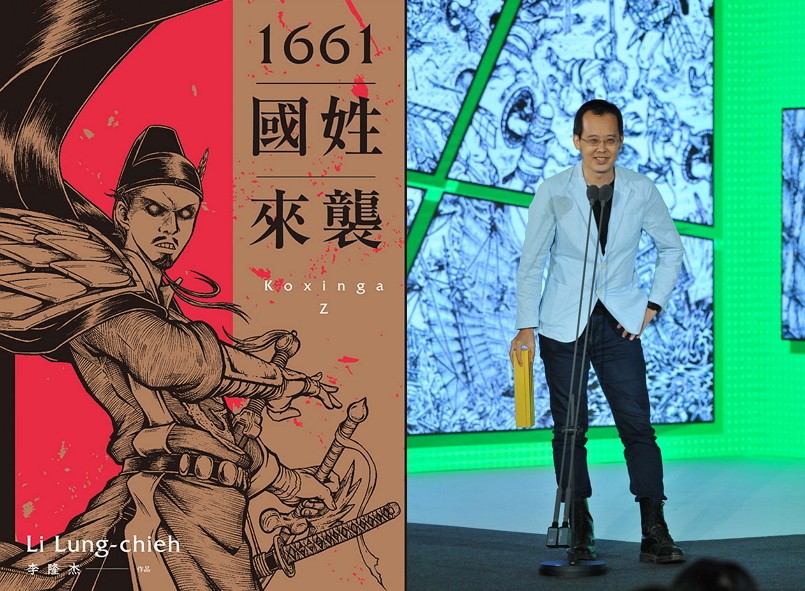 Graphic novel “Koxinga Z,” about the Ming dynasty (1368-1644) loyalist general who ousted the Dutch from Taiwan in the 17th century, won Comic of the Year at the 2018 Golden Comic Awards Oct. 2 in Taipei City.

Li Lung-chieh’s publication, which also claimed Best Comic for Young Adults, offers a unique and lively perspective on the decisive event in the country’s history, according to the judges. Li was inspired by the memoirs of Frederik Coyett—the last Dutch East India Co. governor in Taiwan—who was driven out by Zheng Cheng-gong, aka Koxinga.

At the ceremony, Culture Minister Cheng Li-chiun said the government has made great progress in promoting the country’s animation, comics and games industries. She cited the Ministry of Culture-organized exhibition for late comic master Chen Uen in Taipei City-based National Palace Museum this June, which attracted over 100,000 visitors.

The ministry is also supporting the comic book industry with a fund launched in April under the government’s Forward-looking Infrastructure Development Program. As of September, the fund had approved 102 applications from artists and publishing companies worth NT$80 million (US$2.6 million), Cheng added.

One of the government’s key policy undertakings, the NT$420 billion FIDP aims to meet Taiwan’s infrastructure needs for the next 30 years.

Cheng also paid tribute to publisher and former political prisoner Tsai Kun-lin, who was honored with a Special Contribution Award. She thanked him for his courage and commitment in developing the nation’s publishing sector during the White Terror period, when comics were subjected to strict censorship.