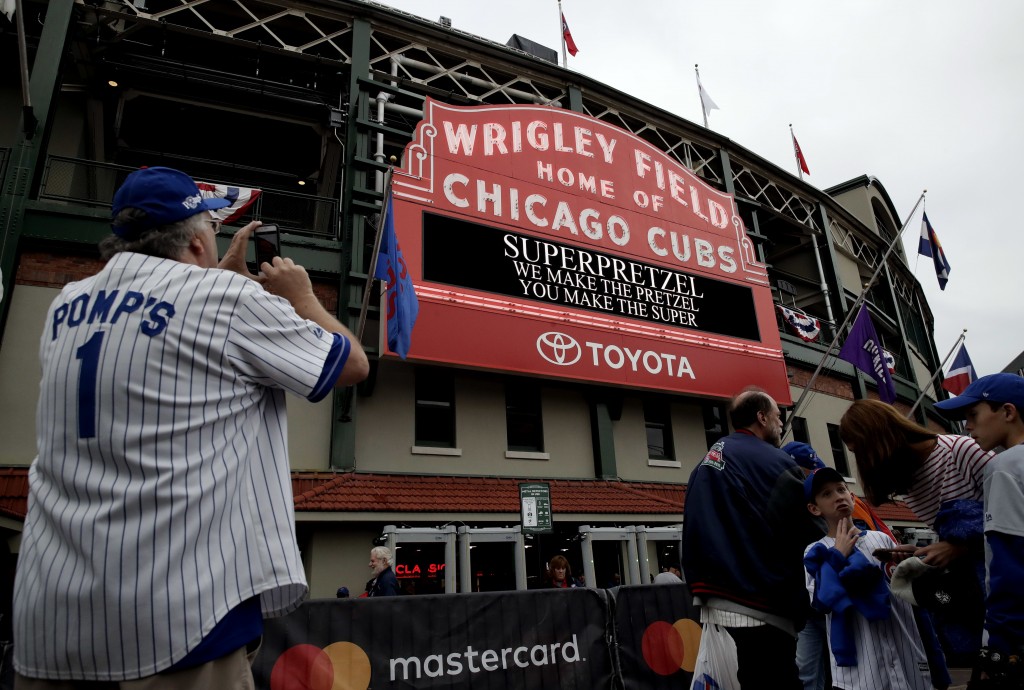 Commissioner Rob Manfred announced the ban and said MLB had completed its investigation into the accusations made by Melisa Reidy. Russell had denied the allegations, which Reidy detailed in a blog post in September.

Russell's unpaid suspension includes the 11 regular-season games he missed after being placed on administrative leave Sept. 21. Russell will be eligible to return on May 3 against St. Louis, barring any postponements, and he will not appeal the suspension. He will also participate in an evaluation and treatment program.

The Cubs' season ended Tuesday with a 2-1, 13-inning defeat to the Colorado Rockies in the NL wild-card game. Russell was not active for the game.

MLB has said it began an investigation last year after allegations against Russell first became public.

Reidy posted a photo on her Instagram account with a caption suggesting her husband of about 18 months had been unfaithful to her. In another post, a user described by Reidy as a close friend claimed Russell had "hit" his wife. The post was later deleted. Reidy declined to talk to MLB at the time because she decided it was not in her family's best interests, her attorney, Thomas Field, said last year.

Reidy then published a blog post in September describing more detailed allegations, including years of physical and emotional abuse. Less than 12 hours later, MLB announced Russell had been put on leave under MLB's domestic violence policy.

Chicago acquired Russell in a July 2014 trade with Oakland. He helped the Cubs win the World Series two years ago, batting .238 with 21 homers and 95 RBIs in 151 games.