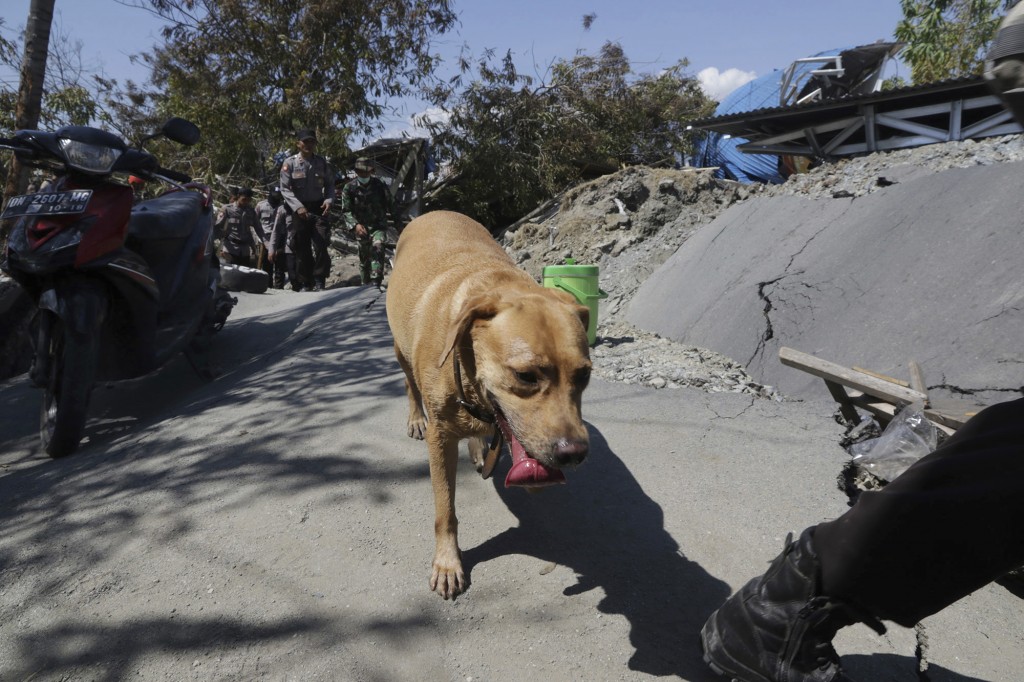 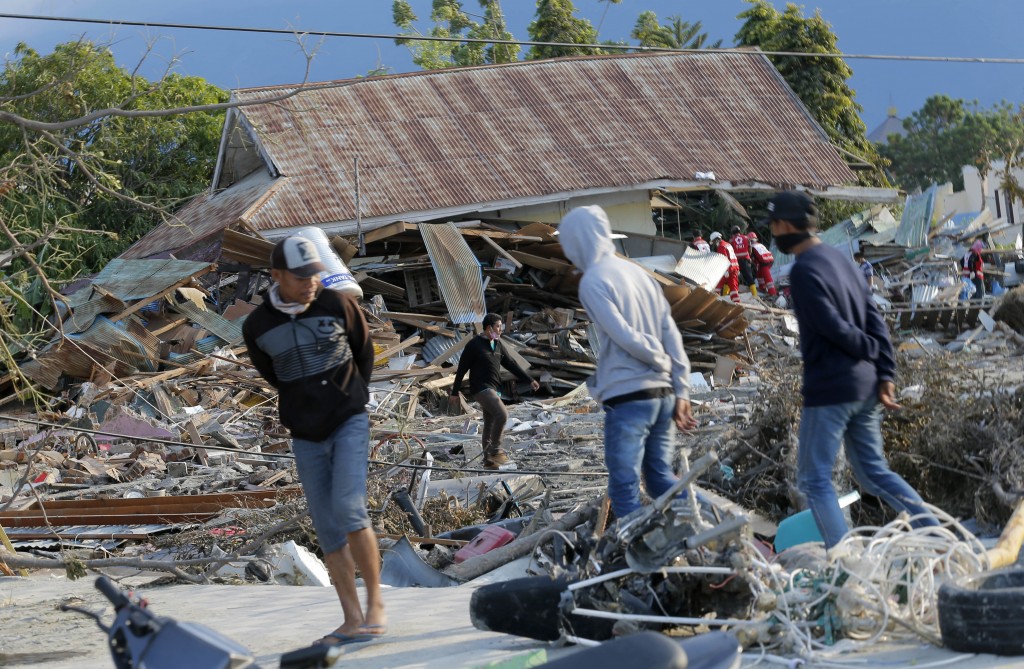 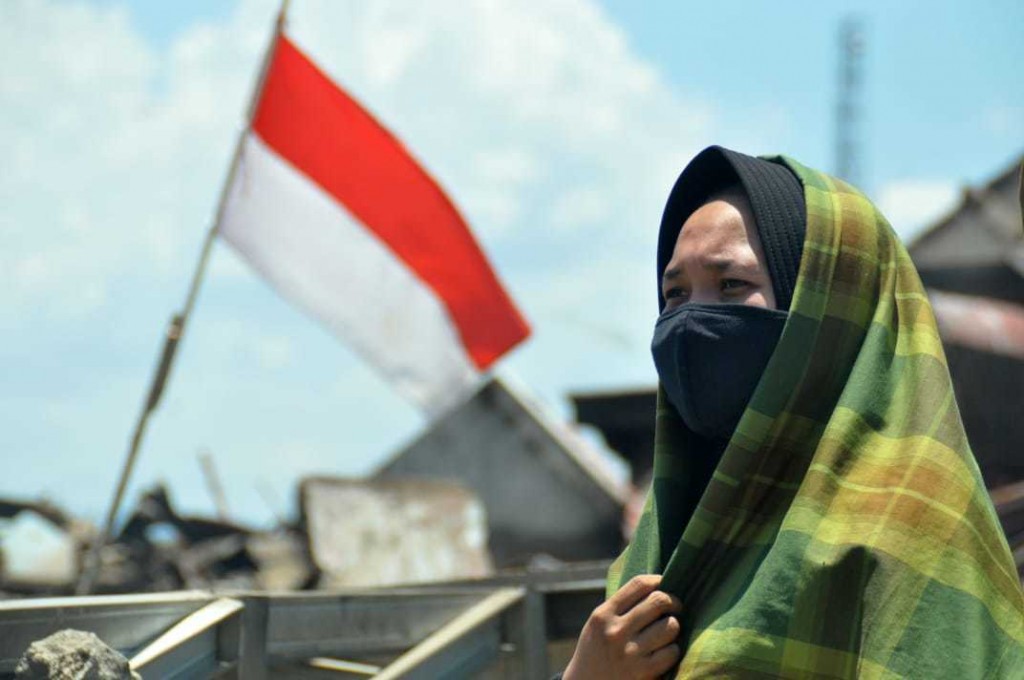 PALU, Indonesia (AP) — For two days, Edi Setiwan helped pull the dead and the living out of a sea of mud and debris, all of them victims of one of Indonesia's deadliest earthquakes in years.

And then, half-buried in the brown sludge, he saw two motionless bodies that broke his heart.

"I could see my father still embracing my sister," Setiwan said Monday, recounting the devastating moment he found the pair entombed in mud near their home in the Indonesian city of Palu.

"I just cried," he said. "I was able to save other people, but I was unable to save my own family."

Friday's magnitude 7.5 quake killed more than 840 people and destroyed thousands of homes, triggering an immediate humanitarian crisis that has left countless residents in desperate need of food, water and fuel.

Most of the casualties were caused by the quake itself and a deadly tsunami that slammed into the coastline around Palu. But hundreds of others were buried alive by a phenomenon called liquefaction, which occurs when loose soil near the surface gives way and collapses.

Disaster agency spokesman Sutopo Purwo Nugroho said that Palu's Petobo neighborhood, where Setiwan lived, was especially hard-hit. "There are still hundreds of victims buried in mud" in the area, he said.

On Monday, newly arrived rescue teams were confronting the behemoth task of trying to dig them out.

Palu, a city of 380,000 that was perhaps the worst hit on Sulawesi island, stood in ruins. Toppled cellphone towers made communication difficult in much of the town, while lack of electricity and downed power lines left plunged many parts into darkness after sun set.

While thousands of desperate women and children swarmed the city's airport tarmac in a desperate bid to board a military aircraft that arrived with aid, authorities began burying the first bodies side-by-side in a freshly dug mass grave.

When the massive quake struck on Friday, Setiwan said he was cleaning debris from another strong tremor that had cracked the walls of his home just hours earlier but left it standing.

As the 32-year-old rushed outside, "the ground I stepped on cracked ... water and mud came out, more and more from all directions."

His neighborhood seemed to be sinking.

His wife and year-old daughter were fine, but other family members, friends and neighbors were missing.

He tried to reach his parents' home, about 300 meters (yards) away, but the sea of mud that engulfed the area made it too hard to reach. With other villagers, he turned to saving whoever he could.

"I took a 2-year-old (child) on my head, a 3-year-old on my back, and held a 5-year-old while struggling to swim out from mud to the asphalt road," Setiwan said.

Villagers hurled ropes to people stuck in pools of thick mud that seemed like quicksand, and pulled them out by hand. Some of them saved his mother.

By Saturday, they had rescued 11 adults, including a pregnant woman, and two other children — although one later died.

Then they turned to the dead, recovering four bodies. It was Saturday when Setiwan saw the bodies of his father and sister in the sludge, locked in the embrace that had marked the last moment of their lives.

Many complained bitterly at the failure of rescue teams, overwhelmed by the scale of the crisis, to make it to their neighborhood in time.

Idrus, 52, who like many Indonesians uses only one name, said that "up to Saturday, we still saw many people screaming for help from the roofs."

"But we could not do (anything) to help them," he said. "Now, their cries are no longer heard."

Setiwan said the first government rescue teams arrived in his area Sunday, but because the mud was still unstable, they were only able to take photos documenting the tragic scene.

On Monday, they returned, and recovered eight bodies.