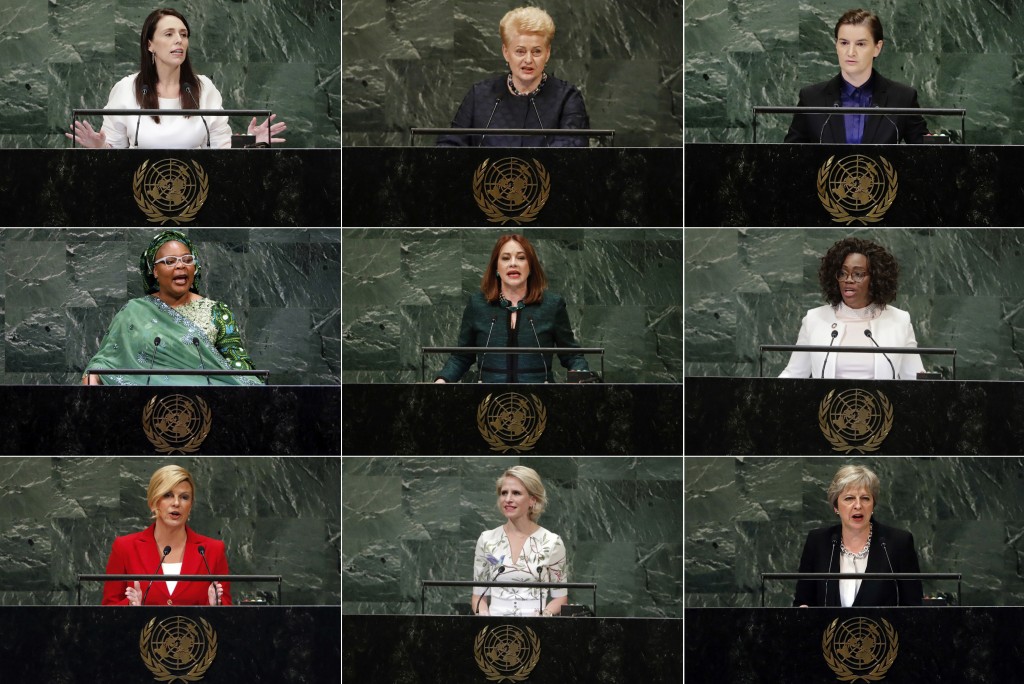 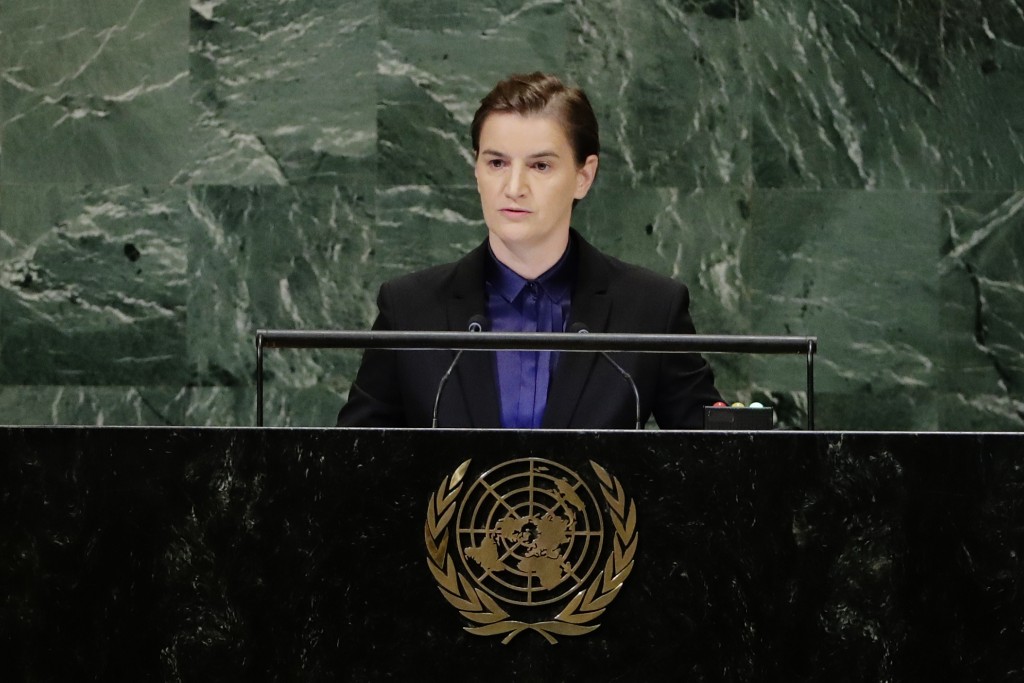 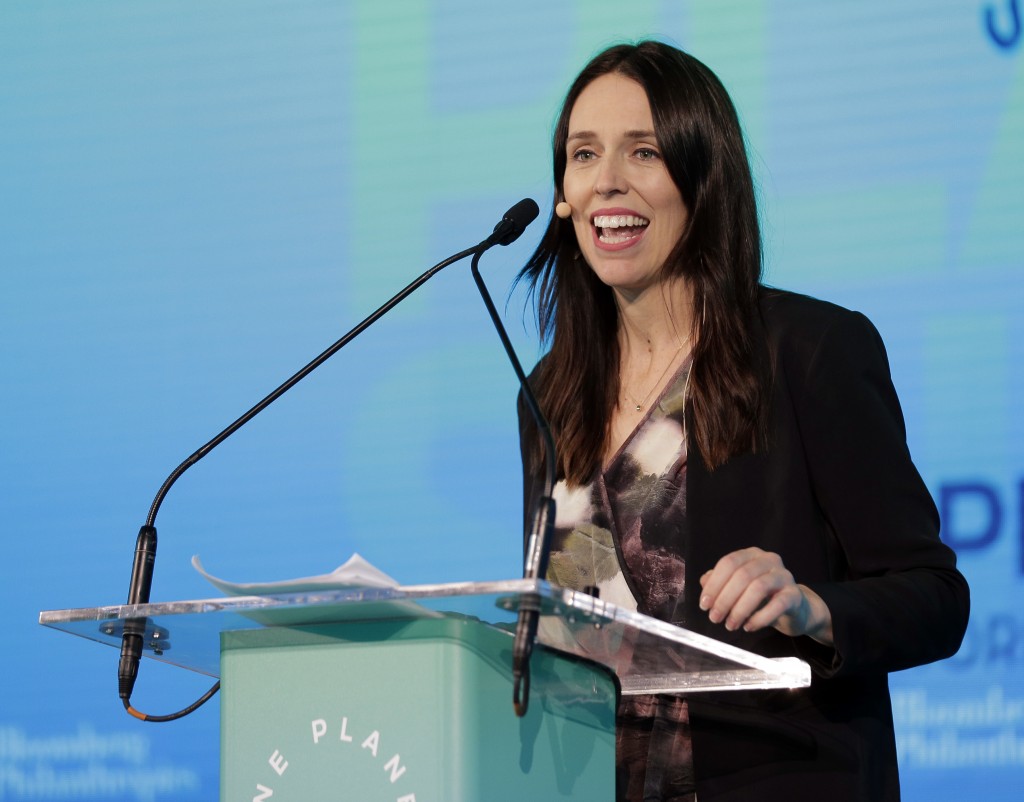 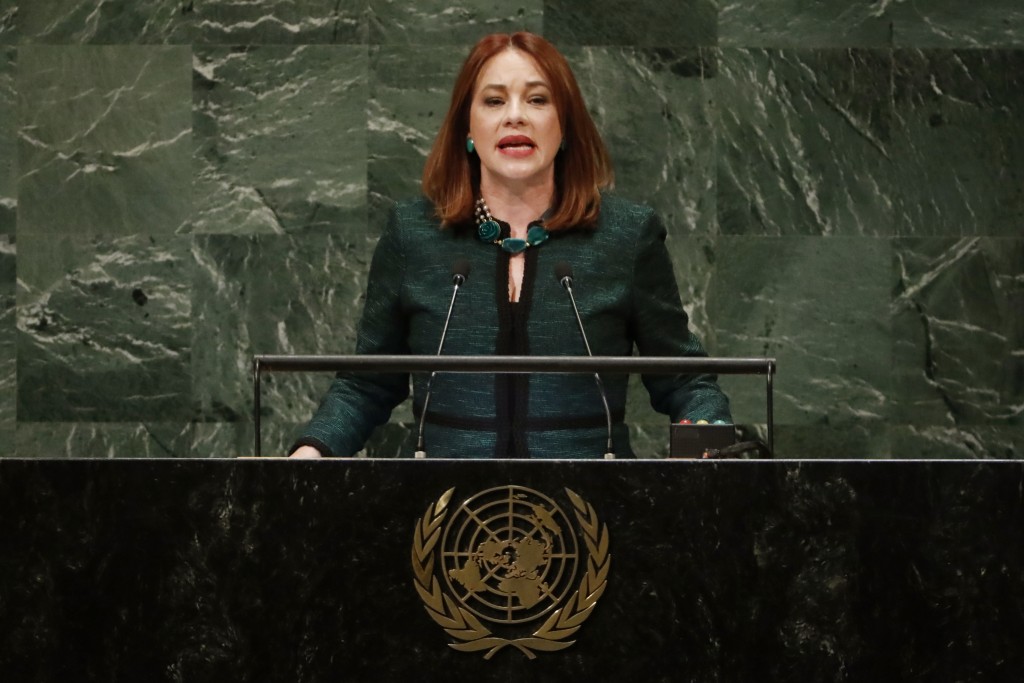 UNITED NATIONS (AP) — In a pivotal week for women in the United States, the U.N. put forth its own clarion set of female voices at its annual meeting of nations. And women's empowerment was only one of their rallying cries.

At the U.N. General Assembly, the first since the #metoo movement took root in Fall 2017 and began to amplify women's voices in a new way, some of the most powerful words have come from the mouths of female leaders, a group whose numbers, influence and ambitions for the planet are on the rise.

Female leaders presented roadmaps for peace in central Africa and the Balkans, challenged governments to fight anti-Semitism, exposed the dangers of trade barriers and resisted — or espoused — nationalist rhetoric.

One, Serbia's prime minister, called for a "world which is freer, fairer, and which is also, if I am to be honest, more fun."

The number of women presidents and prime ministers among the U.N.'s 193 member states doubled — to 19 — from 2005 to 2016, according to a report released last year by the U.N and the Inter-Parliamentary Union, an independent group. Women held about 18 percent of the government ministers' posts and 23 percent of parliamentary seats worldwide, the report found.

This year, the U.N. itself set the tone, listing women's rights as the No. 1 priority for this year's General Assembly, which was ending Monday.

"Violence against women persists in all regions. Girls and teenagers still lack enough access to information and quality education," and discrimination against women depresses the global economy, said María Fernanda Espinosa Garces, launching and presiding over the weeklong event.

Her message came at an exceptional cultural moment for women across the United States. As world leaders converged on the United Nations, Americans (and some at the U.N.) watched an odd and, to many, troubling spectacle as U.S. senators questioned a man who wants to serve on the highest court of the land and a woman who says he sexually assaulted her more than three decades ago.

The testimony prompted public argument and private soul-searching over the entrenched sexism that still underlines relations between men and women in the United States.

But hearing some of the addresses delivered here at the United Nations, it was clear: In many places beyond American borders, gender equality remains an even more distant dream.

"It seems surprising that in this modern age we have to recommit ourselves to gender equality, but we do," said New Zealand Prime Minister Jacinda Ardern. "We still have a gender pay gap, an over representation of women in low-paid work, and domestic violence. And we are not alone."

"I for one will never celebrate the gains we have made for women domestically, while internationally other women and girls experience a lack of the most basic rights," she said.

Ardern drew attention for bringing her baby to the U.N. But she said she wanted to make a broader point: that breastfeeding while leading a government should be ordinary, not newsworthy.

That, in fact, was part of what was so extraordinary this week: women leading, orating and outlining policy on topics that had absolutely nothing to do with gender.

Yet women at the U.N. podium, like women leaders everywhere, still came under extra scrutiny. They combined authority and compassion, carving out their space in world affairs:

— British Prime Minister Theresa May and Lithuanian President Dalia Grybuskaite stood up firmly against what they called Russian aggression.

— Costa Rican Vice President Epsy Campbell Barr, whose country's parliament is half female, proposed action against sexual violence used as a tactic of terrorists and a weapon of war.

Both strongly defended their nations and brought timely messages to New York.

Brnabic argued for a "world which will value people for who they are and the values and beliefs they stand for, rather than where they are from, what color is their skin, or who they love."

There is work to do. Africa's presence at the U.N. this year was glaringly male. Africa's first female president, Liberia's Ellen Johnson Sirleaf, left office this year, leaving a vacuum on the continent with the world's fastest-growing population.

And the U.N. has yet to put a woman in charge. But Secretary-General Antonio Guterres has made a point to name women to top jobs, and this week they, too, made their mark. Deputy Secretary General Amina Mohammad greeted U.S. President Donald Trump when he arrived at the United Nations.

Espinosa is the first Latin American woman to preside over a U.N. General Assembly and only the fourth woman to do so in over seven decades of U.N. history.

The sheer number of men celebrating Espinosa's leadership of the General Assembly suggests change is in the air.

"This is yet another reflection of the fact that, in the twenty-first century, global governance is inconceivable without the leadership of women," said Spanish Prime Minister Pedro Sanchez.