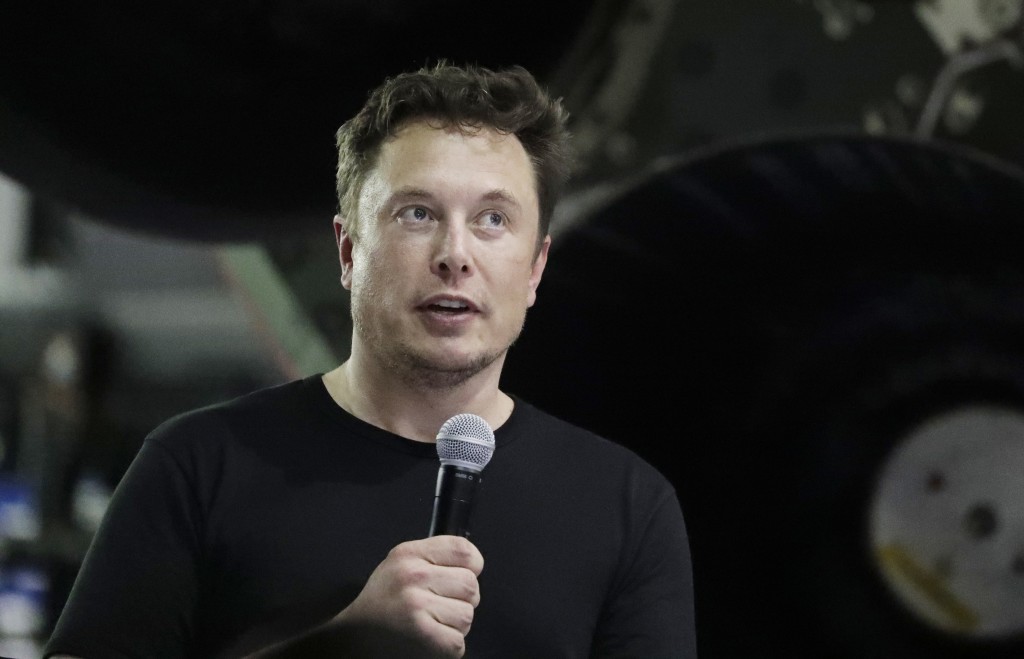 SAN FRANCISCO (AP) — Tesla and its CEO Elon Musk have agreed to pay a total of $40 million and make a series of concessions to settle a government lawsuit alleging Musk duped investors with misleading statements about a proposed buyout of the company.

The settlement with the Securities and Exchange Commission allows Musk to remain CEO of the electric car company but requires him to relinquish his role as chairman for at least three years.

Tesla must hire an independent chairman to oversee the company, something that should please a number of shareholders who have criticized Tesla's board for being too beholden to Musk.

The deal was announced Saturday, just two days after SEC filed its case seeking to oust Musk as CEO.

Musk, who has an estimated $20 billion fortune, and Tesla, a company that ended June with $2.2 billion in cash, each are paying $20 million to resolve the case, which stemmed from a tweet Musk sent on Aug. 7 indicating he had the financing in place to take Tesla private at a price of $420 per share.

The deal could remove one cloud that hangs over Tesla. Investors fretted about the company's ability to cope without Musk, a charismatic entrepreneur whose penchant for coming up with revolutionary ideas has drawn comparisons to one of Silicon Valley's most revered visionaries, Apple co-founder Steve Jobs.

Tesla's stock plummeted 14 percent Friday after the SEC filed its lawsuit, erasing more than $7 billion in shareholder wealth. Many analysts predicted the shares were bound to fall even further if Musk had been forced to step down. Tesla's stock has dropped 30 percent since Aug. 7, closing Friday at $264.77.

The steep downturn in Tesla's market value may have influenced Musk to have an apparent change of heart and negotiate a settlement. Musk had rejected a similar settlement offer before the SEC sued Thursday, maintaining he had done nothing wrong when he posted a tweet declaring that he had secured the financing to lead a buyout of Tesla.

The SEC alleged Musk wasn't close to locking up the estimated $25 billion to $50 billion needed to pull off the buyout.

Musk and Tesla reached their settlement without admitting to or denying the SEC's allegations.

The resolution "is in the best interests of our markets and our investors, including the shareholders of Tesla," SEC Chairman Jay Clayton said in a statement.

A Tesla spokeswoman said the company and Musk had no comment Saturday.

Besides paying a fine and stripping Musk of his chairman's title, Tesla also must appoint two more directors who have no ties to the company or its management. Musk will be allowed to remain on the board.

The company also must clamp down on Musk's communications with investors, a requirement that might make its colorful CEO's Twitter posts slightly less interesting.

"Considering the drastic punishment the SEC had announced, Musk and Tesla got lucky," said Krebs, the Autotrader analyst. "Musk at least remains at the helm of the company, and adding a couple of board members is a good thing."

The SEC also got what it wanted by bringing the combative Musk down a notch and taking steps to tone down his off-the-cuff remarks while forcing Tesla to expand its board to counterbalance its CEO's power, said Carl Tobias, a law professor at the University of Richmond. Besides being CEO, Musk owns a roughly 20 percent stake in Tesla.

Besides tweeting about a deal that the SEC alleged he didn't have money to pay for, Musk had been engaging in other erratic behavior that had been raising questions about whether he should remain CEO.

Musk had raised hackles by ridiculing stock market analysts for posing fairly standard questions about Tesla's shaky finances, and calling a diver who helped rescue 12 boys on a Thai soccer team from a flooded cave a pedophile, triggering a defamation lawsuit. He was also recently caught on a widely circulated video apparently smoking marijuana , a legal drug in Tesla's home state of California.

The erratic behavior has convinced more analysts that Tesla needs to find a replacement for Musk, but the SEC settlement will allow the company to do so on its own timetable, if it decides to hire a new leader.

Tesla is also under mounting pressure to overcome its past manufacturing problems and produce enough vehicles to become consistently profitable after years of huge losses.

A gauge of the company's progress should come within the next few days when Tesla is expected to release its vehicle production numbers for the July-September period.

Musk has pledged Tesla would manufacture an average of 7,000 vehicles per week, enough to turn a profit.

Tesla needs to turn the financial corner because it has $1.3 billion in debt coming due during the next six months. If it keeps burning through its cash, Tesla will likely have to raise more money to pay its bills — something that analysts say will be easier to do without any lingering doubt who will be running the company.