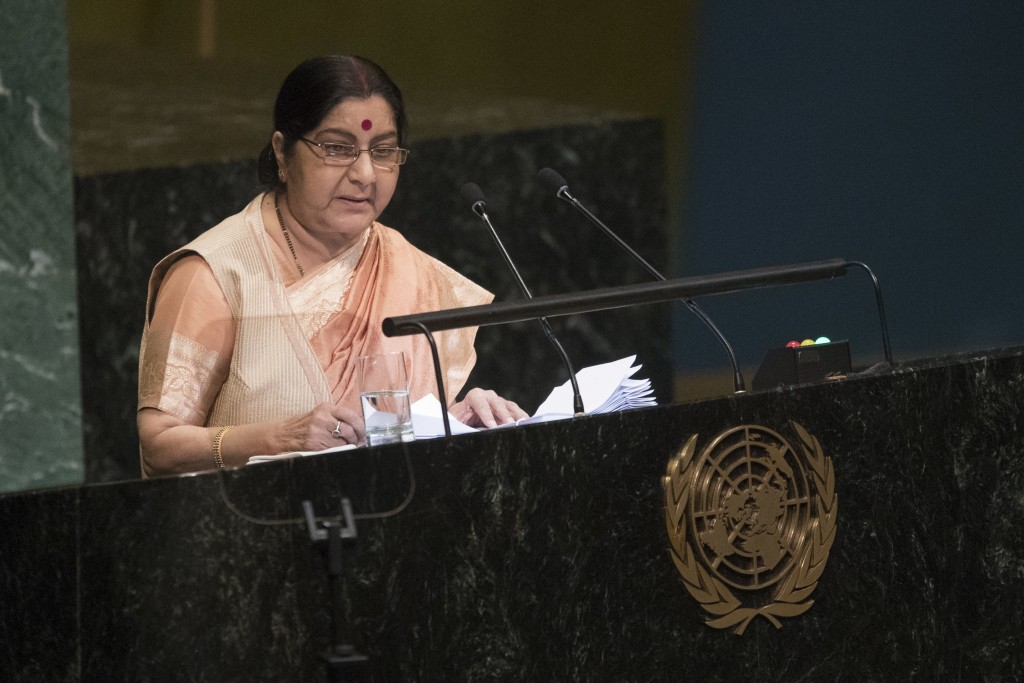 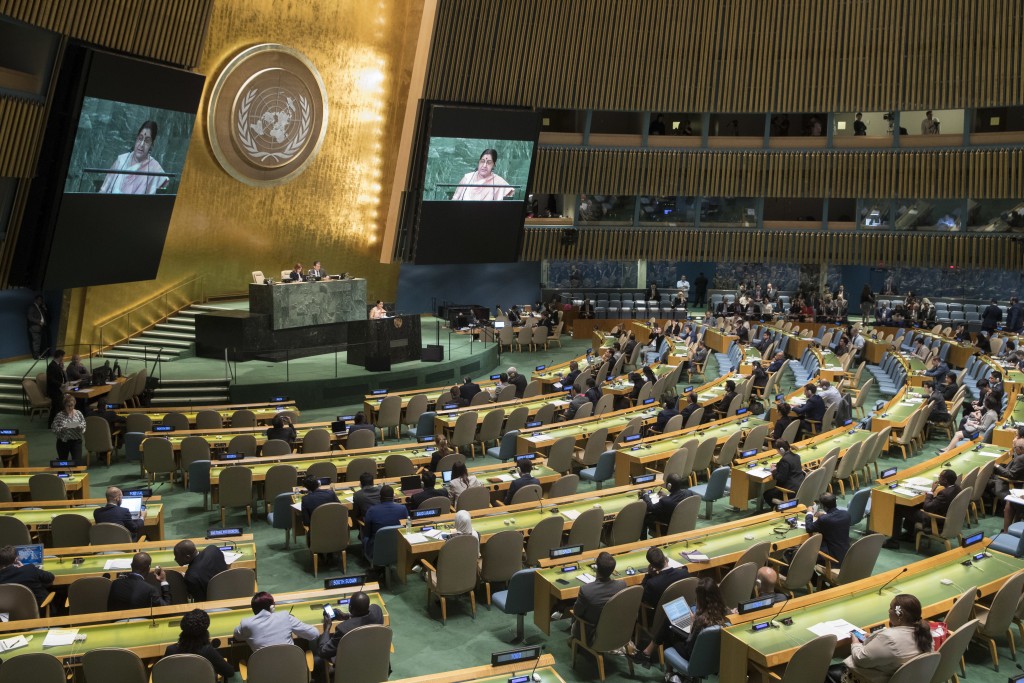 UNITED NATIONS (AP) — India's foreign minister accused neighboring Pakistan of harboring terrorists in an angry speech Saturday before the U.N. General Assembly, and rejected the notion that India is sabotaging peace talks with Pakistan, calling it "a complete lie."

Sushma Swaraj pointed to the fact that Osama bin Laden had been living quietly in Pakistan before he was found and killed by a team of U.S. Navy SEALs, and said the mastermind of the 2008 attack in Mumbai in which 161 people died "still roams the streets of Pakistan with impunity."

"In our case, terrorism is bred not in some faraway land, but across our border to the west," Swaraj said. "Our neighbor's expertise is not restricted to spawning grounds for terrorism, it is also an expert in trying to mask malevolence with verbal duplicity."

Swaraj and her Pakistani counterpart were supposed to meet on the sidelines of the U.N. General Assembly this week. India called it off only one day after it was announced, following the killing of an Indian border guard in the disputed region of Kashmir.

The two South Asian nations, always uneasy neighbors, face off under particularly tense conditions in that region at a "line of control" that cuts through a rugged mountain range.

The announcement of the planned meeting had been considered an encouraging sign for restarting stalled talks between the nuclear-armed South Asian neighbors. New Delhi had agreed to hold the meeting in response to a letter from newly-elected Pakistan Prime Minister Imran Khan, who has written his Indian counterpart, Narendra Modi, stressing the need for positive change, a mutual desire for peace and a readiness to discuss terrorism.

"We accepted the proposal," Swaraj said. "But within hours of our acceptance, news came that terrorists had killed one of our jawans. Does this indicate a desire for dialogue?"

Since independence from Britain in 1947, Pakistan and India have fought two of their three wars over Kashmir, divided between the two countries but sought by each in its entirety.

There was no immediate official reaction by the Pakistani government to the speech. Pakistan's foreign minister, Shah Mahmood Qureshi, was due to speak later Saturday.