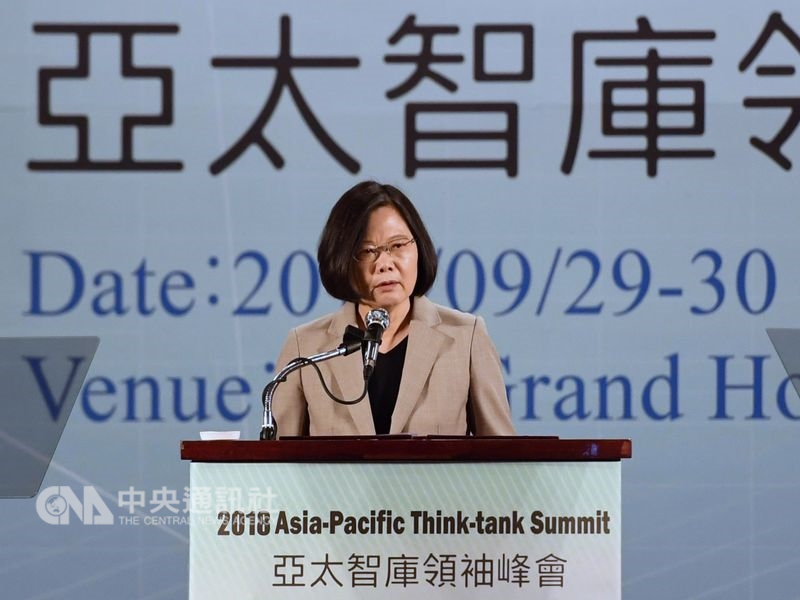 TAIPEI (Taiwan News) - Fake news and the military threat from China are a danger to Taiwan and to the whole Asia Pacific region, President Tsai Ing-wen (蔡英文) said Saturday.

She was speaking at the opening of the 2018 Asia-Pacific Think-tank Summit at Taipei City’s Grand Hotel, the Central News Agency reported.

More and more fake news is designed to destroy the democratic way of life and is not just affecting Taiwan, but is threatening all Asia Pacific countries sharing common values, Tsai said. The problem underlined the urgency of the need to offer a common response, the president added.

After last year’s summit, she was happy to see how more than 50 think tanks from all around the world linked up to set up a joint platform, CNA reported Tsai as saying.

The president also named the “Indo-Pacific strategy” as the topic she most wanted to be the subject of intense discussions this year. Both Taiwan and the United States promoted the strategy, hoping it could become a key force for future regional development, she said.

President Tsai also expressed the hope of exchanging ideas with all nations in the region which shared the same values of democracy and tolerance, CNA reported.