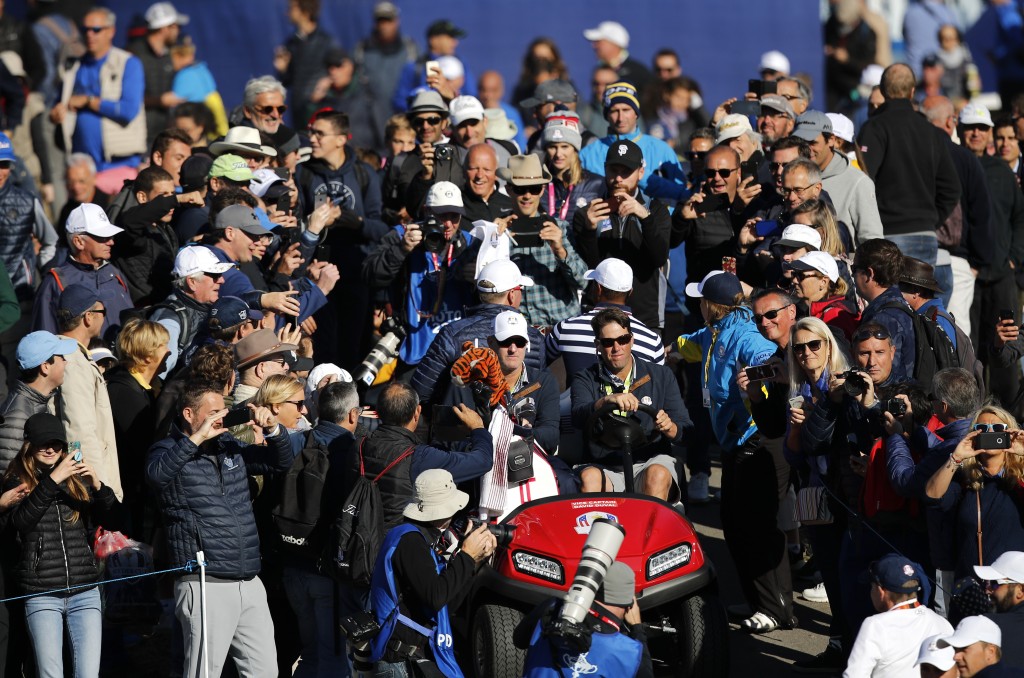 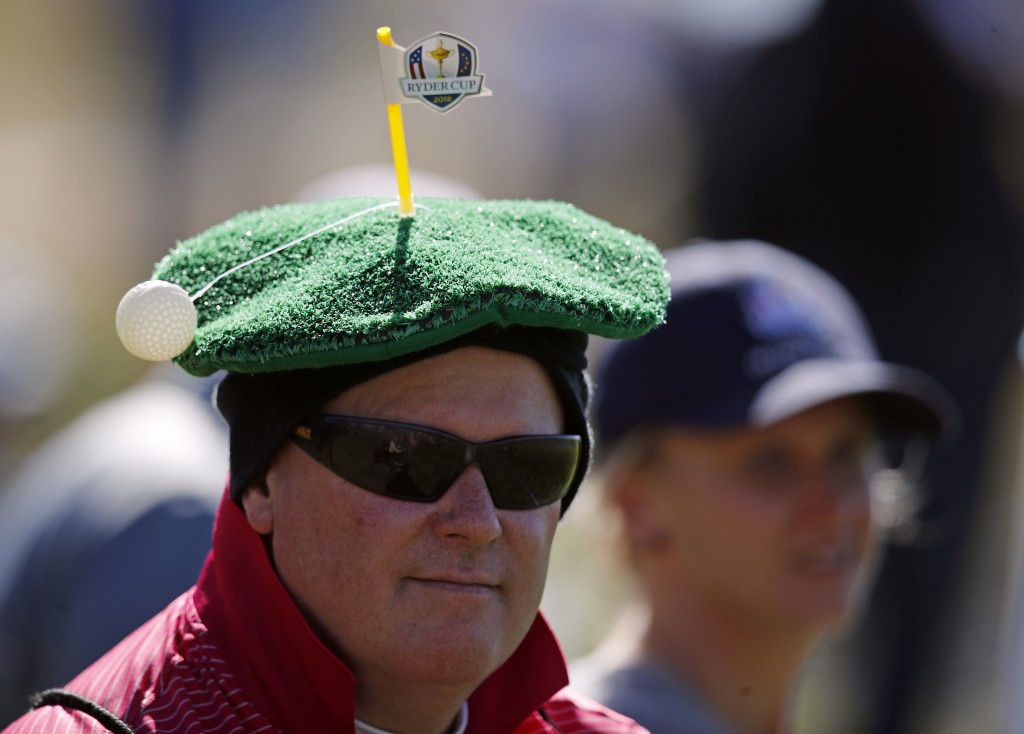 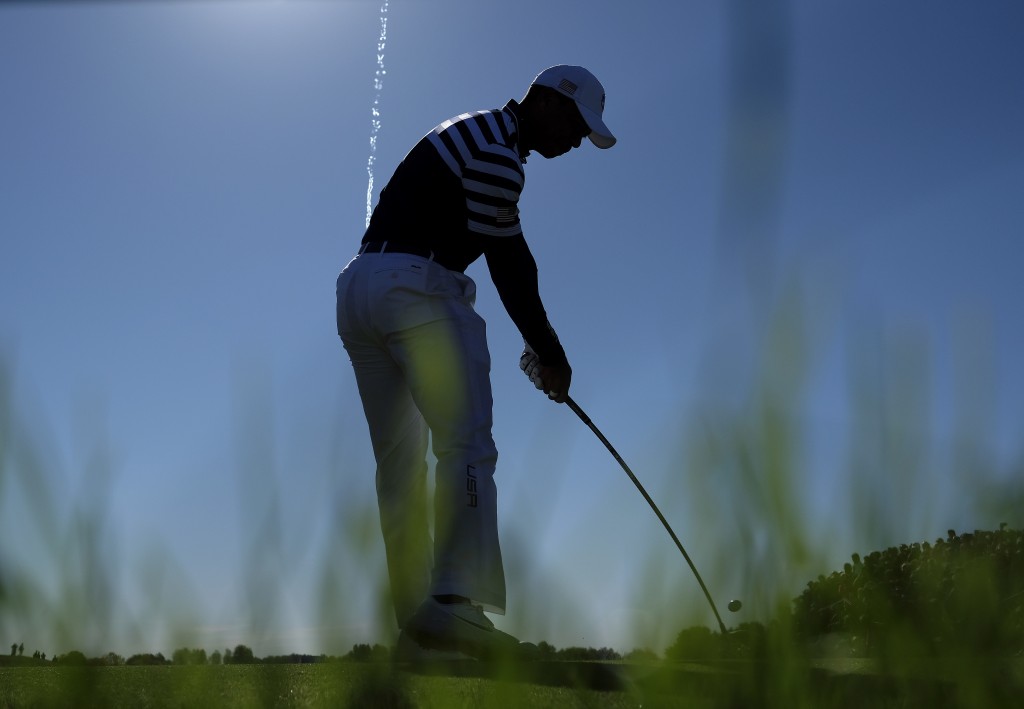 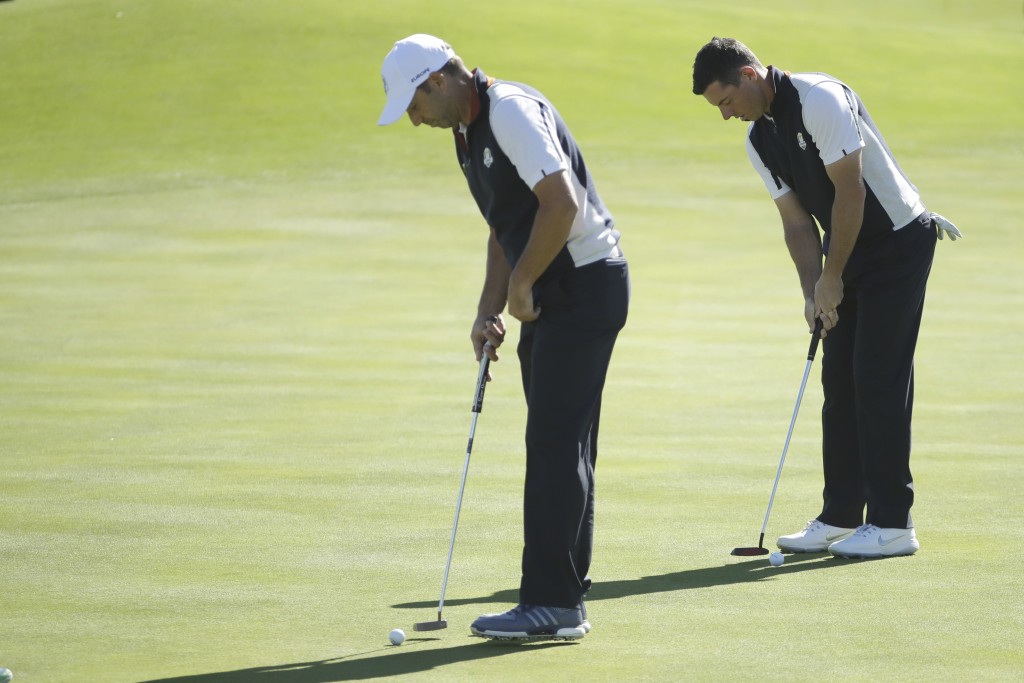 SAINT-QUENTIN-EN-YVELINES, France (AP) — It remains, on the eve of the Ryder Cup outside Paris, the defining image of French golf: Jean Van de Velde losing the British Open in excruciating fashion in 1999, peeling off his socks and shoes to fish his ball out of the silty creek in a final-hole meltdown at Carnoustie.

"Oh, Jean, Jean, Jean ...," lamented BBC commentator Peter Alliss, hunting for words to describe the brain-freeze that destroyed the Frenchman's three-shot lead. "Would somebody kindly go and stop him? Give him a large brandy and mop him down."

This week's clash between Europe and the United States at Le Golf National offered the possibility of a reset for French golf. Imagine how Gallic hearts would have soared, how many kids from Paris and beyond might have been lured off soccer fields and onto greens, had a hometown hero been around to sink the winning putt on Sunday, to cries of "Vive L'Europe!" and "Vive la France!"

Opportunity missed. Victor Dubuisson, the last Frenchman (and just third ever) to play in a Ryder Cup, in Europe's most recent victory in 2014, isn't here, laid low by an injury to his left inner ear. Despite their intimate knowledge of Le Golf National's Albatross course, France's highest-ranked players, Alexander Levy (91) and Michael Lorenzo-Vera (99), didn't loom large on the radar of Europe team captain Thomas Bjorn. This 42nd Ryder Cup will be the first without a player from the home nation.

Given their multitude of other strengths, their mastery of culinary arts and of fine living, the eternal romance of Paris and the heartache of Edith Piaf, perhaps it's only fair that the French don't also have a top golfer. Certainly, the absence of a French Tiger Woods isn't really felt outside golfing circles. The nation is still buzzing from its soccer team's victory at the World Cup in July . Ask the schoolkids who have been touring Le Golf National during practice this week and most reply that, given the choice, they would rather follow in the footsteps of Kylian Mbappe, France's 19-year-old soccer star , than the far wealthier and globally more famous Woods.

Still, French organizers of only the second Ryder Cup to be held in continental Europe see this week's tournament as a potential big step toward a greater footprint for golf in France, where it trails behind soccer, tennis, horse riding, judo, basketball and handball in numbers of card-carrying players.

Pascal Grizot, the golf-loving businessman who has overseen tournament preparations as president of the 2018 Ryder Cup committee, notes that 44 percent of tickets were bought by French spectators, who snapped up their allocation in less than two hours. The French golf federation's 410,000 signed-up members also helped cover tournament costs, each chipping in 3 euros (about $3.50) per year.

"It's going to be an extraordinary success," Grizot said. "We'll be speaking about golf like never before in France. Afterward, we'll have to see what heritage it leaves, but I'm not worried."

Others aren't so sure that golf's needle in France can be significantly shifted without a bona fide French star. France hasn't had a major champion since Arnaud Massy became the first non-British winner of the British Open in 1907.

"We need a champion, that's all," Franck Riboud, head of the women's Evian Championship, said this month. "We don't have a golf culture. We have to build it."

Grizot says golf still suffers in France from a lingering perception of being an elitist sport. The earliest French clubs catered to well-off British visitors, he noted. France's oldest club, in Pau in the Pyrenees, says Scottish officers pioneered golf there, during the Napoleonic wars in the early 19th century.

To capitalize on what it hopes will be a broader audience for the sport thanks to the Ryder Cup, the French federation has been building small urban courses, where players can quickly get through a few holes for a few euros. And there'll be more publicity for Le Golf National when it hosts the golfing events at the 2024 Paris Olympics.

But with no French player at this year's Ryder Cup, nothing that happens between Friday and Sunday will move French golf far beyond the memory of the barefooted Van de Velde splashing around in the Barry Burn in 1999, on his way to a triple-bogey 7.

"There's no single magic recipe," Grizot said. "A combination of things means that it is a difficult problem to resolve. But it's interesting when it is complicated."

John Leicester is an international sports columnist for The Associated Press. Write to him at jleicester@ap.org or follow him at http://twitter.com/johnleicester