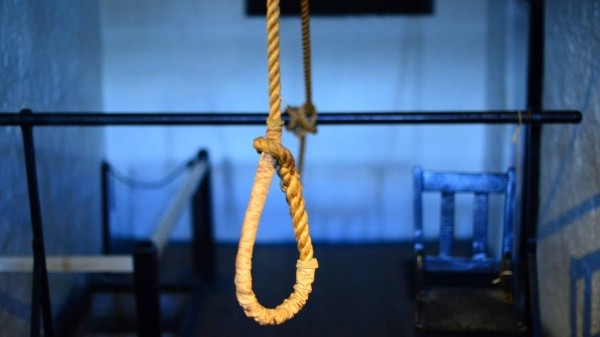 TAIPEI (Taiwan News) -- A female American English teacher was found dead after apparently hanging herself in her apartment yesterday (Sept. 25), with a suicide note placed on the floor.

A 46-year-old woman, whose identity has yet to have been released by police, was found by her boyfriend in her rented apartment dead, after apparently hanging herself, reported Liberty Times. When police arrived at the scene, they said they found no evidence of a struggle.

The deceased woman's 34-year-old boyfriend, who is also a U.S. national and is currently being questioned by police, said that he did not know why she hanged herself, but that she had not been in a good mood recently and he suspected that she suffered from mental illness, reported Apple Daily.

A colleague of the woman told Liberty Times that she was "very demanding of herself." Police and prosecutors will inspect the body today to determine if there is any suspicion of a homicide. Police said that the English teacher rented a studio in an apartment tower on Liuhe 1st Road in Kaohsiung's Xinxing District. Police received a report at 2:40 p.m. yesterday afternoon from her boyfriend, who had arrived at her apartment and discovered her lifeless body hanging in the bedroom doorway, reported UDN.

He then found a suicide note that she had apparently written lying on the ground near her body. Police have obtained the letter and will verify that the handwriting is that of the deceased.

Both the deceased and her boyfriend worked as English teachers at different in cram schools in the city, according to the UDN report.

Police will notify the family of the deceased of her passing and advise them on burial arrangements.