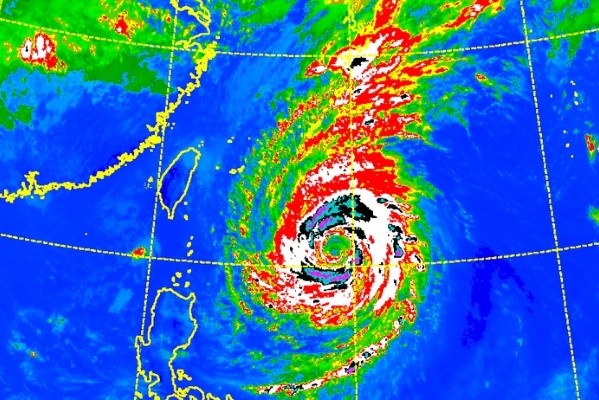 TAIPEI (Taiwan News) -- Typhoon Trami is expected to come closest to Taiwan on Sept. 28 and 29, when its periphery will bring heavy rain to the country, according to the Central Weather Bureau (CWB).

By Sept. 30, the remnants of the typhoon will have left the country as it heads towards Japan, said Cheng. Starting today, Cheng reminds the public to beware of big waves in northern Taiwan, eastern Taiwan (including Green Island and Orchid island), coastal areas and the Hengchun Peninsula.

In addition, due to the effects of northeasterly winds, powerful wind gusts of up to level 9 and 10 have been observed in northern Taiwan, eastern Taiwan (including Green Island and Orchid Island), the Hengchun Peninsula, Penghu, Kinmen, Matsu and open areas along the coast and adjacent waters.

As for today's weather, Cheng said that northeasterly winds will continue to affect northern and northeastern Taiwan, especially Taipei and Taoyuan. Cheng said the probability of extended periods of rainfall in these areas is high, with heavy rain likely in some areas.