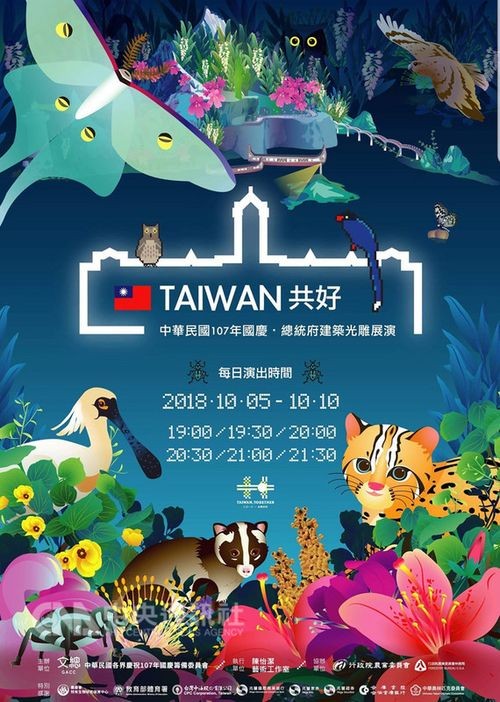 Taipei, Sept. 23 (CNA) A wide range of animal species endemic to Taiwan, including the leopard cat, masked palm civet and common tree nymph, will be featured in a light show on the outer wall of the Presidential Office as part of activities to celebrate National Day.

Other endemic species to appear in the show include threatened or endangered animals such as the green sea turtle and whale shark and the critically endangered Taiwanese humpback dolphin, according to Agi Chen (陳怡潔), the show's director.

To precisely replicate the diffent animals with lights, the show's organizers visited the Endemic Species Research Institute in central Taiwan to study its collection of indigenous species from all around Taiwan, Chen said.

The planned light show was designed to "demonstrate the vitality of the land" while "exploring the various faces of Taiwan's endemic species," she said.

The six-minute show will be projected onto the outside of the Presidential Office every 30 minutes from 7 p.m, with the last show at 9:30 p.m., from Oct. 5 to 10, according to Chen. Taiwan's National Day falls on Oct. 10.

The director is putting on a light show at the Presidential Office for a second time. Her show last year featured a locomotive as a symbol of a driving force leading Taiwan forward. 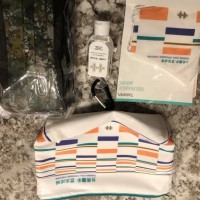