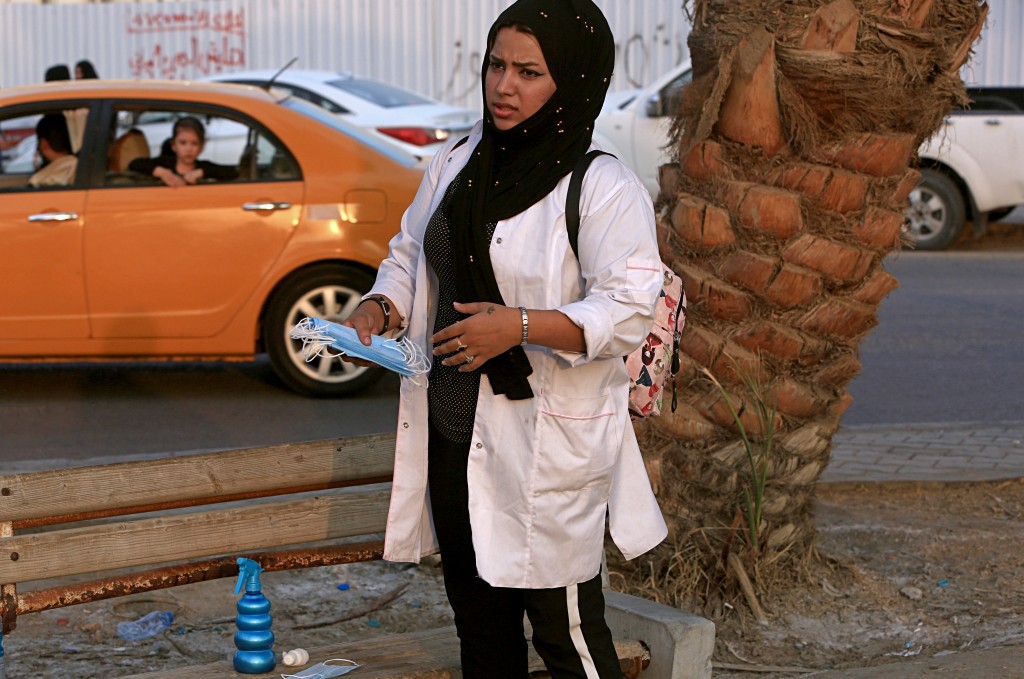 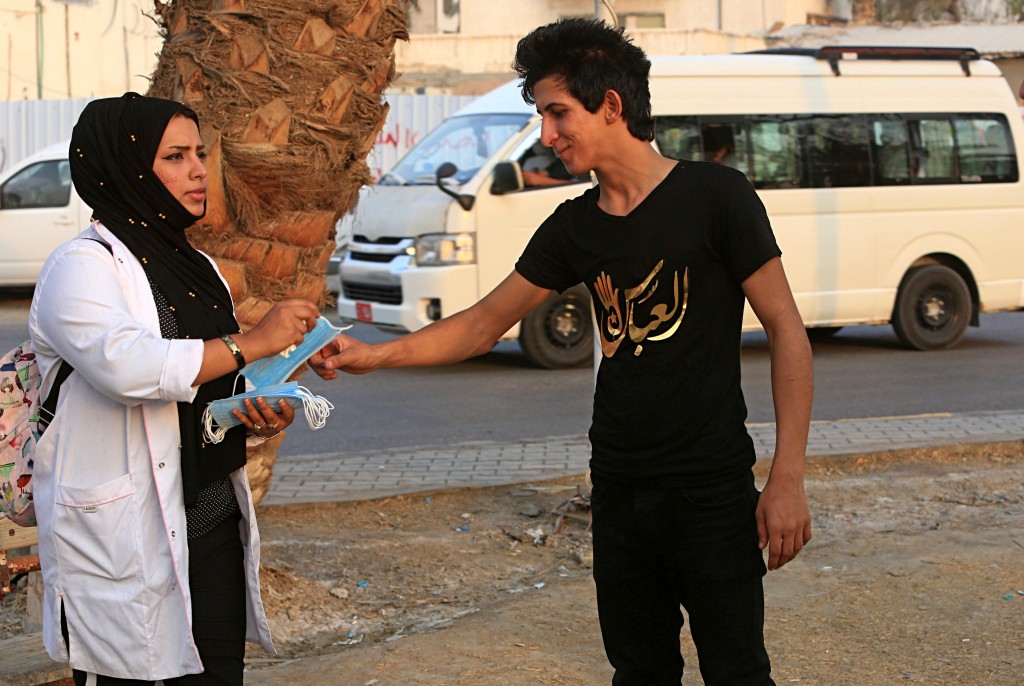 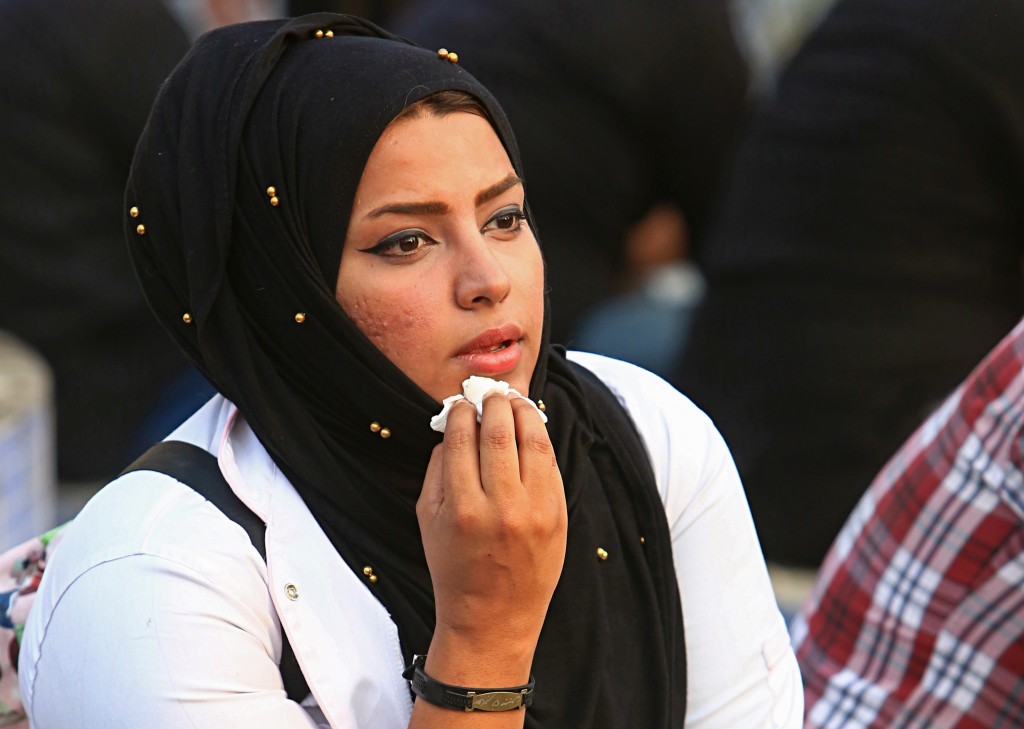 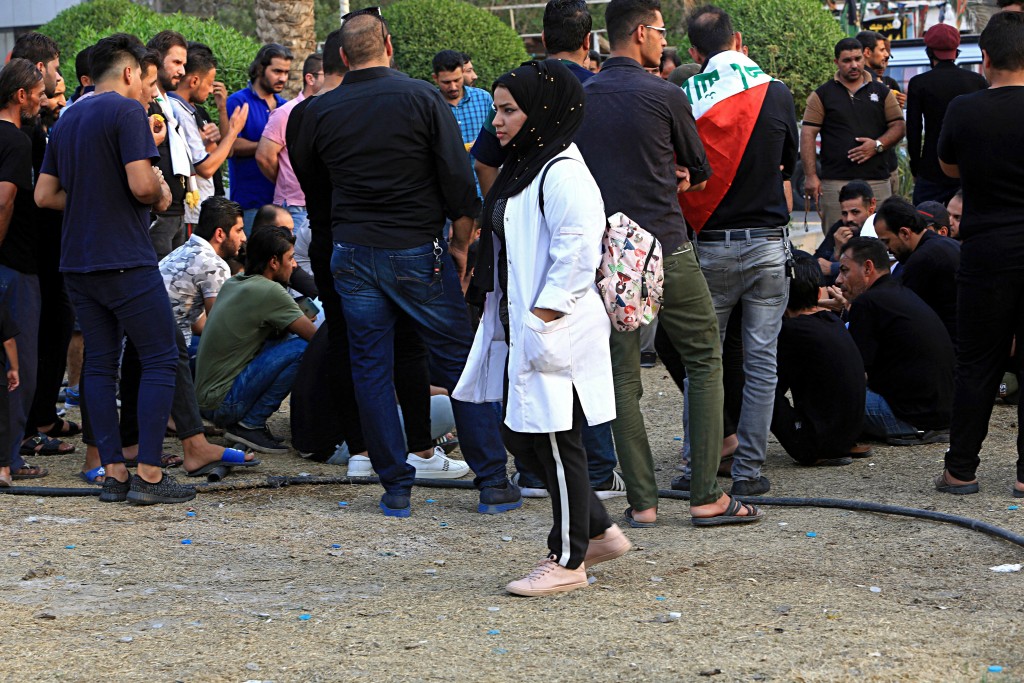 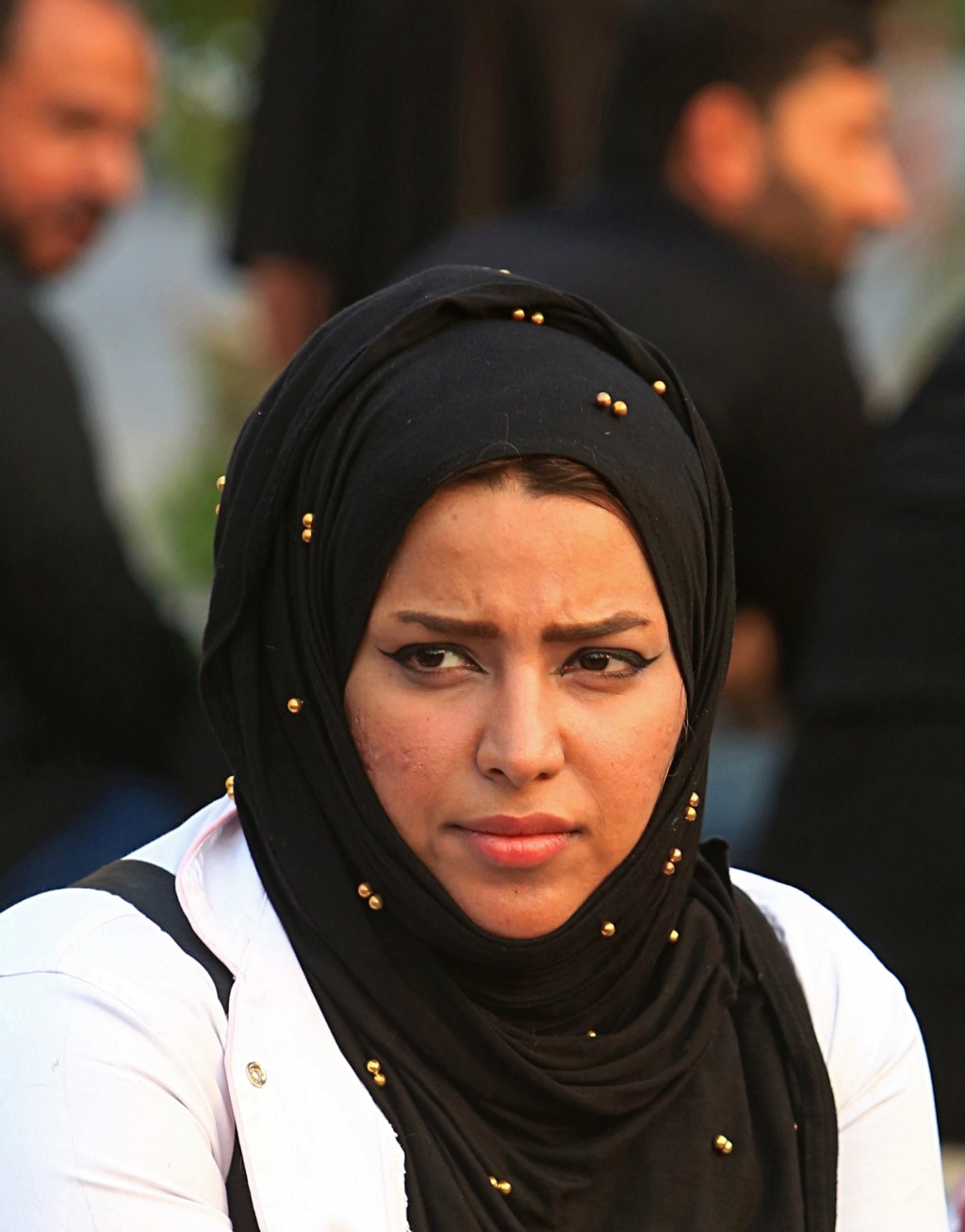 BASRA, Iraq (AP) — Hajar Youssif was on her daily commute to work, staring at her phone and flicking through her Instagram account when she looked up to find herself in an unusual location. The taxi driver had turned into an alley.

When she questioned the driver, he sped up.

"I started to feel uneasy and knew that something bad was going to happen," said the 24-year-old office administrator, who had taken part in protests over lack of clean water, frequent power cuts and soaring unemployment in her hometown of Basra, Iraq's oil capital and main port.

She yelled and tried to open the door, but the driver had locked it. The taxi swerved into a courtyard where three masked men were waiting.

"They immediately told me, 'We'll teach you a lesson. Let it be a warning to other protesters'," Youssif said in an interview several days after the incident.

The men slapped and beat her and pulled off her Islamic headscarf, she said. "At the end, they grabbed me by my hair and warned me not to take part in the protests before blindfolding me and dumping me on the streets," she said, her cheeks still bruised.

Youssif believes the attack was part of what she and other activists describe as a campaign of intimidation and arbitrary detentions by powerful Iranian-backed Shiite militias and political groups that control Basra, a city of more than 2 million people in southern Iraq's Shiite Muslim heartland.

Angry Basra residents have repeatedly taken to the streets in recent weeks to protest failing government services, including water contamination that sent thousands to hospitals.

Earlier this month, protests turned violent when demonstrators attacked and torched government offices, the headquarters of the Iranian-backed militias and Iran's consulate in Basra — in a show of anger over what many residents perceive as Iran's outsized control over local affairs.

The events in Basra reflect the growing influence of the militias, which played a major role in retaking Iraqi territory from Islamic State militants, who are Sunni Muslims.

Shortly after IS militants captured much of northern and western Iraq in 2014, tens of thousands of Shiite men answered a call-to-arms by the top Shiite cleric, Grand Ayatollah Ali al-Sistani.

Many volunteers were members of Iran-backed militias active since the 2003 U.S.-led invasion that toppled Saddam Hussein, while others formed new groups. These fighters are credited with helping government forces defeat the extremists. But during the war, the militiamen were also accused by Sunnis and rights groups of abuses against the Sunni community, including killings, torture and destruction of homes.

Buoyed by victory against IS, some of the most feared Shiite militias took part in the May national elections and their list — Fatah — won 48 seats in the 329-seat parliament.

Fatah and other factions formed a wider Iran-backed coalition in parliament earlier this month and will likely be tasked with forming the new government.

In Basra, some alleged the militias were working with local authorities to quell the protests — a charge denied by Bassem al-Khafaji, head of Sayyed al-Shuhada, one of several Basra militias.

He said threats and intimidation of protesters were "individual acts," but not the result of a central directive.

"Our order for all the factions in Basra ... is not to confront the protesters who burned down the offices of the militias," al-Khafaji said, arguing that the militias are trying to prevent more bloodshed.

He accused infiltrators of turning the protests violent and said the alleged saboteurs must be dealt with by the security agencies.

Some militia leaders in Basra accused protesters of colluding with the U.S., which has long worked to curb Iranian influence in Iraq.

A local leader of a prominent militia vowed to retaliate.

"We have pictures of those who burned down our headquarters and they will pay dearly," he said on condition of anonymity in line with his group's rules for speaking to the media. "We will not let them attack us again and if they do we'll open fire. That's what we've agreed on, all of us."

The government has said protesters' demands are legitimate, but claims infiltrators were behind the violence.

A senior official in the Interior Ministry's intelligence service said dozens have been arrested since the protests began. He acknowledged that others may be held by political parties and their militias, but said his office has no way of tracking that. He spoke on condition of anonymity because he was not authorized to speak to the media.

Activist Naqeeb al-Luaibi said he has been able to track only 30 protesters detained by the security agencies. Of those, 19 were discharged and 11 remain under arrest. Al-Luaibi said he believes dozens of others are still being held but said it was difficult to track them.

Mahdi Salah Hassan, 26, said he was arrested by security forces from a protest tent in early August. He said he was handcuffed, blindfolded and initially held in a room with 33 other protesters.

During three days of violent interrogation, Hassan said he was slapped on the face, hit with a cable on his feet and back and hung by the arms from the ceiling.

Hassan said he was then transferred to two other lockups, each holding several dozen protesters. When they released him after six days, they told him "Don't take part in protests or you won't see the sun," he said. Still, he said he'll continue to protest.

Two other activists, Ahmed al-Wihaili and Sara Talib, both 23, said they were threatened.

Al-Wihaili said an anonymous caller warned him that "you only cost us the price of a bullet."

Talib said she came home one day to find her door open and her belongings strewn across the floor. During one protest, someone approached her and told her to go home because she was putting her life in danger.

Youssif, who wore white scrubs during the protests as a volunteer medic, said the beating left her shaken and that threats continue, but she won't be deterred.

"I'm taking to the streets for the sake of my town Basra, to get public services and to get rid of those militias and political parties," she said. "I'm not afraid of them. These militias will not deter me from going out until we change our life."