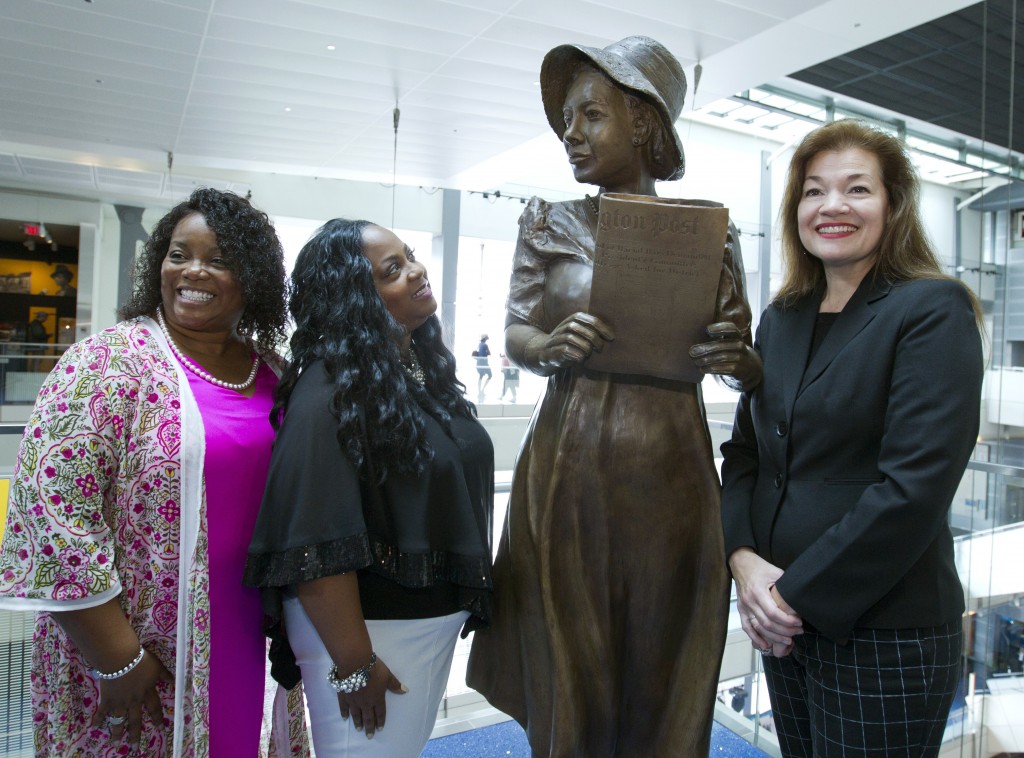 WASHINGTON (AP) — The first black woman to be credentialed to cover the White House is getting a statue in the Newseum.

Dunnigan, as Washington bureau chief for the Associated Negro Press, would go to cover Presidents Eisenhower and Kennedy before taking a job with in the Kennedy and then President Lyndon Johnson's administration. She died in 1983.

The life sized bronze statue of Dunnigan created by Kentucky sculptor Amanda Matthews will be unveiled on Friday.

It will sit in the Newseum until December 16, when it will be moved to her home state of Kentucky.