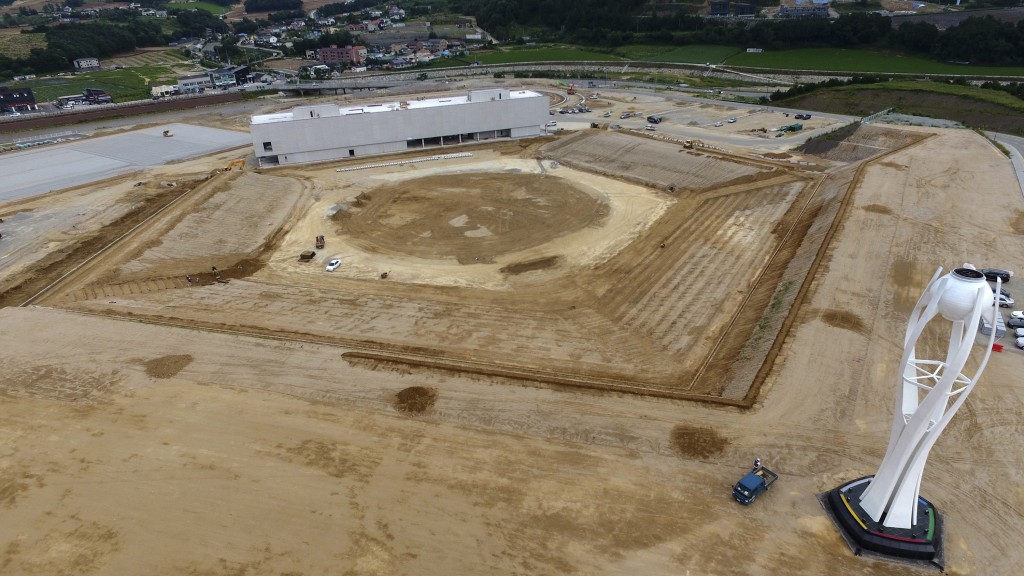 SEOUL, South Korea (AP) — The Pyeongchang Winter Olympics closed seven months ago. Left behind are empty venues, feuding over who pays for upkeep, and an icy ski course that's now an abandoned dirt runway, strewn with rocks and unused gondolas.

Rare trees once stood before the course was gouged out of a mountainside, and plans called for replanting the piste and restoring the forest.

Other venues sit mostly deserted: a speed-skating arena, a hockey center, a bobsled track and a ski-jump. Meanwhile, host Gangwon province has failed to persuade the national government to pay for maintenance, which would save the province $5.3 million annually.

The eventual solution may be simple: raze the costly venues. The possibility surfaces as four bidders try to land the 2026 Winter Games. Beijing has already been awarded the 2022 edition.

"Honestly, I can't think of any other way," said Sangho Yoon, a senior researcher at Seoul's Korea Economic Research Institute. "Whether it's the national government or regional government, somebody will have to pay. The history of past host cities isn't promising. Very few of them experienced a meaningful tourism bump after the Olympics."

South Korea spent about $13 billion on preparing for and staging the Winter Olympics. It spent about $110 million alone on the Pyeongchang Olympic stadium, a temporary structure demolished after the closing ceremony on Feb. 25.

Provincial officials cling to the dream of developing a ski resort to drive the economy in one of South Korea's poorest regions, reluctant to let Pyeongchang's legacy be defined by demolished venues.

The Pyeongchang Olympics were generally viewed as a success, though some venues lacked fans and atmosphere, and a doping scandal kept away many Russian athletes.

South Korea's central government has agreed to a six-month study by the Korea Development Institute before deciding on next steps. The result may simply delay the inevitable, since the institute is run by South Korea's finance ministry.

Gangwon Governor Choi Moon-soon has floated the idea of co-hosting the 2021 Asian Winter Games with North Korea, which he says would mean keeping the facilities intact. But it's unclear whether North Korea is a feasible host.

"If Gangwon insists on keeping the venues, it's much better to build plans around the 2022 Winter Olympics in Beijing, presenting the region as a training ground for Olympic athletes before they head into China," said Yoon, the researcher. "You know that the Olympics will be held in Beijing, but you don't know what will happen with North Korea."

The IOC, however, has encouraged previous Olympic organizers to construct expensive arenas that are abandoned when the games end.

"We've never been shy to raise concerns about the legacy of some of the venues (in Pyeongchang) that we read about right now," Christophe Dubi, executive director of the Olympics Games, told The Associated Press.

Dubi said "on the positive side" that the Pyeongchang Olympics "would generate a profit."

A more accurate word is "surplus," and any surplus refers to the operating budget for running the games themselves, and not to the other spending typically needed to build venues, ready roads and transportation, and then maintain empty venues.

This also overlooks so-called "opportunity costs" — what might have resulted if the billions spent on the Olympics were used for something else.

In October, the IOC will select all — or some — to go forward with formal bids by February. The IOC will pick the winner in September next year.

Erzurum in eastern Turkey is the outlier, presenting new security challenges and veering from the IOC's desire to return to a "traditional" winter sports area after games in Sochi, Russia, and Pyeongchang.

The other three have pluses — and minuses.

"I can tell you for '26, we are ruthless on this: Don't even consider building a venue if there is not a 50-year legacy plan," Dubi said.

Stockholm has never held the Winter Olympics and would seem ideal, but the bid lacks clear government support. However, it will not require a public referendum to go forward.

Calgary, Winter Olympics host in 1988, will hold a non-binding referendum on Nov. 13. Referendums have killed a half-dozen Olympic bids in the last several years.

Turin, the host of the 2006 Winter Olympics, withdrew this week from a three-pronged Italian plan, leaving Milan and Cortina to salvage the bid.

Italy has struggled with recent Olympics bids. Rome withdrew from bids for the 2020 and 2024 Summer Olympics for political and financial reasons.

"The candidacy needs to be saved," representatives of the two Italian regions said in a joint statement.