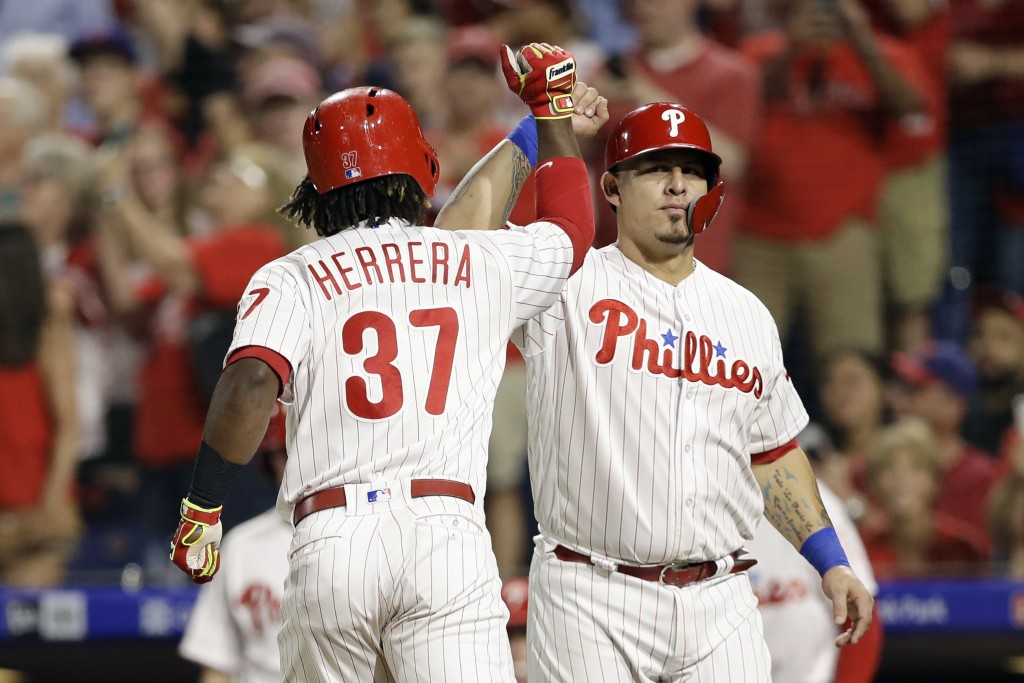 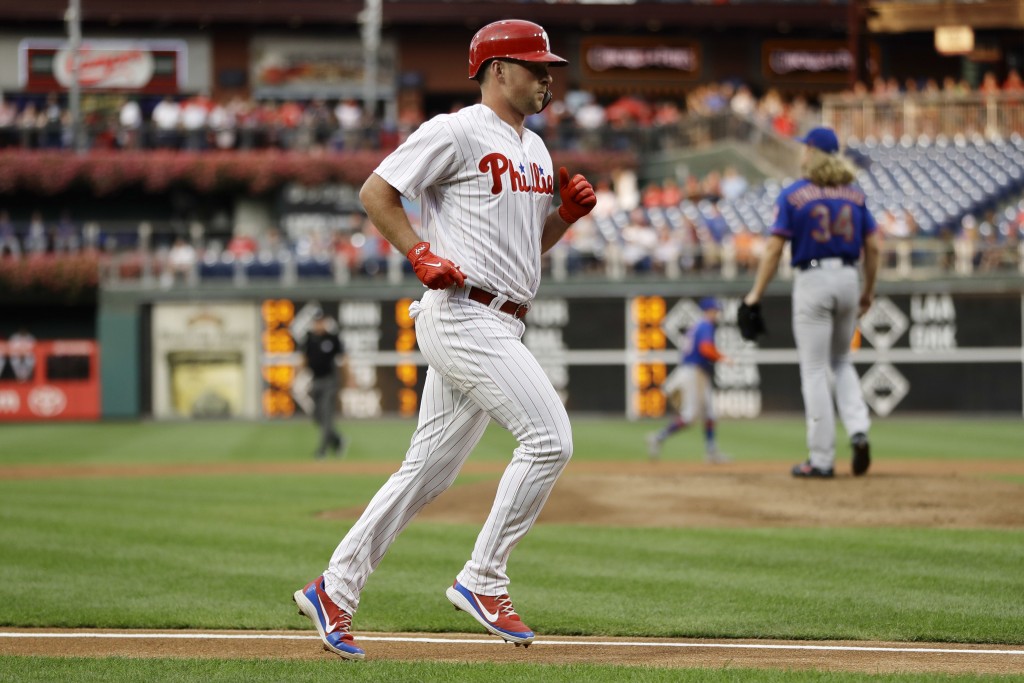 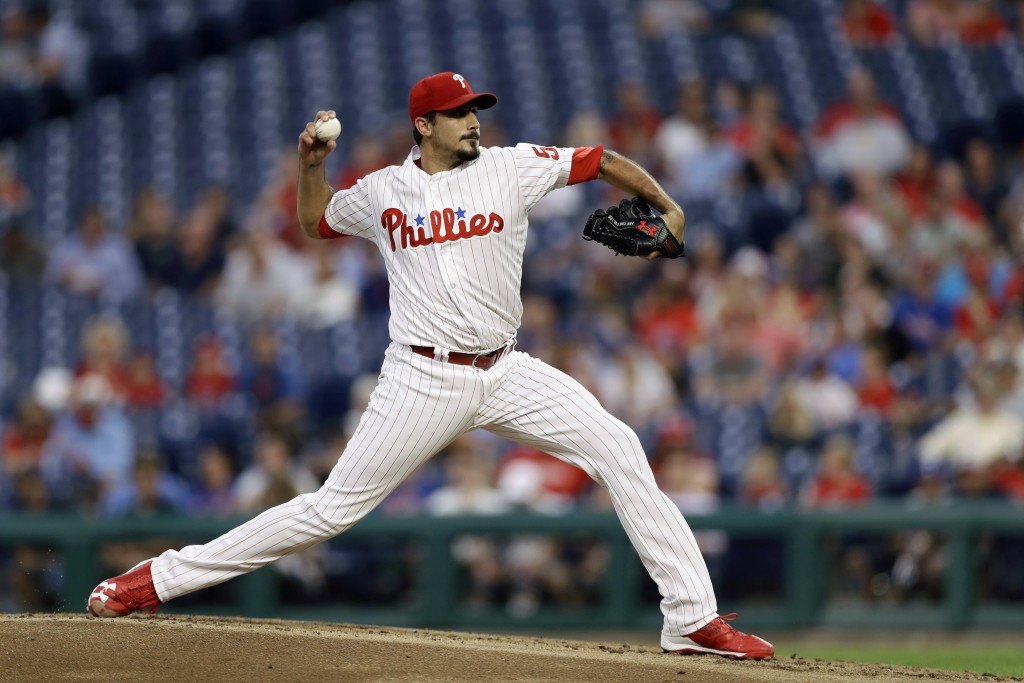 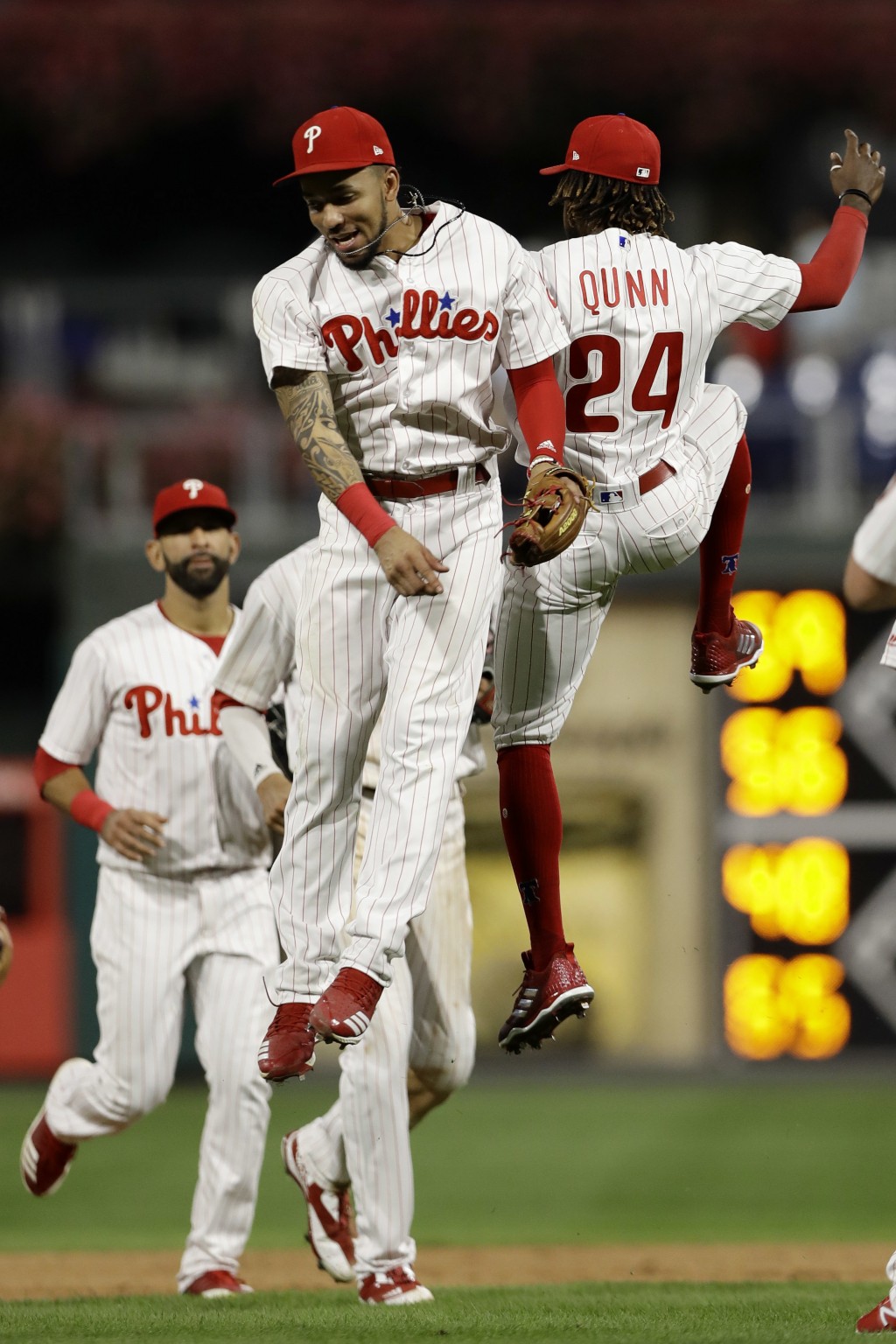 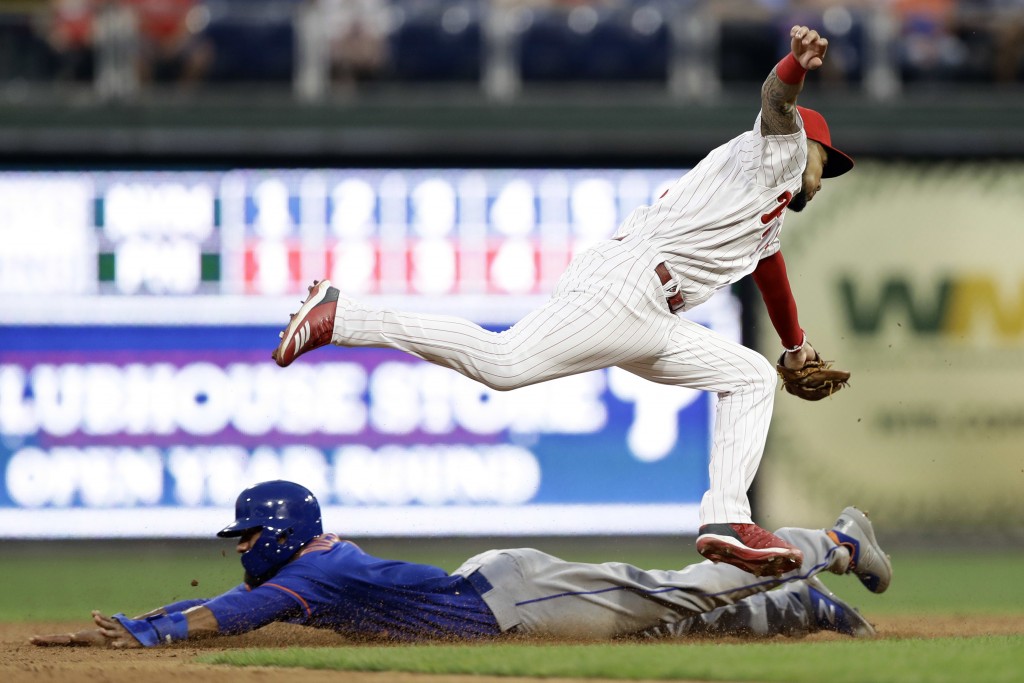 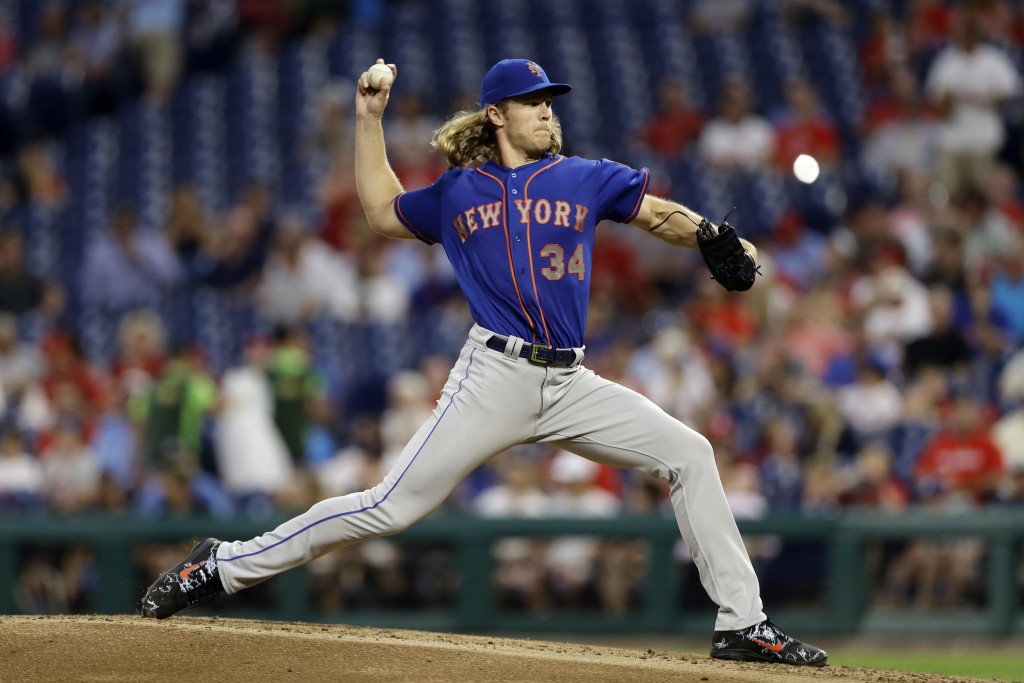 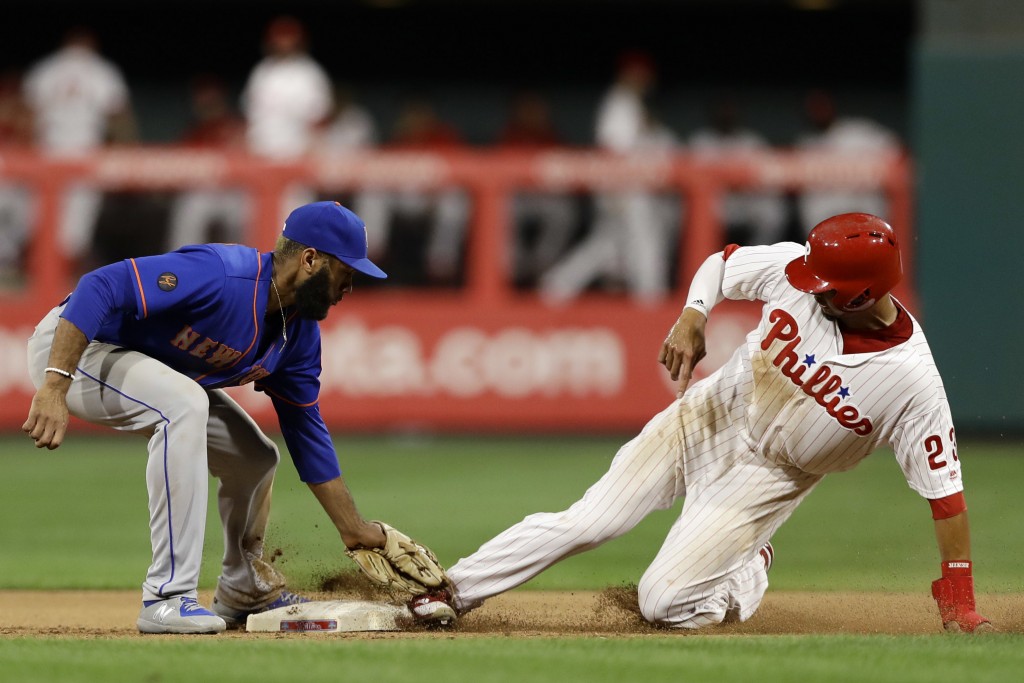 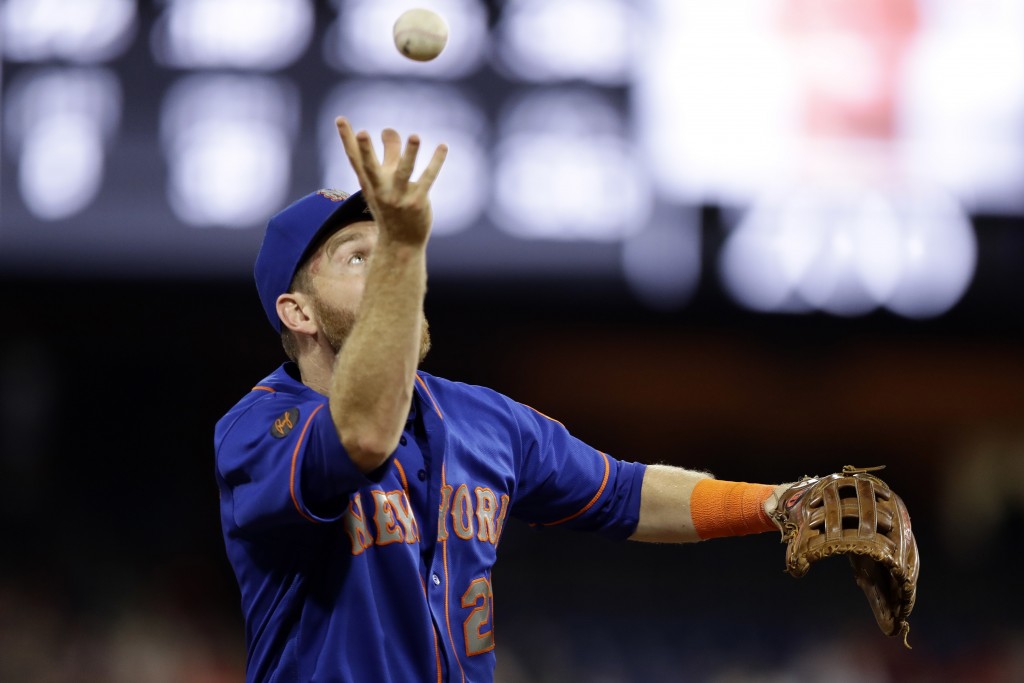 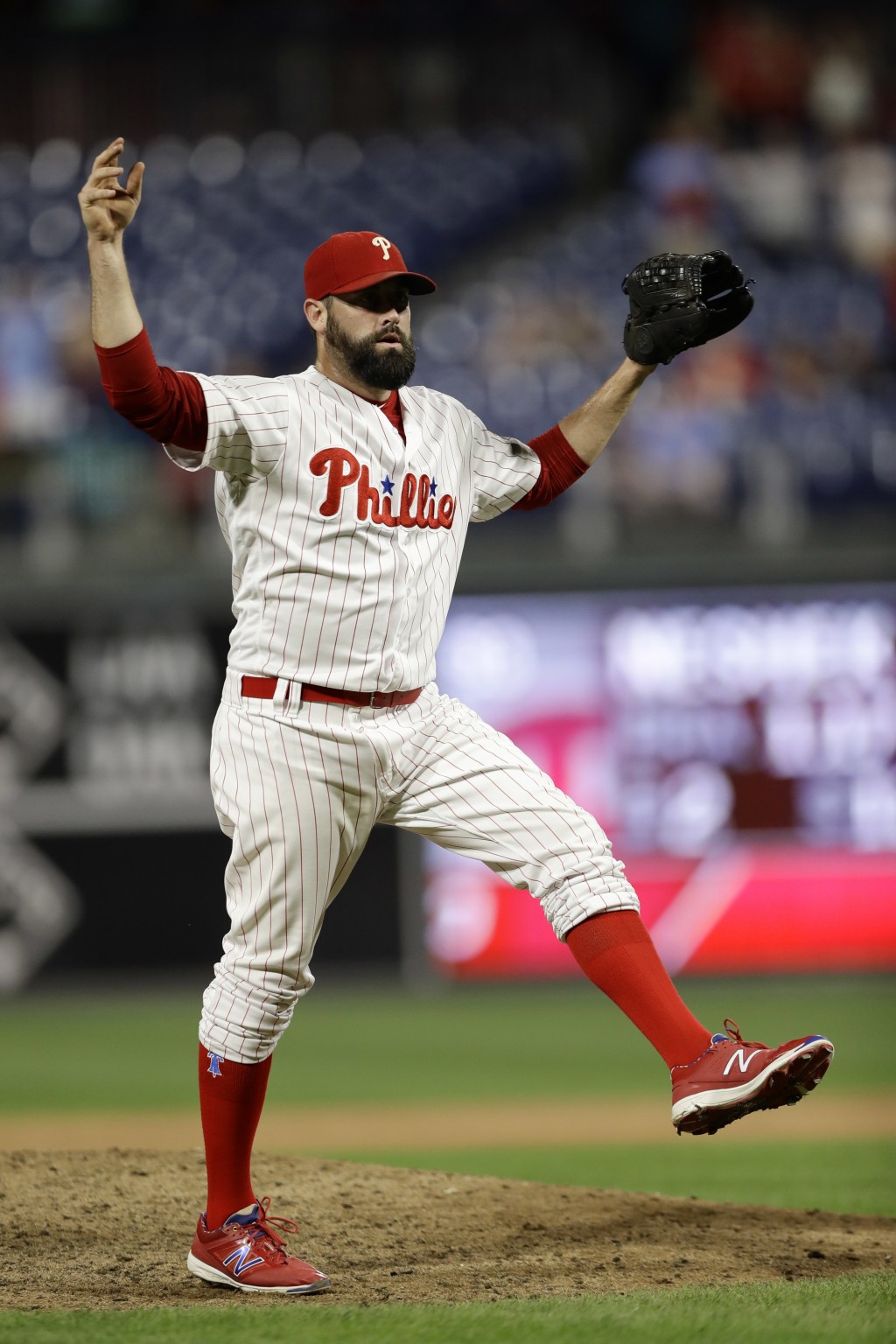 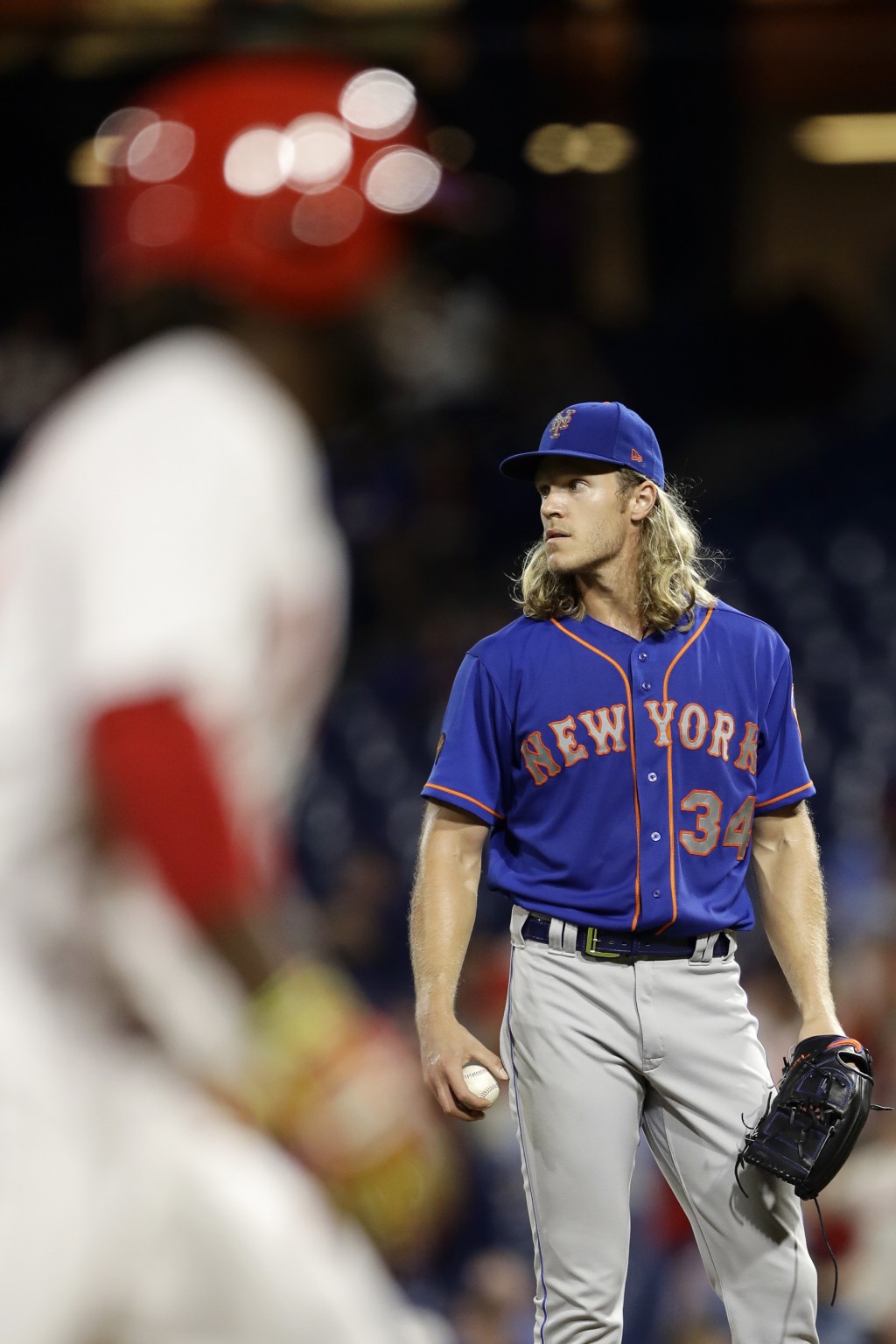 PHILADELPHIA (AP) — Rhys Hoskins became the seventh-fastest player to hit 50 career home runs and the Philadelphia Phillies kept pace in the NL East race with a 4-0 victory over the New York Mets on Wednesday night.

Zach Eflin and five relievers combined on a six-hitter and Odubel Herrera added two-run homer for the Phillies, who won consecutive series for the first time since July 25 and stayed 5½ games behind division-leading Atlanta.

Seven of Philadelphia's final 11 games are against the Braves, including a four-game series beginning Thursday night in Atlanta.

The 25-year-old Hoskins later added his 35th double, and Jose Bautista had a pinch-hit RBI double in the fifth off Jerry Blevins.

Aaron Loup allowed a leadoff single to Jay Bruce in the ninth before Pat Neshek got the final three outs in Philadelphia's 11th shutout. New York (70-82) was blanked for the 12th time and assured a second consecutive losing season.

Syndergaard (12-4) gave up both homers and four hits in four innings, matching his shortest outing of the year on April 4 — also against Philadelphia. The right-hander posted a 5.75 ERA in four starts against the Phillies this year.

After a monthlong swoon that knocked the Phillies out of first place, they've won four of six and manager Gabe Kapler wants his team thinking playoffs.

Players entering the clubhouse were greeted with a message in both English and Spanish that read, "This is not over. It's going to take hard work, heart and pride. Together we can do this."

Before early batting practice was over, Atlanta had finished off a 7-3 victory against St. Louis that snapped a four-game skid and reduced its magic number to six to clinch the NL East.

But the Phillies answered ahead of their biggest series of the season.

Mets: INF Wilmer Flores, experiencing pain in both knees, was sent back to New York and scheduled to undergo tests Thursday. . Bruce made his 11th start at first base and first in five games.

"I made some adjustments and was able to sort of take off," Wheeler said. "Hopefully, I can carry that into next season."

Hoskins confirmed an NBC Sports Philadelphia report that he's signed with star agent Scott Boras. Hoskins won't be eligible for free agency until after the 2023 season.