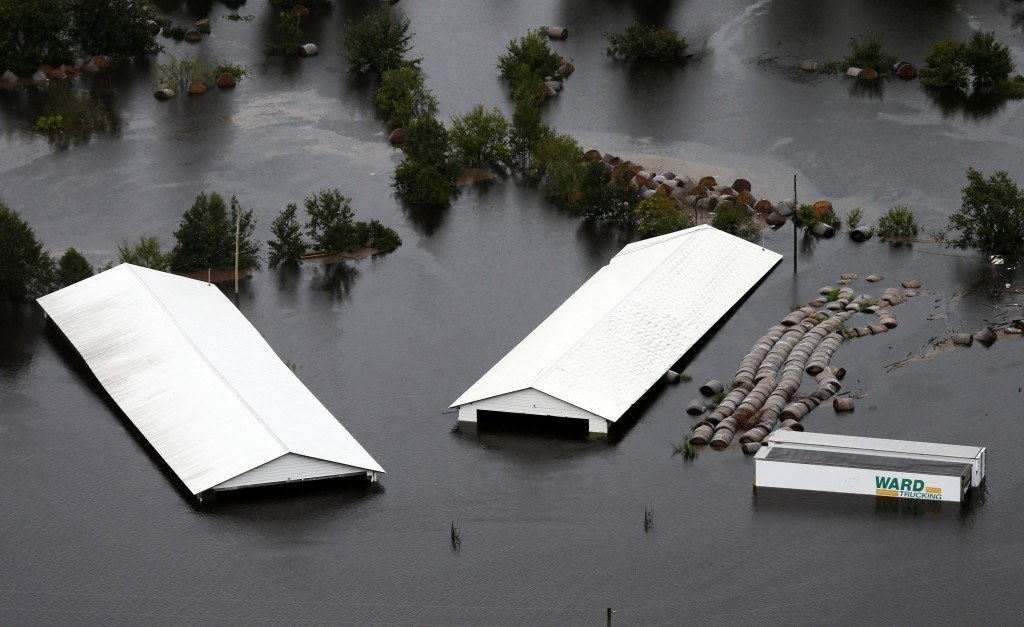 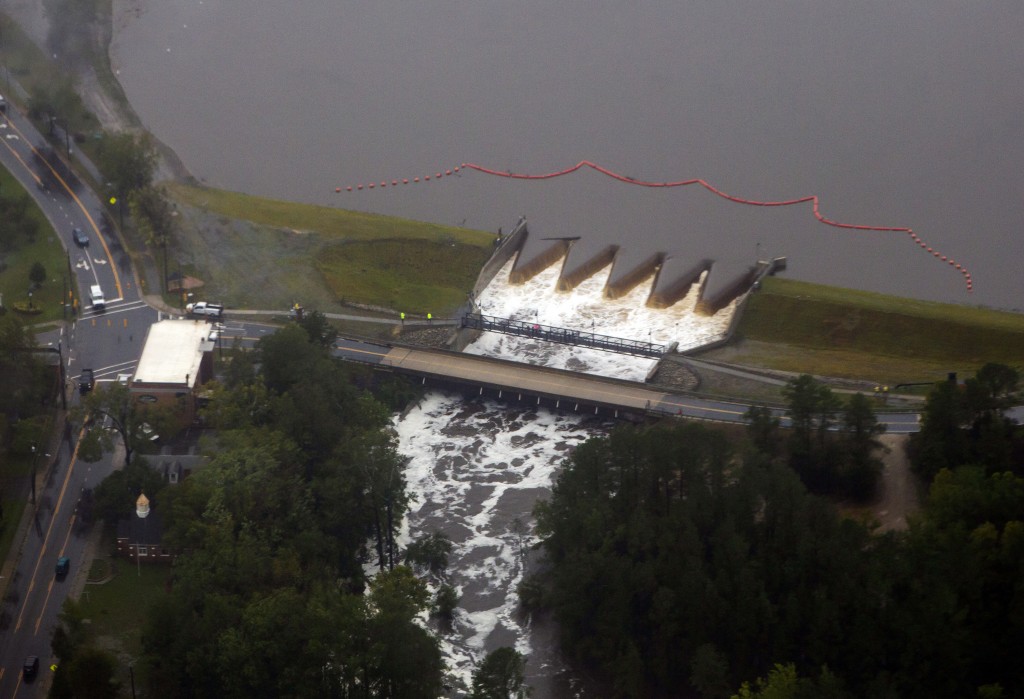 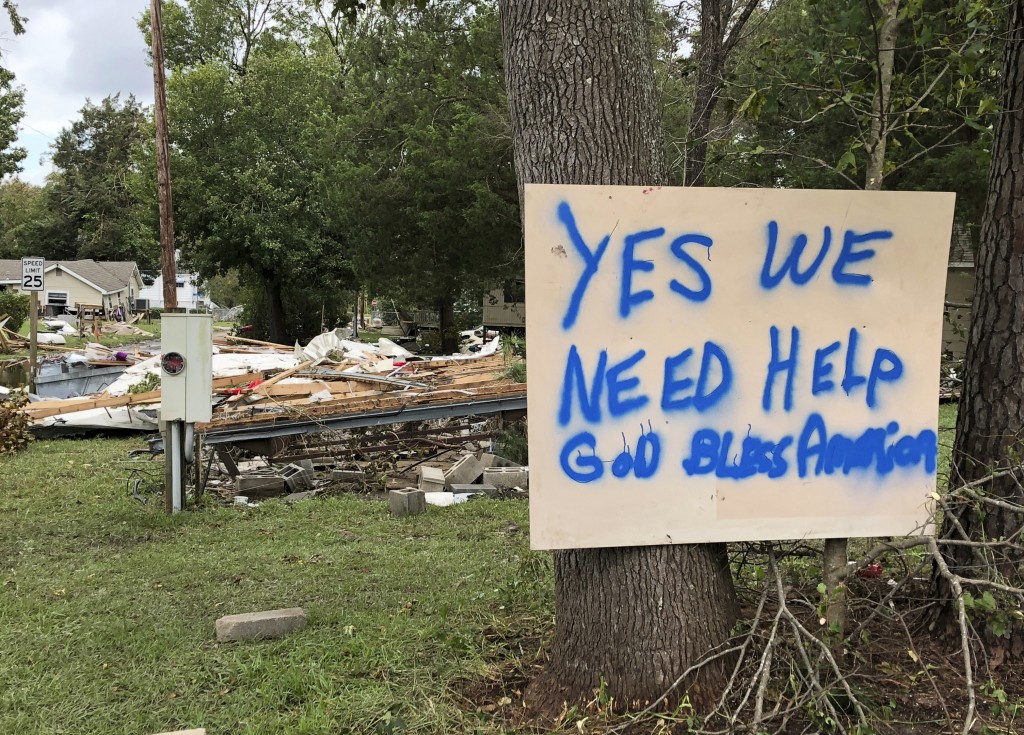 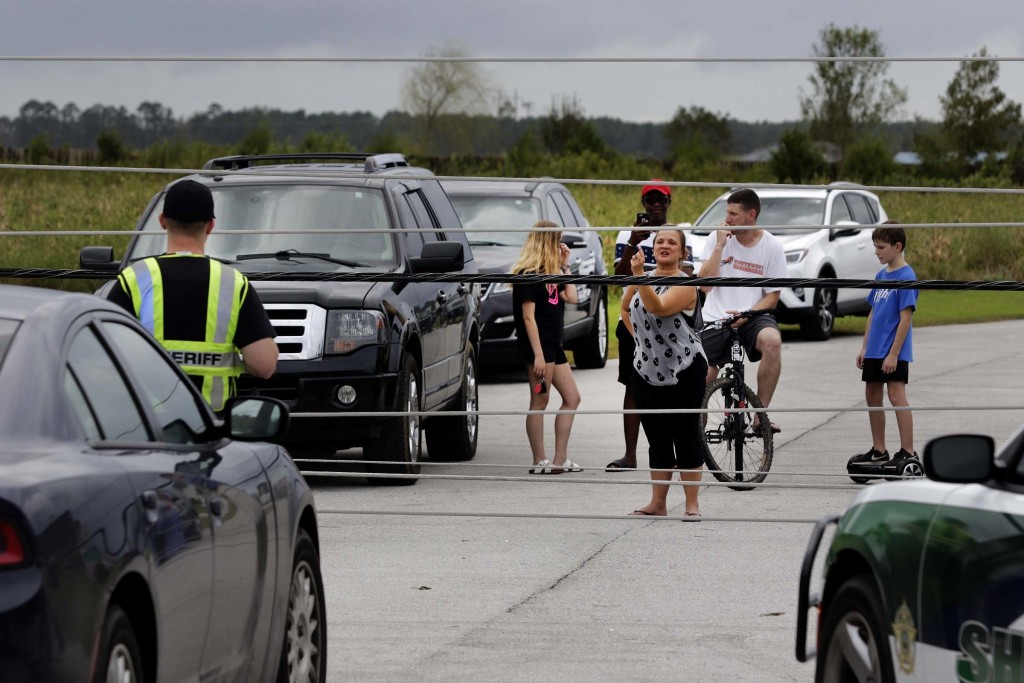 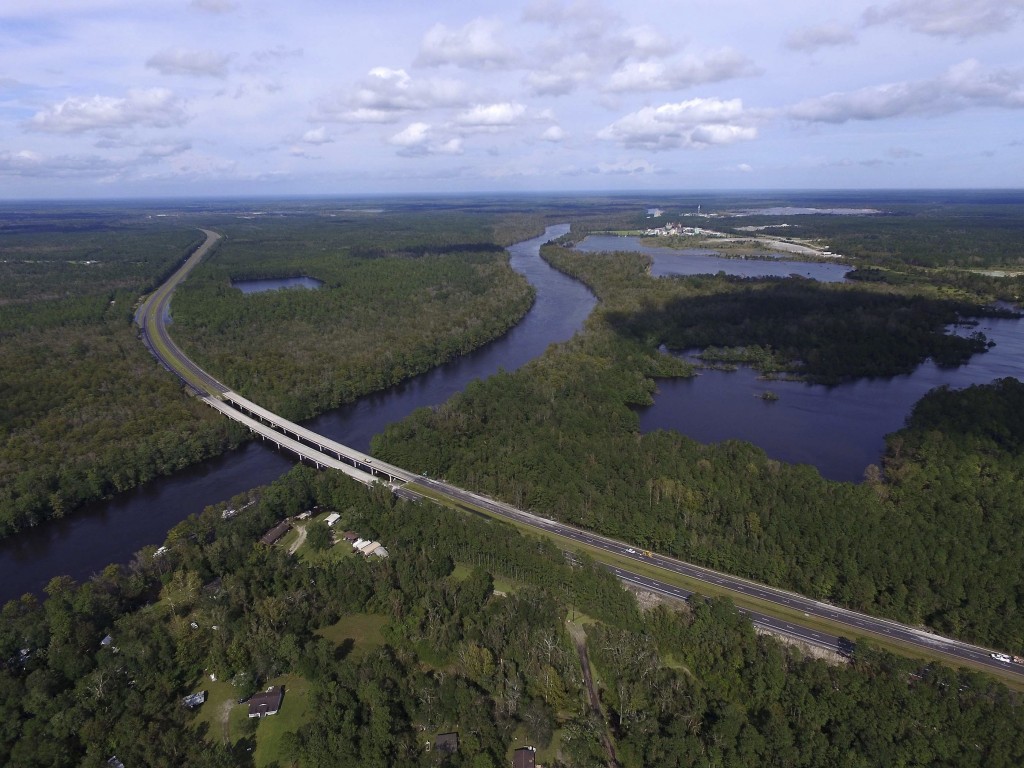 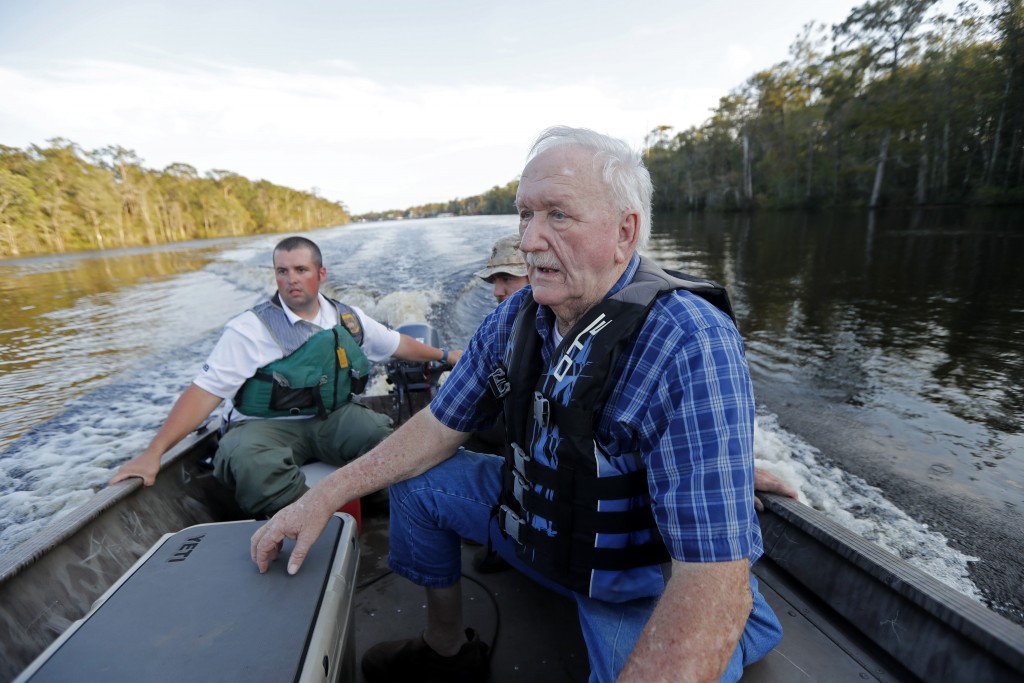 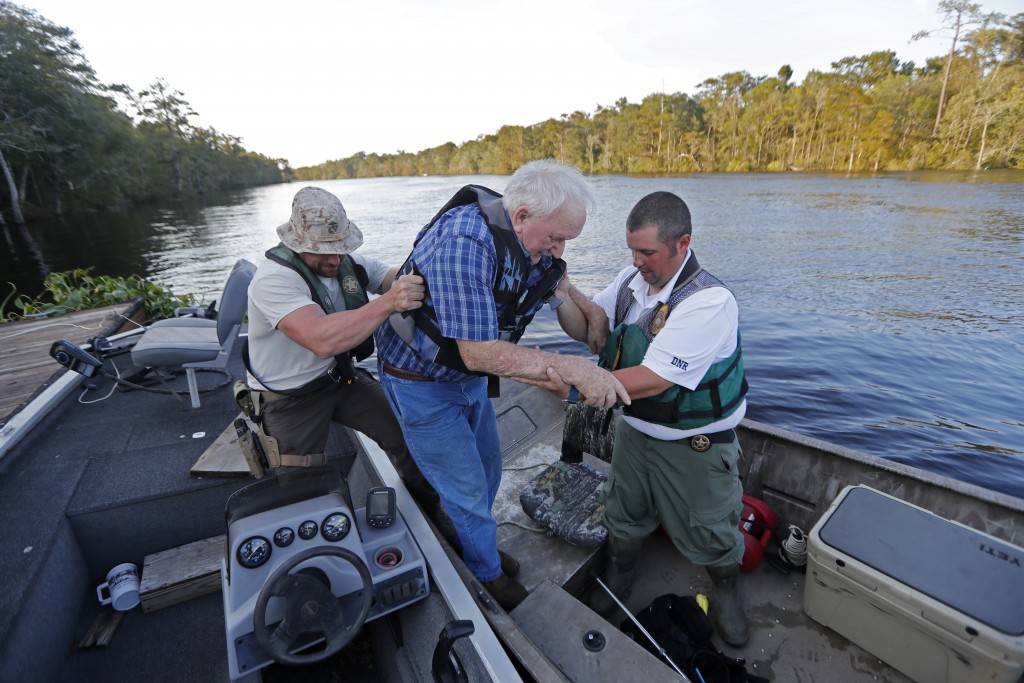 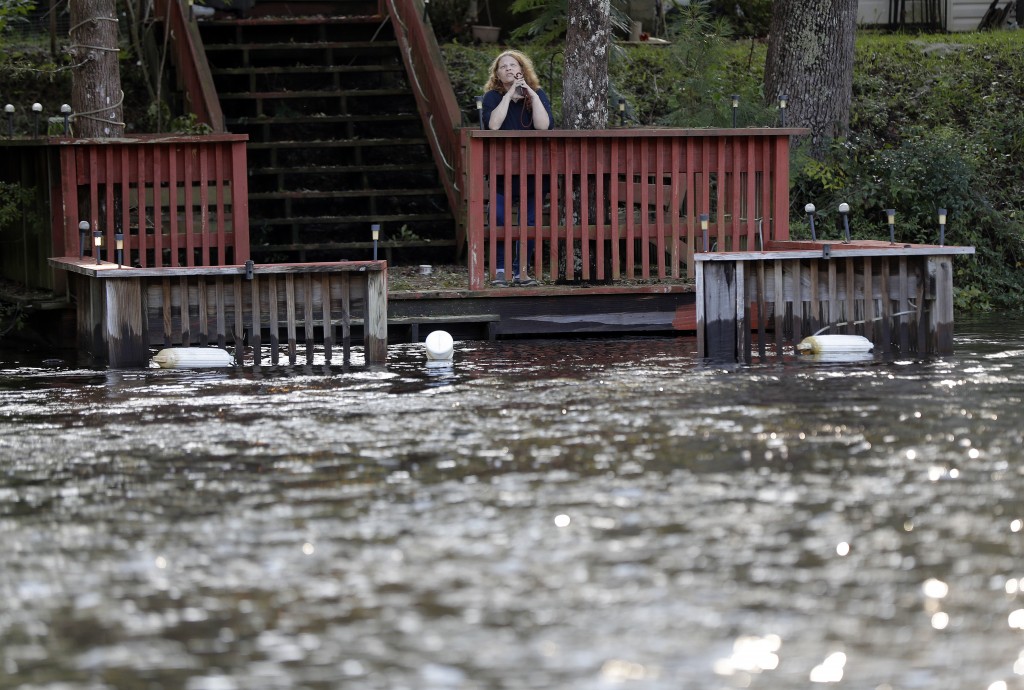 MIAMI (AP) — Like hurricanes Harvey and Katrina before it, Florence will be remembered for unleashing a staggering amount of water over a vast area. The flooding unfolded just as forecasters expected, but many residents in the Carolinas still seemed caught off guard as they were plucked off a vehicle's roof or pulled by boat from their flooded homes. Whether they were just stubborn, short of resources to leave or believed they had already seen worse devastation, all will be haunted by what the water has swept away.

—Storm deaths: Florence is being blamed for at least 20 deaths in the Carolinas, and Typhoon Mangkhut has killed at least 69 people in the Philippines and China.

—High water: The Cape Fear River is set to crest at 62 feet (19 meters) on Tuesday

—Damage estimates: $17 billion to $22 billion in lost economic output and property damage, according to economists at Moody's Analytics

—Evacuations: Tens of thousands ordered out of communities along North Carolina's steadily rising rivers, while over 2.4 million people in southern China's Guangdong province were warned to escape Mangkhut

—To the rescue: Over 1,000 search-and-rescue personnel with 36 helicopters and over 200 boats were working in North Carolina, and the Defense Department assigned 13,500 military personnel to help relief efforts

—City underwater: 4,300 homes in New Bern, North Carolina, inundated by flooding, or one-third of the entire number of homes in the city

—Grounded: about 200 U.S. flights canceled Monday, down sharply from the 3,500 canceled from Wednesday through Sunday

IMAGES FROM THE GROUND

Images captured by Associated Press journalists show flooding caused by Florence in the Carolinas and Typhoon Mangkhut in the Philippines .

Officials in the Carolinas are worried about what deaths are still to come amid the swelling rivers and flooding from Florence's crawl across both states. So far, several people have died after being swept up in the stormwaters , and falling trees have killed two small children.

Experts say people likely got complacent about Florence because a scale that only categorizes hurricanes by wind strength. Water is responsible for the vast majority of deaths in hurricanes and tropical storms, but that hazard isn't included in the system that forecasters used when they described the storm as a "Category 1 hurricane" at landfall.

Relying just on a smartphone to steer out of a disaster zone is not a smart idea. After some navigation apps or in-car map directions sent people in North Carolina onto roads that got flooded or blocked by debris, Google-owned Waze said it was working with local governments and its own community of volunteer map editors to mark closures of more than 1,300 roads in North Carolina and hundreds more in South Carolina and Virginia.

For the latest on Hurricane Florence, visit https://www.apnews.com/tag/Hurricanes