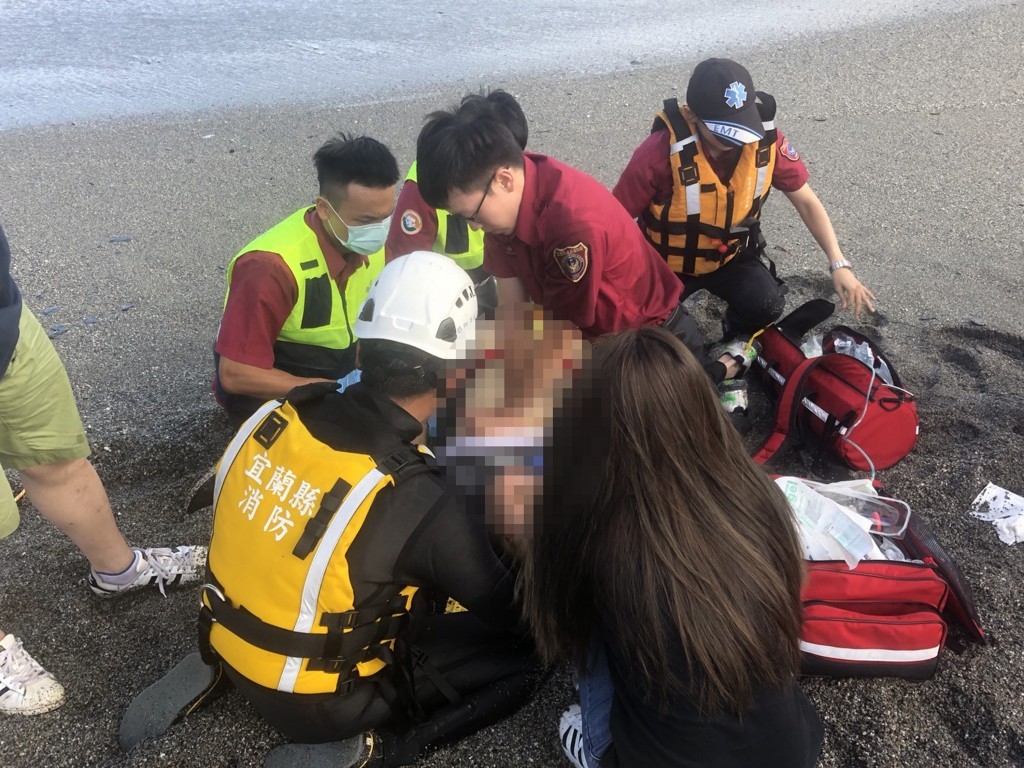 TAIPEI (Taiwan News)—The funeral of Yilan County resident Wu Dong-hua (吳東樺), who died from rescuing a little girl on a Yilan beach on Sep 2, took placed on Sep 17 (Monday), but three days before the funeral his girlfriend Chu Ruo-ying (朱若穎) was found dead in an apparent suicide, leaving a suicide note that suggests she wanted to leave the world earlier because she couldn’t bear the loss of her boyfriend.

Wu, who was with his girlfriend at the time of the incident, died from trying to rescue an eight-year-old girl surnamed Hung, who was with her family when she was playing on Neipi Beach in Nanfangao on Sep 2. When Wu saw the girl, who was a total stranger to him, being washed out to sea, he jumped into the sea immediately in an effort to save her. A few moments later, the girl was washed ashore and was conscious, but Wu was drown and later died in the hospital.

Wu’s girlfriend, 21, who witnessed the drowning incident, posted several messages on her Facebook to express how much she had missed her boyfriend since he died. However, she committed suicide in her rented room in Dongshan Township by burning charcoal to suffocate herself on Sep 13 or Sep 14, leaving a farewell letter to her mother that says she was happy to be her daughter but she couldn’t endure the life any longer because she felt hurt and tired every day since she lost her boyfriend.

The little girl’s parents, who have received much criticism from the public since the incident, silently appeared at Wu’s funeral on Monday. Wu’s mother told media that let bygones be bygones and urged the public not to criticize the Hung family lest it cast a shadow over the girl’s mind.