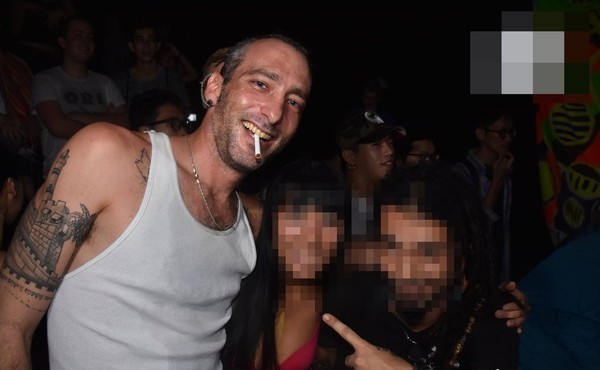 TAIPEI (Taiwan News) – The parents of murder-suspect Oren Schlomo Mayer have reportedly filed an emergency petition with the Israeli High Court of Justice asking for help from the government to block the extradition of Mayer from the Philippines back to Taiwan.

Submitted on Friday, Sept. 14 the petition alleges that the Israeli Foreign Ministry has been ignoring the case of Mayer. The family has asked the government to intervene, hoping the Philippines will extradite him to Israel rather than Taiwan, where it is possible Mayer will face the death penalty if convicted.

Mayer was captured in Cainta, Philippines on Sept. 5, where he fled following the murder of Canadian English teacher Sanjay Ryan Ramgahan, which occurred on Aug. 22.

Mayer is currently awaiting extradition in the Philippines, but his return has reportedly been delayed because of recent weather caused by Typhoon Margkhut.

The Times of Israel reports that the family's petition also asked the government to issue Mayer a passport, which the Israeli Embassy in the Philippines reportedly refused to do, after Mayer attempted to apply for one.

Mayer’s U.S. passport validity was reportedly nullified shortly after he was booked at the Philippine’s Immigration Detention Center. The court in Israel is expected to reply to the emergency petition by Sept. 20, but the family’s legal representative Nechama Tzivin has asked for a quicker reply, claiming that the government was ignoring the case and that it was a matter of life and death.

“I know for a fact the Foreign Ministry is going to extreme lengths to ignore the threat to my client’s life, and that it is out of foreign considerations,” the lawyer was quoted as saying.

Mayer’s mother also reportedly denied the allegations that her son was a murderer or that he was involved in drug trafficking. According to the Times of Israel report, the mother defended her son by claiming that he had a prescription for medical marijuana, and that he made the trip to the Philippines purely for visa purposes.

Mayer is a prime suspect in the grisly murder and dismemberment of 43-year-old Canadian English teacher Sanjay Ryan Ramgahan which occurred on Aug. 22. Another suspect, 30 year old U.S. citizen Ewart Odane Bent was arrested in Taiwan two days after the murder on Aug. 24.

The Philippines has an extradition treaty with Taiwan, which was recently enforced when Taiwan’s Criminal Investigation Bureau (CIB) arrested Filipino fugitive and former Ozamiz City Councilor Ricardo Parojinog on May 23, and sent him back to the Philippines on July 27.

There are already Taiwanese CIB officers on the ground in the Philippines handling Mayer’s case. He is likely to be returned to Taiwan sometime over the next week.