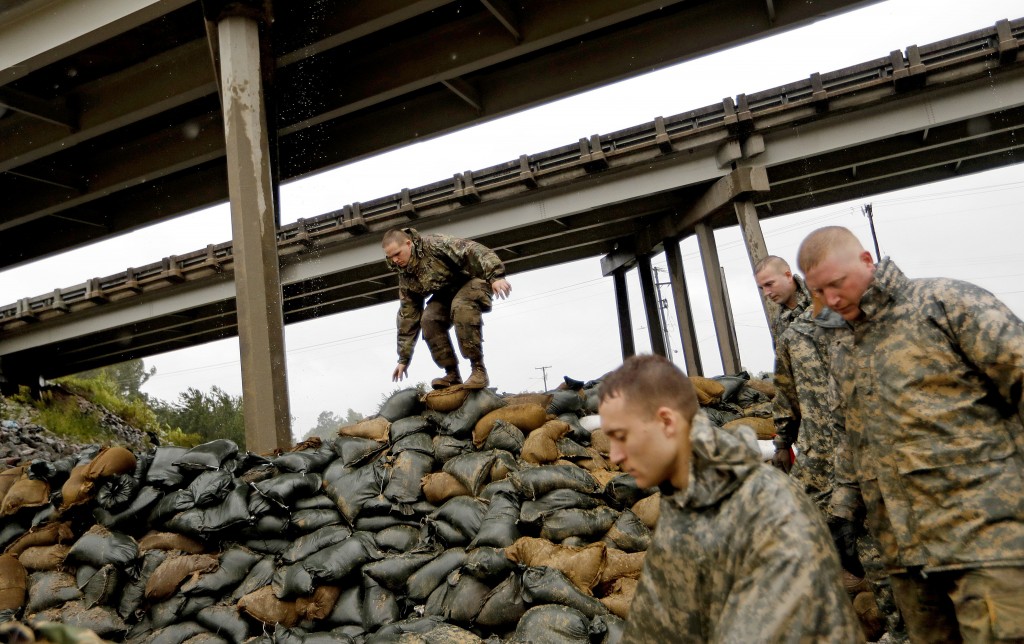 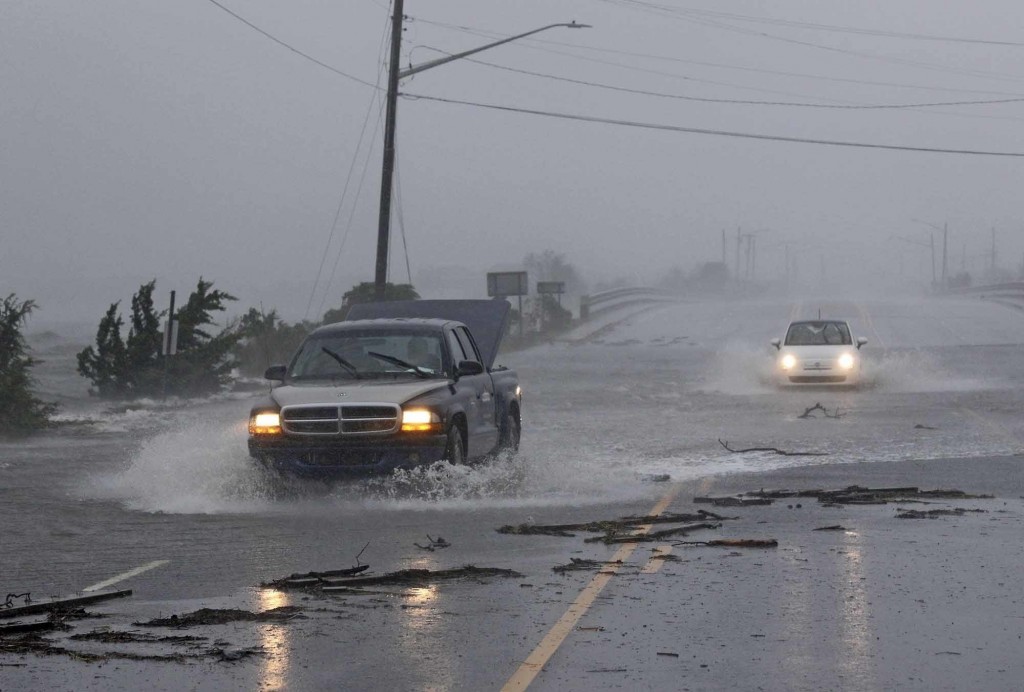 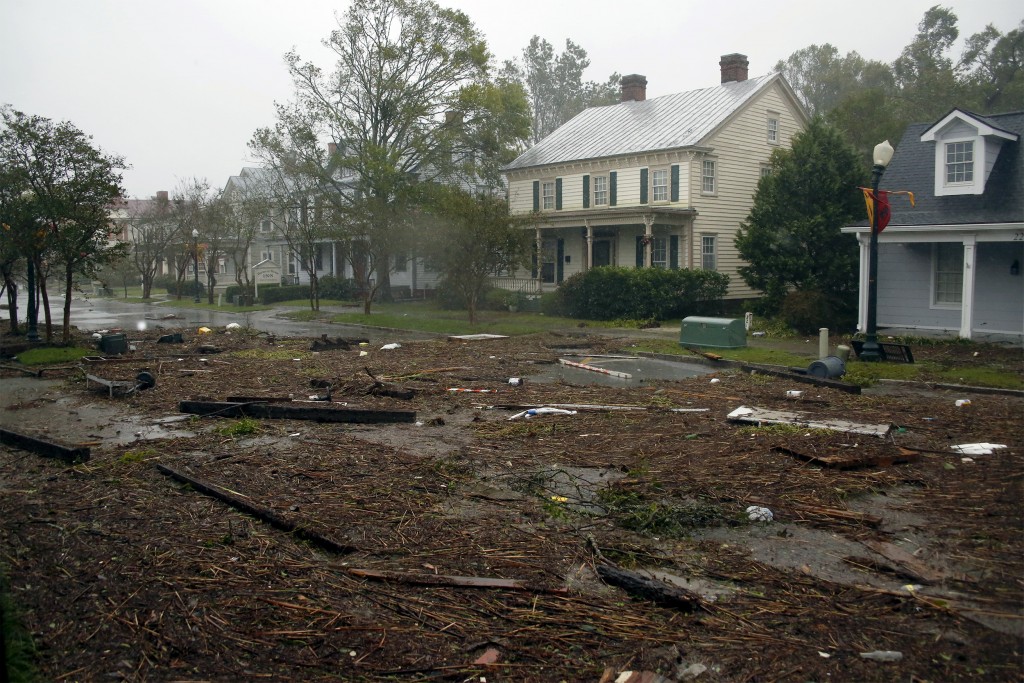 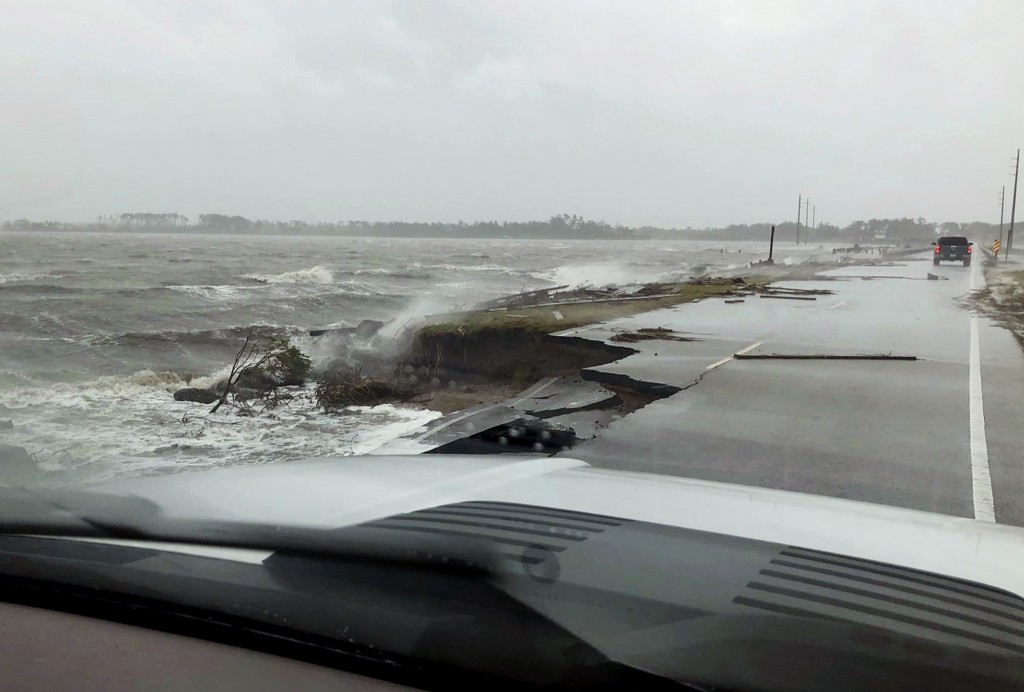 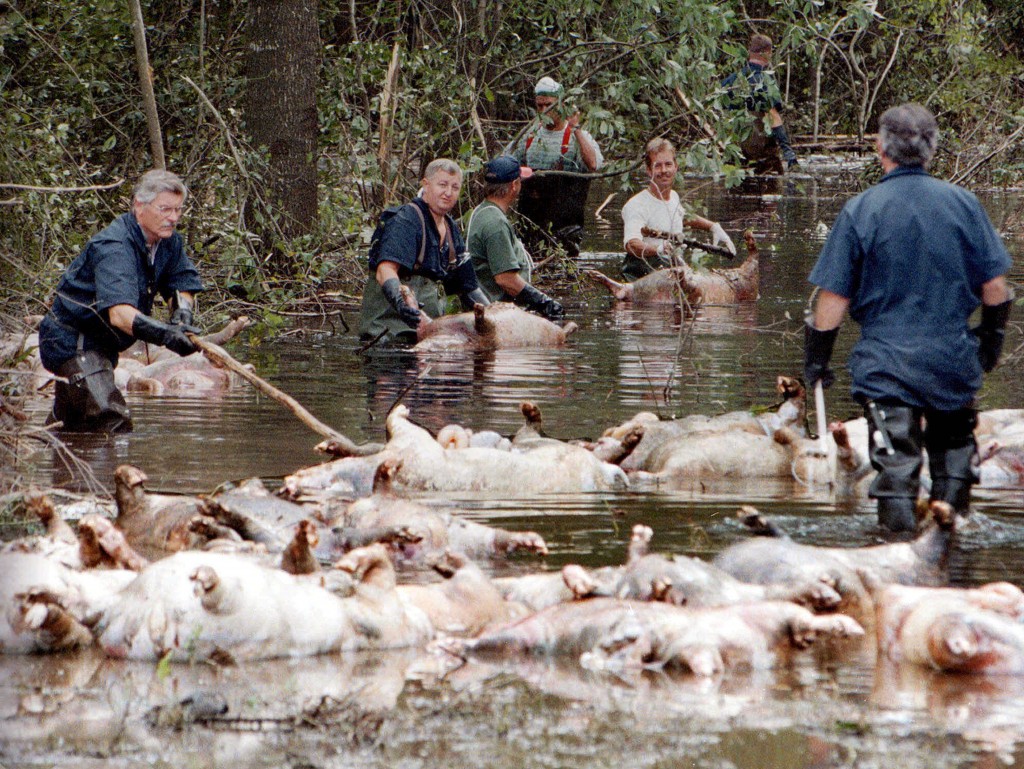 As Tropical Storm Florence spins inland, environmental regulators are monitoring more than three dozen toxic waste sites in the storm's path, as well as scores of low-lying water- and sewage-treatment plants at risk of flooding.

The Environmental Protection Agency has identified 41 Superfund sites in threatened parts of the Carolinas, Virginia and Maryland and Georgia, including polluted industrial sites, chemical plants, coastal shipyards and military bases.

EPA spokesman John Konkus said the agency is listening for any word of oil or hazardous substance spills from first responders, media reports and state and local emergency command posts. He said federal on-scene coordinators and equipment stand ready to deploy if needed.

Superfund sites are among the nation's most highly polluted places. They often contain contaminated soil and toxic waste at risk of spreading if covered by floodwaters. More than a dozen Superfund sites in the Houston metro area were flooded last year during Hurricane Harvey, with breaches of potentially harmful materials reported at two.

Though it was downgraded to a Category 1 hurricane at landfall Friday and later weakened to a tropical storm, Florence remains a massive storm that will dump trillions of gallons of rain on eastern North Carolina before sweeping across South Carolina.

No toxic spills had been reported as of Friday afternoon, but the region's rivers were not expected to crest for days. Forecasters predicted severe flooding for parts of southeastern North Carolina and northeastern South Carolina starting Sunday.

The worst natural disaster in North Carolina history was Hurricane Floyd in 1999, which dumped nearly 2 feet (60 centimeters) of rain and flooded a broad swath of the coastal plain, swamping whole towns and dozens of hog farm lagoons containing millions of gallons (liters) of untreated urine and feces.

Florence, a slow-moving system that forecasters say could release more than 3 feet (90 centimeters) of rain in places, could end up being even worse.

Environmental groups said Friday that they were worried that scores of hog lagoons will burst again or be overtopped by flooding, spilling their contents into rivers used as sources of drinking water. Also of concern were more than three dozen coal ash dumps at power plants in the region. The gray ash that remains after coal is burned contains potentially harmful amounts of mercury, arsenic and lead.

Among the Superfund sites most at risk from Florence is Horton Iron and Metal, a former shipbreaking operation and fertilizer manufacturing site in a low-lying floodplain along the Cape Fear River outside Wilmington, North Carolina. The 7.4-acre (3-hectare) site is heavily contaminated with pesticides, asbestos, toxic metals and cancer-causing PCBs.

Upriver along the Cape Fear is Carolina Transformer Co., a 5-acre (2-hectare) Superfund site in Fayetteville that also contains contaminated soil and groundwater contaminated with PCBs.

Forecasts call for the river to crest Monday at Fayetteville at more than 62 feet (19 meters) — nearly 30 feet (9 meters) above flood stage.

In Elizabeth City, the Triangle Pacific Corp. site includes a World War II-era Navy blimp base along the Pasquotank River that was later purchased by a company that manufactured wooden cabinetry. The site is contaminated with toluene, acetone, cadmium and arsenic.

Also of concern is the sprawling Norfolk Naval Shipyard in Virginia and Marine Corps bases at Camp Lejeune and Cherry Point in North Carolina and at Parris Island in South Carolina.

The shipyard near the mouth of the Chesapeake Bay dates to 1767 and contains contaminated soil and groundwater from more than two centuries' worth of dumped hazardous chemicals. Hazards at the Marine bases include ground saturated with toxic chemicals, old paint, ash from old trash burn pits and unexploded ordnance.

Nationwide, there are 327 Superfund sites in areas prone to flooding or vulnerable to sea-level rise caused by climate change, according to an Associated Press analysis of flood-zone maps, census data and EPA records. Nearly 2 million Americans live within a mile of the most at-risk sites.