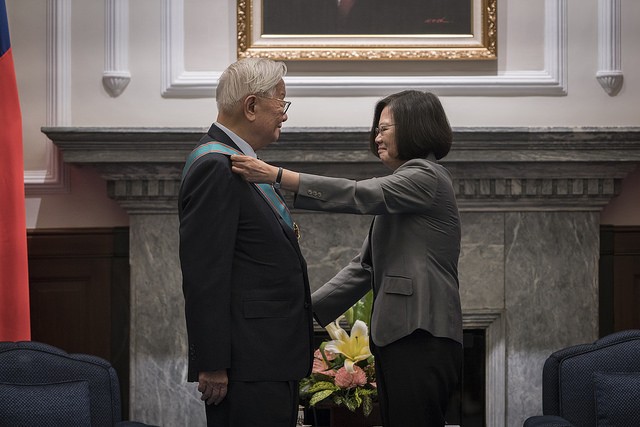 The conferring ceremony took place on Friday morning at the Presidential Office. President Tsai pinned the medal on the attire of the recently retired TSMC chairman in acknowledgment of his long-term contributions to Taiwan’s technological development, including leading the Industrial Technology Research Institute (ITRI), a government-sponsored non-profit institute, from 1985 and later establishing TSMC in 1987.

As TSMC has broken ground for its 5-nanometer chips production plant earlier this year in Tainan and announced its plan to build another fab for 3-nanometer chips, President Tsai pledged to provide all the support the company needs to continue to expand and innovate. She also commended TSMC for remaining committed to headquartering in Taiwan so that the country continues to play an important role in the world’s semiconductor manufacturing.

The 87-year-old founder, who was succeeded by Mark Liu (劉德音) and C.C. Wei (魏哲家) as respectively the chairman and CEO, said TSMC is “a very successful company, but it also faces many challenges.”

Voicing his concern over the global market that has been influenced by an ongoing nationalist agenda, Chang called for great wisdom of the TSMC leadership to keep the company in fair competition.

Chang also said competitors around the world will always try to challenge TSMC’s dominant position in the semiconductor industry, but he believed that the company will “continue to overcome various challenges, perform miracles once again, and make the largest contributions it can to our homeland” with the leadership of the new chairman and CEO. 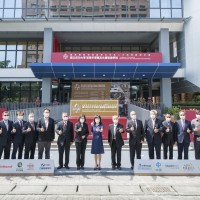