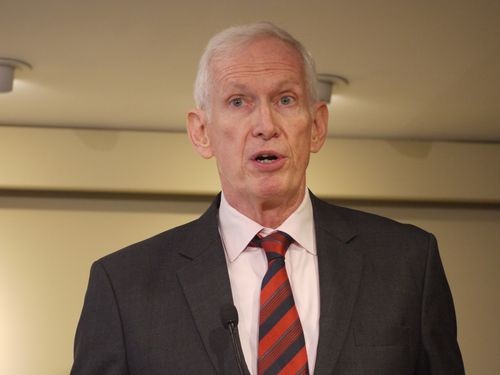 TAIPEI (Taiwan News) – The chairman of the American Institute in Taiwan (AIT), James Moriarty, said the recent decision by the U.S. to withdraw diplomatic envoys from three Central American nations, was made to show that China’s continual chipping away at Taiwan’s diplomatic relations would not be "consequence-free."

Speaking in Washington on Sept. 12, Moriarty said the decision was made to send a message to China and other countries considering breaking ties with Taiwan, and to discuss regional issues and strategy moving forward with the diplomats serving in those countries.

Moriarty was quoted by CNA as saying:

"We will tell the Chinese that picking off diplomatic partners of Taiwan is a source of great concern to the United States. We've been telling China as clearly as possible that these are not consequence-free actions."

The U.S. Government recalled its top envoys from the Dominican Republic, El Salvador, and Panama on Friday Sept. 7 over the Central American states recent switching of diplomatic ties from Taiwan to China.

Since the break with El Salvador, the United States government has noticeably changed its posture regarding Taiwan’s diminishing diplomatic relations across the world.

The severing of ties with El Salvador was called a “grave concern” by the White House two weeks before the decision to recall the ambassadors. Members of the senate have also proposed the "TAIPEI Act" aimed at strengthening Taiwan’s diplomatic relations and international standing since the break.

As Moriarty mentioned on Wednesday, the U.S. State Department’s official position remains that neither side of the cross-strait conflict should attempt to radically alter the status quo. The recent move by Washington is a minor, but still significant, move to make that clear to China.

Moriarty seemed to allude to the possibility that the U.S. would consider recalling its ambassador to China if Beijing made any egregious attempts to alter the status quo.

Speaking at another event earlier this week, former director of the AIT, Richard Bush suggested that the move to recall the envoys was a means of "tilting the scale in Taiwan's favor," implying that the U.S. was making its intentions known to Beijing, and that Washington is prepared to respond in suitable measure to China’s efforts to isolate Taiwan diplomatically.